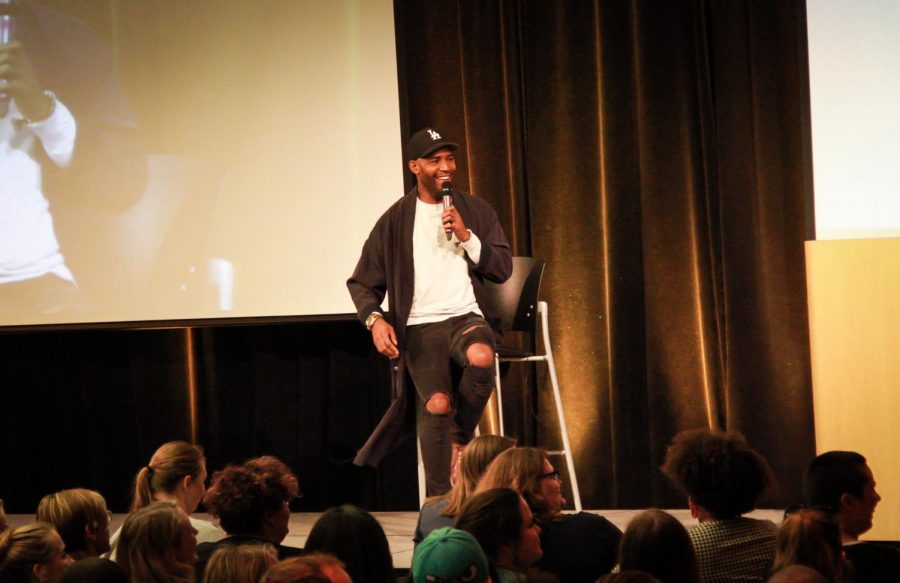 Karamo Brown of Netflix’s “Queer Eye” spoke in front of hundreds in the SU Ballroom Oct. 8.