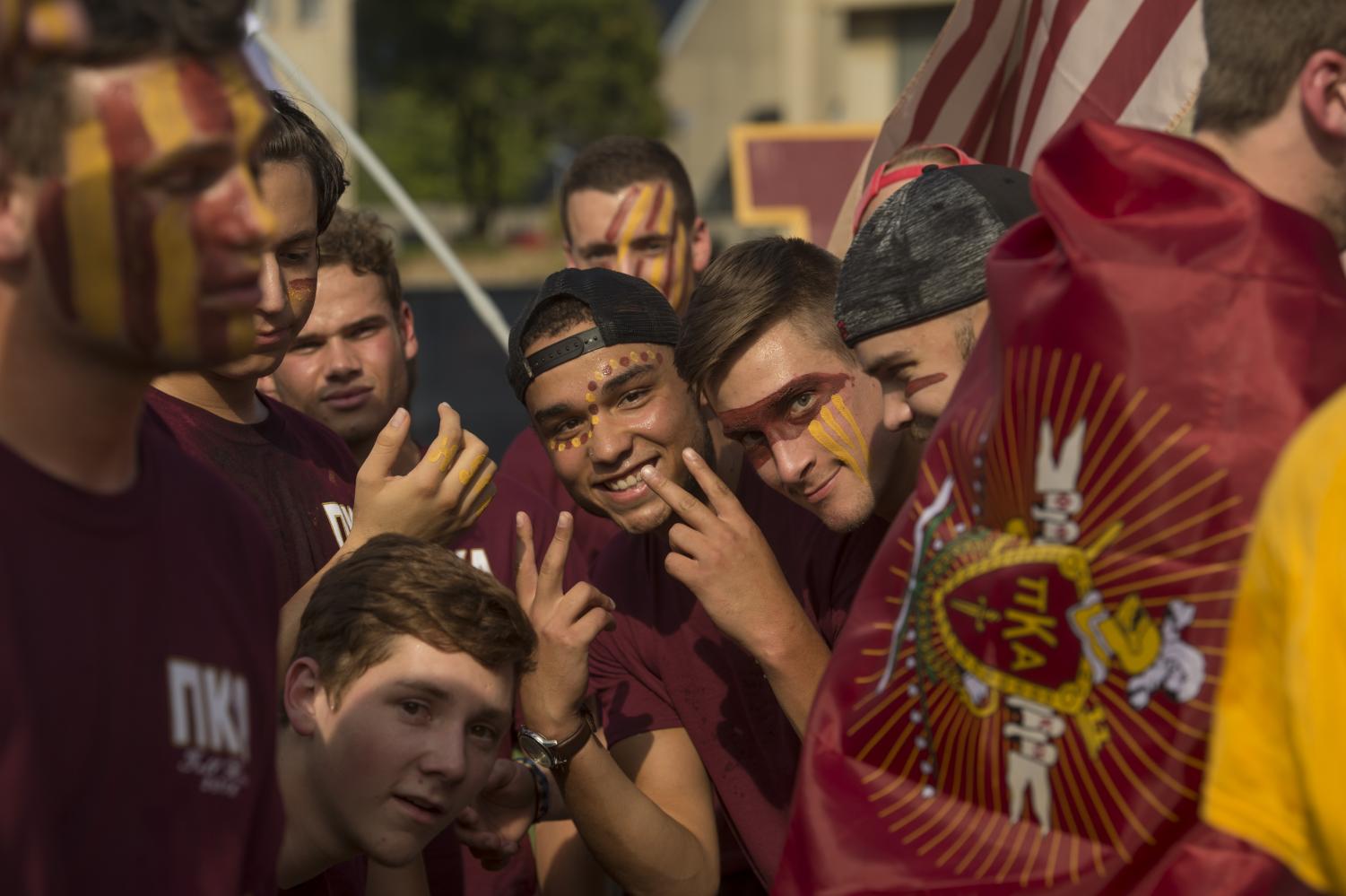 Going Greek: Bid day is for the boys

Fraternity rush starts Sept. 7 and during the event-filled week perspectives can look forward to laser tag with Phi Gamma Delta, a potluck with Tau Kappa Epsilon, capture-the-flag with Sigma Phi Epsilon and much more with NKU’s fraternities.

Rush is an annual event that all chapters go through as a semi-formal process of recruiting new members, but it’s not the only time to rush into a fraternity. At NKU, IFC extends year-round recruitment to upperclassmen; some fraternities also host spring recruitment, open to all students.

IFC President Isaac Dailey went through recruitment when he was a freshman because he didn’t know a lot of people at NKU. Dailey felt it was the best way for him to meet new friends.

“I think [Greek life] has developed me into who I am now with my work not only in my fraternity, but the whole community,” said Dailey, now in his senior year.

As the president, Dailey recognized the differences in NKU’s Greek life as compared to other college campuses. Some of those differences include having residential halls instead of houses, more affordable dues and a smaller Greek population. But he noted the benefits that it comes with as well.

“We are a culture that is just made up of a big diverse background of people just like NKU, and what makes us different is that we are very holistic in how we do things as a community. Everyone is very supportive of everyone else,” Dailey said.

Dailey said that support is something the Greek community does well. In the past year, NKU’s chapters of Pi Kappa Alpha, Alpha Tau Omega and Theta Chi received awards at the national level at their respective conventions. The awards aren’t just getting noticed by NKU, as Forbes also commented on our Greek Life on campus.

While you may be deciding which fraternity to rush, know that each fraternity on campus recruits based on the values their founders set up for the chapter. Yet no one person is the exact same as his brothers.

“We don’t just recruit one type of person; every fraternity has a diverse mixture in their own chapters,” Dailey said.

Dailey encouraged all students to come into Greek life with an open mind.

“Never think that you’re too good for something,” Dailey said. “If you’re the slightest bit interested, look into it because there’s amazing opportunities here.”