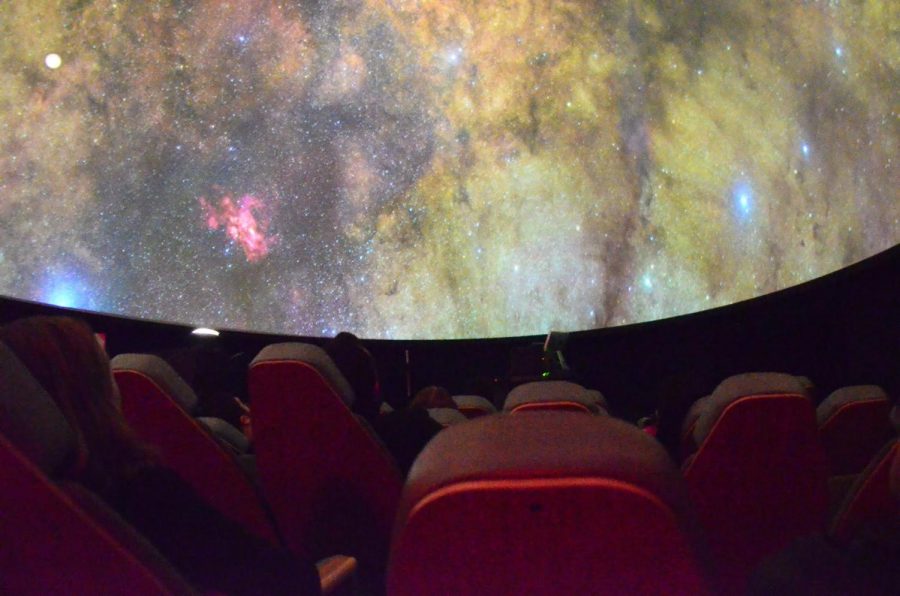 Looking for something to do on Friday nights this month? Try looking to the stars.

NKU’s Haile Planetarium has a full Friday night lineup for stargazers young and old, and it recently smashed attendance records for the second year in a row.

Located on the fourth floor of the Natural Science Center, the planetarium hit a record 12,000 visitors on May 24 with the “One World, One Sky: Big Bird’s Adventure” show.

“In the past, our biggest problem was that people didn’t know about NKU’s planetarium,” Speights said. “We had many visitors comment that they either didn’t know NKU had a planetarium, or they didn’t know that we have free, public shows.”

Speights said that after adding the shows to Facebook as an event, the planetarium had to triple the number of shows previously scheduled to keep up with the high demand online.

“The Haile Planetarium is no longer a secret in northern Kentucky,” Speights said.

The planetarium has grown over the last few years: in 2016, the number of public shows increased, and shows scheduled every Friday from January through June provided audiences with more opportunities to visit.

There are two shows every Friday night through the end of June at 6 p.m. and 7:30 p.m. The earlier show is targeted to families with kids in preschool through early elementary school. Visit the Haile Planetarium’s website for a public show schedule, program descriptions, birthday party information and more.