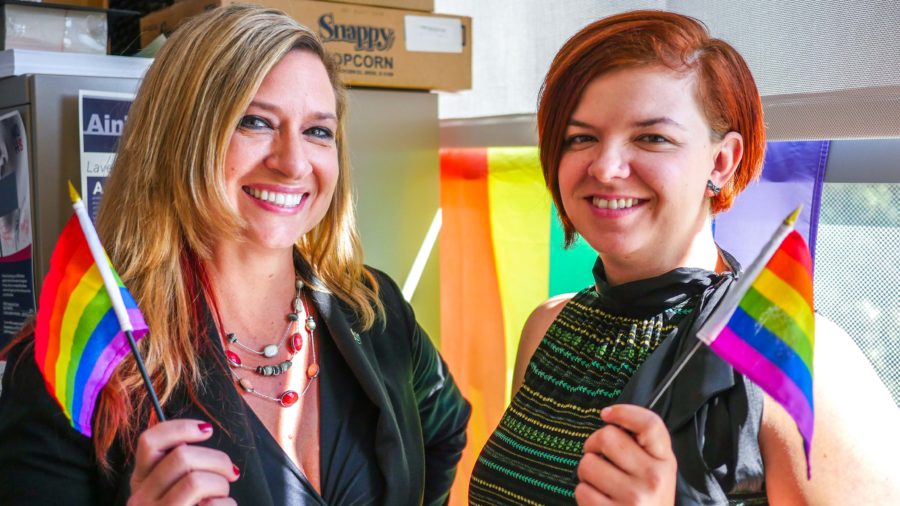 LGBTQ History month commenced at the beginning of October. Throughout the month. LGBTQ will host several events that both educate and spread awareness about the LGBTQ community.

The beginning of October marks the start of LGBTQ History Month, a month nationally dedicated to education surrounding historical figures who were members of the LGBTQ community.

NKU’s celebrations for the month are extensive, including a Drag Show to benefit the LGBTQ student outreach group Common Ground on Oct 21, Yoga on the Plaza on Oct 25 and an array of other events that spotlight the LGBTQ community.

Bonnie Meyer, director of LGBTQ Programs and Services at NKU, described the history of the month, stating that official LGBTQ nationwide recognition started more than twenty years ago with the recognition of LGBT Pride Month in June.

“Bill Clinton was the first person who, as President, recognized that June was an important month.” said Meyer, “And President Obama reaffirmed that about three years ago.”

According to Meyer, October was chosen for LGBTQ History Month since National Coming Out Day falls on Oct. 11.

This day corresponds with the National Gay and Lesbian Rights Walk on Washington, which first occurred in 1979. The walk was an organized event in Washington, D.C., which featured tens of thousands of members of the LGBTQ community rallying for the advancement of rights and protections.

“Pride is a lot of celebration, and it’s tied very closely to activism,” Meyer said. “Pride month is about being out in the community. History month is a bit different. It’s a time to come together, and to bring awareness.”

LGBTQ History Month is more often celebrated on campuses in our area, according to Meyer.

Meyer said that there is still progress to be made for those in the LGBTQ community within the Greater Cincinnati area.

“Covington is the only city in Northern Kentucky that has a Fairness Ordinance,” Meyer said.

She described local equality legislation that protects members of the LBGTQ community from discrimination.

“It’s completely legal to fire a person or discriminate against them based on their sexual orientation in most states in this country,” Meyer said.

LGBTQ Student Ambassador Elisa Argueta said LGBTQ Programs and Services at NKU has changed over the last year by making a significant effort to increase promotion and awareness.

“We have definitely stepped out more,” Argueta said. “We are more about visibility.”

According to Meyer, outreach and relativity have been significant focuses in recent LGBTQ programming at NKU.

“We enjoy the different programs that we’re able to put on that stimulate conversation,” Meyer said.

Argueta said that the office is open for any student concerns, including encompassing relationship advice and aiding individuals in finding other services.

“A lot of people don’t know where they can go to get help. We direct them where to go,” Argueta said.

According to Argueta, the next step for the LGBTQ community is reaching out.
“We need to reach out to people with different opinions” Argueta said, “We are not trying to sway anyone’s opinion, we just want them to know our side.” 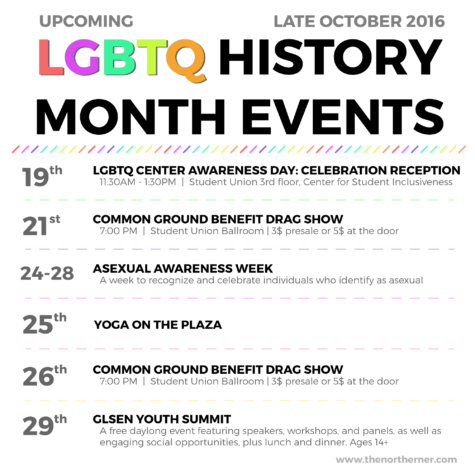