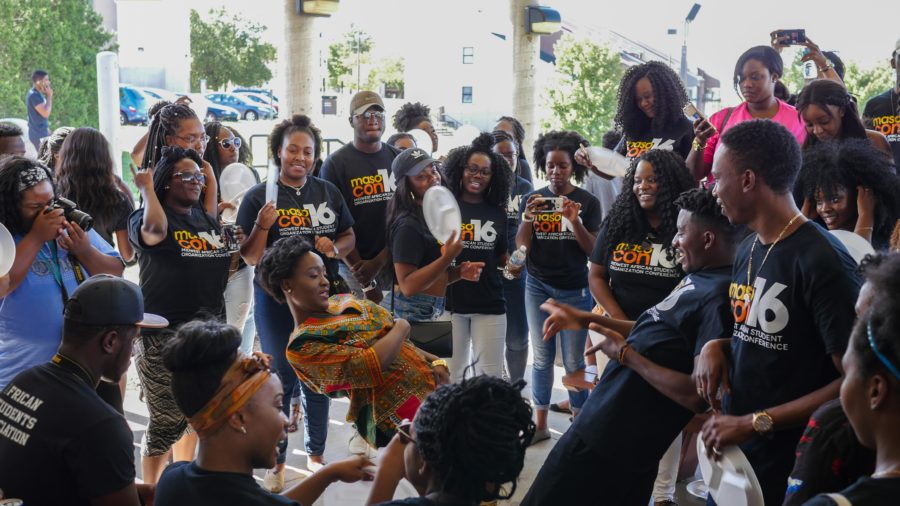 HIGHLAND HEIGHTS, Ky. — Memory Ntakirutimana said she has felt lost before being an African American in a nation with very different beauty standards.

The junior radiologic sciences major and vice president of NKU’s African Student Union wanted to bring these issues to the surface.

“We get here and we’re confused,” Ntakirutimana said. “You’re lost, you have your parents at home telling you what you’re supposed to look like, then you go out there and the world expects something different.”

Western beauty standards among other topics were discussed at the Midwest African Student Organization Conference Sept. 2 through Sept. 4. The event was hosted by Northern Kentucky University’s African Student Union.

The MASO Conference focused on building connections, Africans’ struggles in America and issues in African countries. The exchange of ideas and potential solutions to these issues were also discussed at the conference.

When choosing speakers, Ra-Akhenaten Kudolo, MASO Chairman and former NKU student said they searched for people under the age of 30 to make the speakers more relatable to the audience of college students.

“If you see someone who is in your age range doing great things it really shows you that you can be like that too,” Kudolo said.

The keynote speaker was Dr. Constance Iloh, an assistant professor at the University of California-Irvine and member of the Forbes 30 under 30 list, a list of 600 of the brightest young entrepreneurs and leaders.

“They can see themselves as her.  They love her, social media is going abuzz,” Kudolo said about Dr. Iloh.  “She spoke for maybe 45 minutes and my phone was going nonstop.”

NKU was chosen to host at the end of last year’s conference held at the University of Illinois Urbana-Champaign.

Ntakirutimana, junior radiology sciences major and vice president of NKU’s African Student Union, said that when NKU was announced as host she wasn’t sure they were ready.

“When we started getting ready for this conference we didn’t have a specific day we were meeting,” Ntakirutimana said.  Now, the African Student Union meets every Monday and Wednesday at 5 p.m.

Ntakirutimana said that summer break falling in the middle of their planning forced them to work even harder to get the event set up to run smoothly.

African Student Union President Irakoze Dieudone said the event went beyond his expectations after it was all said and done, even though there were a few hang-ups along the way.

“To be honest, I was worried,” Irakoze said.  “Especially being president you are very worried things are going to go wrong, and of course things went wrong.”

Time got away from the conference forcing them to skip Saturday’s “We Are Africa” photoshoot that was planned.

“You can’t change time, that was one thing I really regret,” Irakoze said.

Kudolo agreed that the conference went along better than expected, despite venues cancelling during the organization process.

“People we’re tearing me apart left and right,” Kudolo said.  “I kept telling myself this quote I always look up to, ‘When you want to succeed as bad as you breathe, then you’ll be successful,’ that’s my quote for this entire conference.

“I’m humbled and grateful this year came out so well.”

Irakoze said that the sessions allowed students to keep an open mind and participate in discussion rather than have someone stand up and lecture to them.

The MASO Conference closed on Sunday with a picnic at the Intramural Fields and Sand Volleyball Complex.

African music played over the speakers while people danced and sang.  The picnic featured an assortment of African foods such as puff-puffs, a doughnut-like ball of fried dough.

The MASO Conference allowed schools from across the midwest to come together and learn about Africa and connect with people who share a similar background.

“We literally have schools from Missouri, from Tennessee, everywhere, we have a school from Iowa,” Irakoze said.  “I can say I have friends from Iowa on a professional level, who really share my cultural background.” 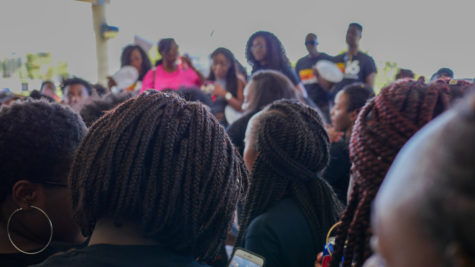