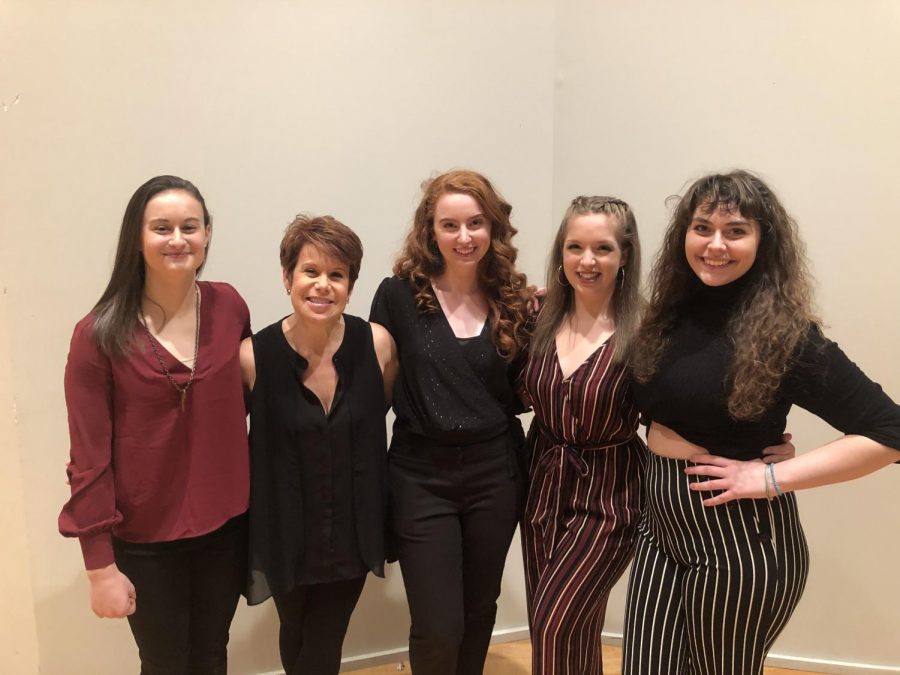 NKU’s dance program holds an Emerging Choreographers’ Showcase every year to spotlight student talent. This year the ECS will be entirely produced and choreographed by female students.

When BFA dance coordinator and assistant professor of dance Tracey Bonner began teaching at the School of the Arts five years ago, her students didn’t even have a performance opportunity for the fall semester.

“One thing we know from higher education studies is that when students can come in and be involved in a major project within their field of interest … their retention rate is 85 percent higher,” Bonner said.

With the help of one of her students, Bonner created the ECS, which is completely student-run to encourage students to not only get involved on stage but to gain experience in choreographing, designing and stage managing.

According to Bonner, there are currently no male dance majors in the BFA dance program, however this has given the showcase the opportunity to address a topic that affects all women in the performing arts field.

Michael Hatton, theatre and dance program head, said that dance, which has been a component of theatre since at least the sixth century B.C.E., typically recruits the help of a technical director to oversee and ensure all production elements of the show work properly and safely.

In addition to technical directors, staff designers are also recruited to manage various components of a production such as lighting, scenery, costumes, wigs and makeup, sound and a conductor if there is a live orchestra. According to Hatton, until recently, these roles have typically been occupied by men.

“The design areas of lighting, sound and scenic are more readily connected with jobs men would have in other areas of society, and tended to require physical effort traditionally associated with males,” Hatton said.

According to a gender equity report published by the Dance Data Project (DDP), few career opportunities exist for women in ballet beyond dancing or teaching.

However, SOTA faculty refuse to let these statistics be true for their dance department.

“In our program, we are 50/50 male and female in our design/tech faculty. It is critically important for our female tech/design students to have female mentorship and to learn how to navigate the challenges of being a female in a male-centric industry,” Hatton said.

Franchesca ‘Frankie’ Montazemi, senior BFA dance major, is just one student who has benefited from the female mentorship offered at NKU. Montazemi is the co-artistic director of ECS for Fall ‘19 alongside senior integrative studies major Anna Gortner. Both women work and communicate regularly with Bonner to make sure the showcase reaches its full potential. Bonner, Gortner and Montazemi all encourage other women in SOTA to get involved in the ECS.

“What we are offering as a completely female-led production is openness and caring while still being professional, which a lot of people don’t expect,” Montazemi said.

According to Montazemi, Bonner has established a circular nation concept for the showcase’s leadership—meaning if a student is a good fit for ECS, they will be asked to assist at this event and then will assist with a larger dance concert in the spring semester.

The showcase centers around the idea of continuous mentorship, so that everybody feels that they are offering a specific contribution to the overall growth and success of the programming, Bonner said.

“The idea is that you continue this leadership circle and adding more people to the mix, and we just happen to be all ladies right now,” Montazemi said.

Montazemi, who danced competitively for a studio run by women prior to attending NKU, describes the process ECS choreographers and dancers undergo as rigorous.

According to Gortner, who grew up as a gymnast and then started dancing in productions, she and Montazemi gave the choreographers 10 weeks to create a two to four-minute piece of a dance style of their choice.

Every dancer had 10 minutes to learn and master each of the three combinations they performed in front of the choreographers. Once each of the 11 pieces was cast, the choreographers had three weeks to rehearse with their dancers before they had to present at least a minute of their work to a panel of professionals who then determined whether or not they could perform at the showcase. After the panel’s deliberation, six pieces were confirmed for the Fall ’19 showcase.

At this year’s showcase, the audience can expect to see a variety of dance styles, from a hip-hop piece about a rising phoenix to a tap piece all about vulnerability.

“Each piece has its own concept. It’s unique and personal to every choreographer,” Montazemi said.

The showcase is Nov. 25 at 6 p.m. in Greaves Concert Hall. Admission is free.