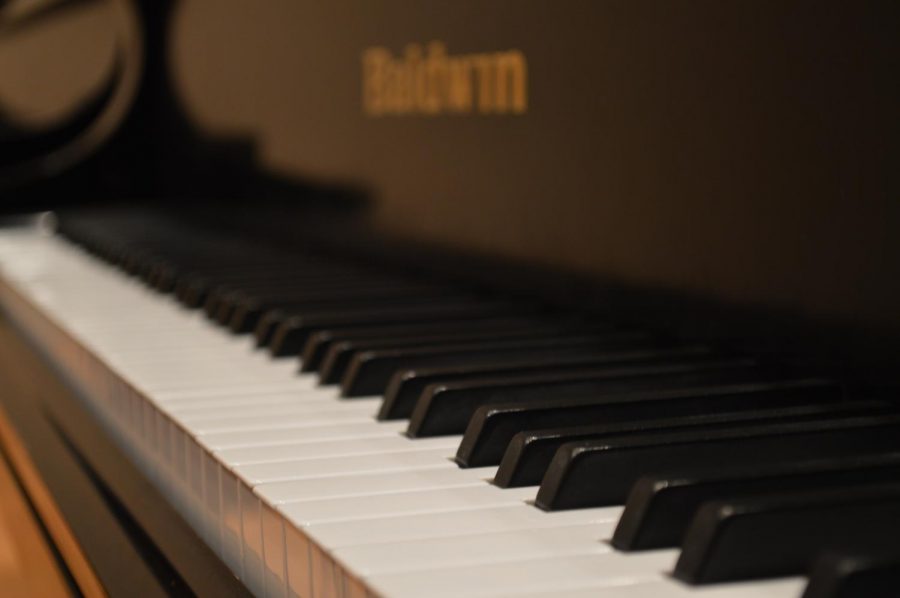 NKU’s Keyboard Plus Festival was in Greaves Concert Hall on Saturday.

Keyboard Plus Festival draws in musicians young and old

The festival took place in Greaves Concert Hall on Saturday

NKU’s Keyboard Plus Festival brought pianists from ages five to 50 to the stage in Greaves Concert Hall on Saturday. Professor Richard Van Dyke, the event’s coordinator, keyboard area coordinator of the music department and full-time lecturer, acts as an independent music teacher outside of the university. He brought in his students from his private studio to help raise money towards the repairs, replacing, and maintenance of the music department’s pianos.

The festival consisted of 4 separate recitals over the course of the day, running from 9:30 a.m. to 4:00 p.m. Those performing would pay a $25 admission fee to register, and $18 of that fee goes toward the purchase and repair of the pianos. Additionally, they have an ongoing donation box where anyone can donate to the Northern Kentucky University piano fund.

“We just need to update some stuff, get some better quality of instruments to build our music program,” junior piano performance major Megan Knudten said.

According to Knudten, a lot of the pianos in the practice rooms at NKU haven’t been treated as well as they should have been, and some of them are just getting to be too old.

“We need new pianos so badly,” freshman piano performance major Marisa Green said. “Even the best pianos that we have are not that great.”

The damage to the pianos includes everything from broken strings and brittle hammers to etchings in the lid of the Steinway piano. The Steinway piano’s etchings, however, are not a priority on the list of repairs, as that piano is one that the department plans to replace.

“We figure that each upright that we can replace is a step in the right direction,” Van Dyke said.

According to Van Dyke, replacing an upright piano would cost around $6,000, and replacing the Steinway piano would be an estimated $179,000. While he doesn’t anticipate the event generating that much money, for him, every little bit counts.

“It’s a small drop in the bucket, but it’s a start,” Van Dyke said as he addressed the audience.

Additionally, the university will be giving the music department $148,000 for the purchase of new pianos. That money will be enough to purchase two grand pianos, according to Van Dyke, and maybe three or four upright pianos.

For Van Dyke and the students, however, there was more to this event than just raising money to repair and replace damaged equipment–it was about gaining performing experience too.

“I’ve been performing basically all my life, but I’m still not comfortable with it,” said Green. “So, you know, that’s always fun, but I think the more you perform the better you get at it.”

According to Knudten, it was a great opportunity for music majors and other pianists like the young kids, adults and college students to be able to perform and get experience.

“I think it’s really fun to get to see all the different levels, and I think it’s just a really good opportunity to raise money and also to encourage other pianist in the area,” said Knudten.

The festival was also a chance for Knudten to get in some experience performing for her own upcoming solo recital and run through all her pieces.

“I have played in every recital so far today,” said Knudten. “I split up my recital program so that I could practice it.”

Van Dyke said what gets kids or beginners to stick with the piano is getting to hear what an accomplished player can do with it, and what those chords can sound like.

“My younger students would stay with me for ten to twelve years because they heard that one great piece when they were really young that they wanted to eventually do,” said Van Dyke.

The piano program at NKU is growing and thriving with a great support system to help them to move forward, according to Van Dyke. He said NKU has some great pianists, and the music program hopes to have many more in the future.

“We’re just really excited that the dean has given us some funds and given us the opportunity to be able to do something like this,” said Knudten. “We’re really building the piano department. It’s grown a lot since I started here.”