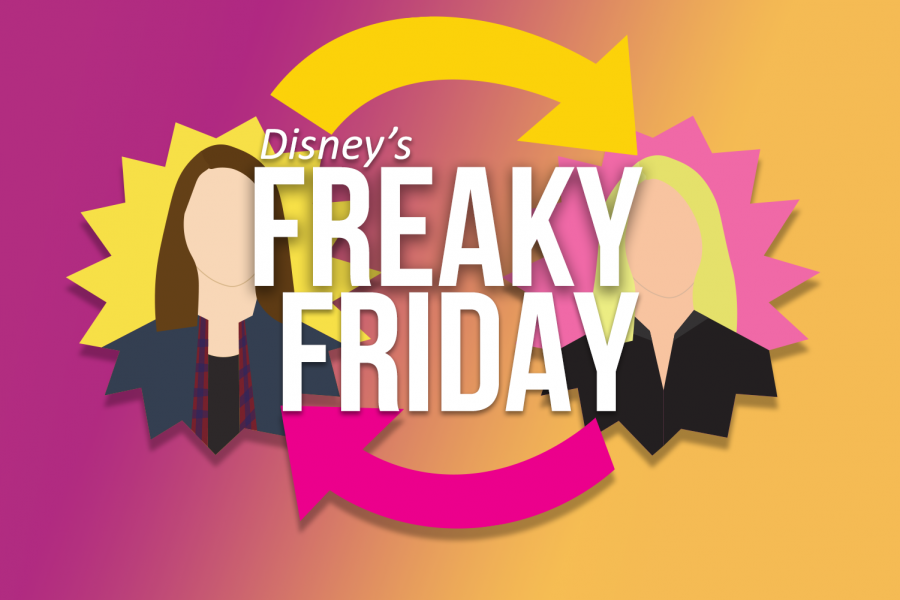 “Freaky Friday,” a 2003 film starring Jamie Lee Curtis and Lindsay Lohan about a mother and daughter whose bodies are magically switched, is a memorable Disney live-action film from the current generation’s earlier years. Now, NKU’s School of the Arts will be one of the first programs in the region to perform the new musical adaptation.

Typically, director Jamey Strawn likes to direct musicals and put his own spin on them, like in 2016 when he completely changed Stephen Sondheim’s musical “Into the Woods” to be set inside a library. Because “Freaky Friday” is not a well-known musical, he hesitates to change it too much.

“I’m a symbolic director and I like to find symbolism in things, so I have talked to the cast members to ask them what pillars of the story are symbolic moments and how we can highlight them,” Strawn said.

Strawn has worked on finding ways to make a newer musical stand out to the community.

“I purposely decided to build tracks for characters. So, a character will play grandpa, he will also play an officer and a school teacher,” Strawn said.

Strawn thinks it will be fun for the audience to watch students jump into completely different roles in the same show, and is aware of the expectation of the level of proficiency attached with “Freaky Friday” being a Disney production.

“Disney productions tend to be busy shows. You end up doing a lot of logistical homework, planning out who is going to be where when,” Strawn said.

There is a lot of work that has to be done behind-the-scenes before even thinking about character development.

“It’s not so much about who is in love with who or what are they thinking. It’s about where does everything need to go. There is so much movement and things going on that you have to make sure everyone is safe,” Strawn said.

“We have never worked together collaborating outside of a duet we did last semester. It’s funny because it’s a similar relationship to the characters we are going to play in this show,”  Hack said. “Blair is not an uptight person, but as far as the dynamic of our relationship, it’s kind of parallel to the roles we will be playing.”

Lamb agreed, saying the roles they’re playing are appropriate to their personalities outside of the show.

“I am a micromanager in my everyday life. I do like to be on top of things. I don’t get that vibe from Sarah in the best way possible. She is much more of a free spirit, which is who she will be playing for the majority of the show being stuck in the daughter’s body,” Lamb said.

Lamb was very surprised when she found out she landed the part. She didn’t do the typical in-person audition that the rest of her peers did—while auditions and callbacks were happening, she was working a summer stock job at Hersheypark, a theme park in southeast Pennsylvania.

“I had to send in video auditions for everything and was contacted by the directors all within a couple of days. It was nerve wracking and a lot of ‘self taping and hit the button and run to my place.’ It was a completely different audition and call-back experience than I have ever had,” Lamb said.

Both Lamb and Hack are making sure they stay on top of their physical and mental health because there is so much that goes into preparing for a great production. Hack said she is hydrating constantly and working out often, as the show is very physically demanding, especially at the beginning.

“The switch is going to be really challenging because while she is mostly the mom and I am mostly the daughter, at the beginning and the end of the show we are our ourselves. Going back and forth from such extremes will be challenging,” Hack said.

Both leads are excited to immerse themselves in this Disney production and see how the cast interacts with one another.

Freaky Friday runs from Nov. 15-24 in the Corbett Theatre. Tickets are available online at SOTA’s website and at the box office in the Fine Arts Center.