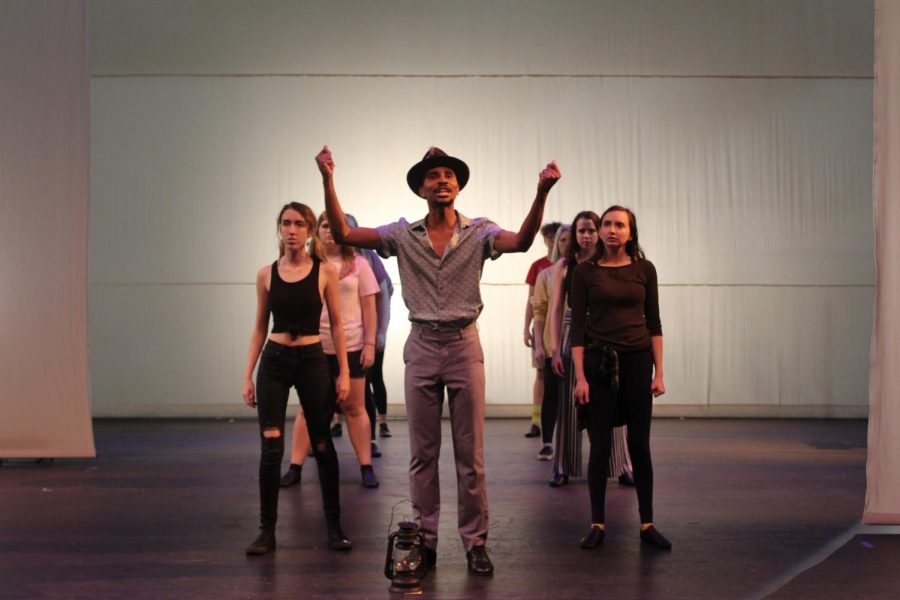 Forty years before the Civil War in New York City, William Henry Brown made the controversial decision to have his African-American theatre company put on a performance of Shakespeare’s “Richard III” at the same time as the rival Park Theatre. Opening on Sept. 26, the School of the Arts’ theatre department will be performing “The African Company Presents Richard III,” a dramatization of this historical event.

Written by Carlyle Brown in 1994, “The African Company Presents Richard III” recounts the harrowing story of the first African-American theatre company in existence fighting to produce Shakespeare’s “Richard III” at the same time as the leading, predominantly white theatre. The dialogue surrounding racial consciousness in the theatre world is at the forefront of this play and remains relevant today.

Director Daryl Harris said the department has been making a conscious effort to perform shows that feature diversity in characters, casting and story content.

“The more we do, the more we attract,” Harris said. “There’s an opportunity here because there’s a perception that there aren’t roles in a program like this for persons of color.”

Harris wanted to combine western theatrical traditions with many African approaches to storytelling to embrace a cultural blend. He experimented with lighting techniques, music and directly addressing the audience to create a unique experience within this show that won’t be found in other portrayals of this play.

“I like that it lends itself to explore non-traditional Western theatre practices while also embracing them,” Harris said.

Senior Sydney Dent, props master for the show, said Harris regularly has big concepts and ideas for the shows he directs.

“It’s very different from anything else you see on the main stage,” Dent said. “Especially with ‘The African Company,’ we’re seeing a lot more of the diversity that we have in the department that you miss out on.”

Senior Isaiah Reaves, cast as William Henry Brown, was asked by Harris to write a prologue for the show.

“It’s to pull us into the world of the piece, to use this to set the stage, to say the names of those whose names are never spoken, and then to dive into the play,” Reaves said. “It opens our hearts to what the audience is about to experience.”

A prologue has never been attached to any performance of the show. This concept is used to present historical context for a little-known event, and pay tribute to those who fought for the rights of people of color to freely create theatre.

“For me, I feel like without them, I would not exist,” Reaves said. “Their struggles and their suffering made space for me to enter theatrical space and do what I do.”

“The African Company Presents Richard III” promises to deliver a rare experience, being a play within a play that deals with racial tensions and blends African, Asian and European theatrical art. It illustrates the invalidation, struggles and disrespect the members of the African Company faced, and what they risked in order to pave the way for opportunities in diversity today.

“It will be a learning experience,” Reaves said. “I feel very strongly about audiences taking away something that they can use in their actual lives and their actual relationships.”

“The African Company Presents Richard III” runs from Sept. 26 – Oct. 6 in the Corbett Theatre. Tickets and showtimes can be found on SOTA’s website.