The student-directed play in the Henry Konstantinow Theatre will run Sept. 30 to Oct. 3

NKU’s Henry Konstantinow Theatre in the School of the 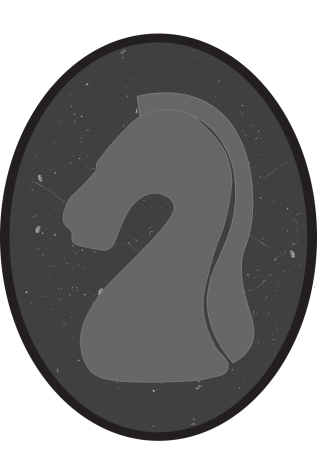 Arts has put on a number of outrageous and shocking student-directed productions, and “Equus” is no exception.

“Equus” is a horror-drama that follows the story of a teenage boy who gouges out the eyes of several horses in a stable. The boy is unaware of what compelled him to commit such a horrific act, so he enlists the help of a psychiatrist.

“I found “Equus” in high school and ever since I just wanted to be some part of it. I’m very into horror and drama. I think with “Equus,” both horror and drama kind of meet,” Helwig said.

“Equus” is the first full-length production Helwig has directed. He said that while he is primarily an acting student, he learns more while directing.

“You have full control of the set and what’s what’s presented in front of you. It’s more about the vision you want to create, rather than just one character,” Helwig said.

The cast has been rehearsing since the last week of August. Helwig said being on such a tight schedule was nerve-wracking at times, but that he trusts his cast and his vision.

According to cast member Cameron Nielson, sophomore integrated studies major, her favorite part of the play is how creepy the horses are. The Henry is “so cold,” which has been the worst part about rehearsals.

“We get to just move around and it’s really uncomfortable for the people watching,” Nielson said.

Nielson plays the part of the nurse and one of the horses in “Equus.”

“The horses act as a chorus, like in a Greek tragedy. They’re helping to move along the story and helping to tell the story,” she said.

Nielson said it’s meant to seem as though the horses have told the story of “Equus” several times before, and that this is just one re-telling of it.

According to Nielson, the show is meant to be creepy.

“There are supposed to be some jump scares. I’m really looking forward to getting to freak some people out. I’m not sure if people are going to like it, or if they’re going to be really grossed out,” Nielson said.

“Equus” will run in the Henry Konstantinow Theatre from Sept. 30 to Oct. 3. All shows will be at 7 p.m. The show is free, but seating is limited, so you must sign-up to secure your seat.

Follow @insidethehenry on Instagram for more details. Sign-up sheets for seating are posted outside the King’s Lounge on the third floor of the Fine Arts building. Viewers can also contact a cast member to be signed up for a seat.