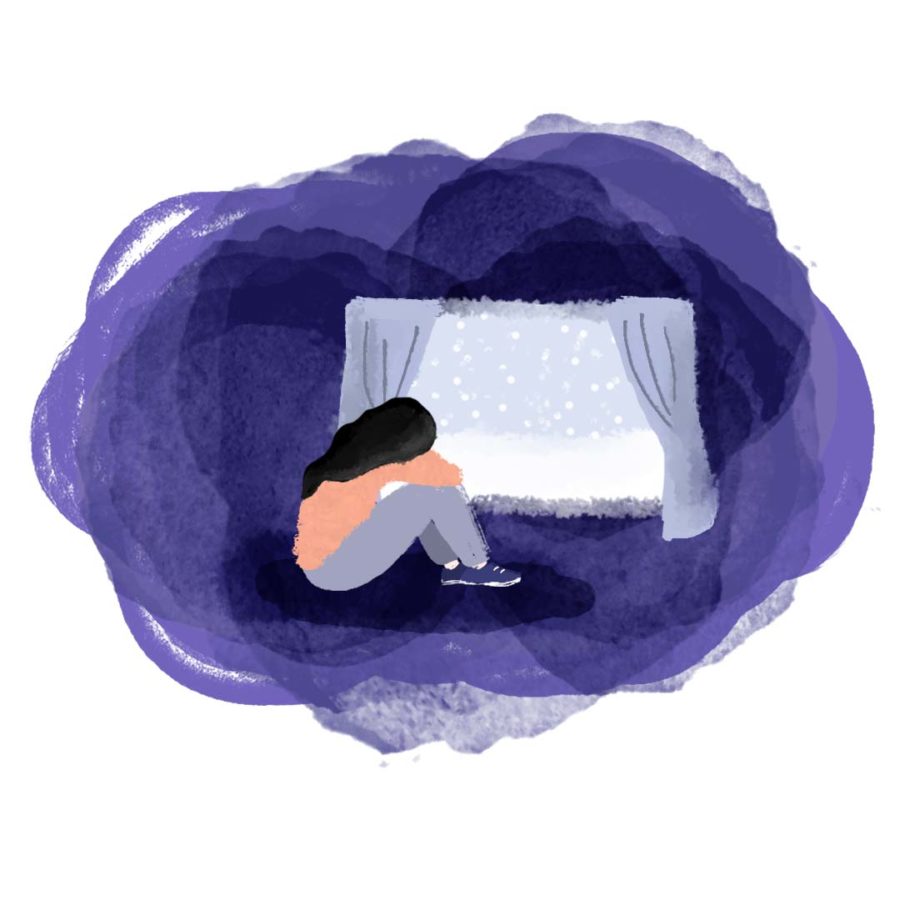 Everything is a bit moodier in the wintertime. Frigid weather, less daylight and barren landscapes work in concert to bring us that dose of the ‘winter blues.’ But for a subset of the population, these seasonal shifts trigger symptoms that can be debilitating to typical productivity.

This is a condition called Seasonal Affective Disorder (SAD), which is a form of depression with an annual seasonal onset usually striking in the fall and winter.

SAD is associated with a slew of symptoms similar to those of major depressive disorder, but it is distinct in that it plagues patients in a finite time of the year, according to clinical psychologist and psychology professor Dr. Ty Brumback.

The distance one lives from the equator corresponds with the risk of experiencing SAD. This is because the primary cause is deficient exposure to sunlight, which sparks a number of biological occurrences.

Estimates of the number of people suffering from SAD are unclear. Some estimates suggest its prevalence ranges from 0-10% of the population depending on the region, increasing in proportion as one travels further north.

Research has suggested a lack of sunlight can cause an abnormally low level of the mood-regulating neurotransmitter serotonin in the brain, contributing to symptoms like intense sadness, mood swings, lethargy and apathy.

NKU’s position well north of the equator renders days falling short of 10 hours of daylight throughout December and January, making sunlight tougher to come by now than in other times of the year. SAD also most commonly affects people aged 20 to 30, making college-aged populations vulnerable.

Decreased exposure to sunlight can also disrupt one’s circadian rhythm, a biological mechanism that secretes hormones in a pattern that influences consistent feelings of wakefulness and sleepiness that align with the time of day. The hormone melatonin induces tiredness when released and is produced at higher rates in the darkness. Shortened daylight hours–and more darkness–is a supported theory for SADs symptoms of perpetual fatigue and desire to sleep.

Weight gain during these seasonal shifts is another common symptom, as deregulation of circadian rhythm can create low energy that saps one’s level of physical activity, said Brumback.

While a small subset of the population meets criteria for diagnosis of SAD, Brumback says some estimates claim that up to 20% of the population exhibit some of the symptoms common in SAD. This can manifest in low mood and energy, dwindled motivation and lost interest in things that typically deliver joy.

“They still function about their day, but they’re walking around more fatigued, low mood, getting more sleep, maybe gaining weight in the winter,”  Brumback said. “It’s not that they necessarily need some major intervention or meet clinical diagnosis but [seasonal depression] still negatively affects their life.”

Light therapy is one of the most supported and feasible treatments for people diagnosed with SAD experiencing some of its symptoms.

“Specifically light exposure within the first two hours of the day,” Brumback said. “It helps reset that circadian rhythm … it shuts off the melatonin production.”

One student, who wished to remain anonymous for this story, said their experience with SAD has been long standing, hampering their social interactions and ushering in a cynical attitude since early teenage years. They use a lightbox as a proven and specific treatment for SAD but supplement it by practicing other healthy and mindful habits–journaling, eating well, doing light exercise and getting sufficient sleep.

Vitamin D deficiency is another common explanation for SAD given the hormone’s natural production in the body when skin is exposed to the sun. It also plays a key role in regulating serotonin.

Studies testing the efficacy of vitamin D supplements to treat SAD have yielded mixed results, but taking these vitamins is considered safe and potentially beneficial in mitigating symptoms.

Junior Madison Fulton said she went to a doctor after her mother pointed out irregular behaviors and attitudes emerging: inconsistent sleep habits, nap taking, trouble focusing on school work and low energy are symptoms that she struggles with in the winter months. She was advised to routinely take vitamin D supplements, which she says help her to function despite the presence of these symptoms.

But Brumback is careful to acknowledge the toll of SAD’s psychological and behavioral effects. Considering it’s a subtype of major depressive disorder, some people benefit from cognitive behavioral therapy to help reform thoughts and attitudes.

Freshman Leo Hall struggles with recurrent depressive disorder, but their episodes tend to emerge in the colder months. Spending time indoors with friends, playing games in the Student Union game room, going to the Campus Rec Center and seeing a therapist have been helpful parts of their comprehensive approach to combating the disorder, they said.

For students who recognize these symptoms in themselves or people they are close to, Health, Counseling and Student Wellness may be able to aid you in identifying appropriate treatments or action plans.