NKU sophomore builds her dance experience one summer performance at a time. 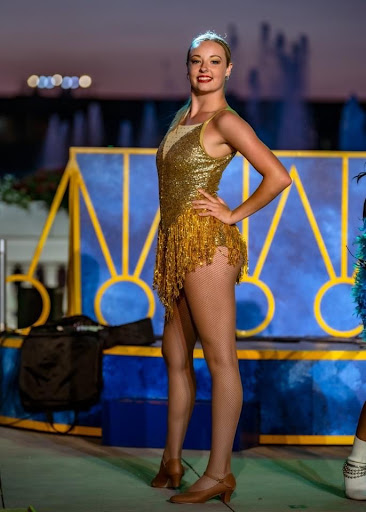 Gallery|4 Photos
Tcloyd Foto
Viars has spent the summer on stage as a Kings Island dancer.

Dance has been a driving force for sophomore Connie Viars from the age of three. If she could envision her life now, though, her three year-old self would likely be beaming with pride.

Viars’ strong dedication and passion for dance landed her in a performing role at Kings Island this summer.

Throughout the summer, Viars has been dancing her way through numerous shows and parades at the amusement park. May 13, the same day as the official end to the spring semester, was the beginning of rigorous rehearsals. Performance preparation would often last for nine hours, and it was no rarity to be in the rehearsal studio as late as 1 a.m.

While the schedule was intense, Viars embraced the experience.

“It was really, really fun actually getting to know all my castmates and then pushing myself as a dancer performer,” she said.

Viars made her dance debut as a toddler and continued throughout high school. While competitive cheerleading fought for her time for a brief period, dancing won the battle.

“I was doing cheer and dance simultaneously and I had to make a choice. I was like well, Dance Moms was airing at the time; I could be a dancer. We’ll try this out, and we’ll see where this takes us.”

Dance took Viars all the way to college program auditions, where NKU became her top choice.

Making the decision to focus her undergraduate studies on dance was a no-brainer, Viars said. There was no major that would bring her the same joy and passion as dance, and she had been perfecting her craft for so long she couldn’t foresee herself going in a different direction with her future.

As her first year continued, Viars made connections with other artists who performed at Kings Island. While pursuing a similar route interested her, she wasn’t sure how to get involved.

After her mother spotted an online flyer recruiting performers for the park’s 50th anniversary, the dance major took a leap of faith by auditioning and was hired.

Her experience at NKU equipped her well for the role of show and parade dancer.

Viars referred to audition preparation as something NKU had prepared her for. She utilized nutrition tips she picked up from her classes, and being away from home for long periods of time while performing was something she was already accustomed to from college.

Similar to her encounters in NKU’s dance program, Kings Island hosts many other talented artists.

“Everybody there is extremely talented in their art form. It’s great seeing the band play every night and playing with the vocalists on stage. Everybody just loves to be there,” Viars added.

While everyone at Kings Island embraces the arts, Viars hasn’t always had the same experience.

Scrutiny and criticism has not been uncommon in her life, and it is something she has come to accept. She recalls many people saying she won’t make enough money, she isn’t talented enough, and she needs a real and sustainable job for her future.

“People don’t understand the love someone can have for an art form,” she said.

All the criticism and hard work becomes worth it when she is on stage at Kings Island, though. Seeing all the smiling faces and cheerful kids enjoying her performance makes her feel like she is doing her job well and allowing others to have fun.

For anyone else considering pursuing the arts, Viars believes it will be worth it for them too.

“Look forward into the future and think of how much you want it. Let that be your driving force. If it’s what you are passionate about, you can be your own support system, even if everyone else in the world is telling you otherwise.”