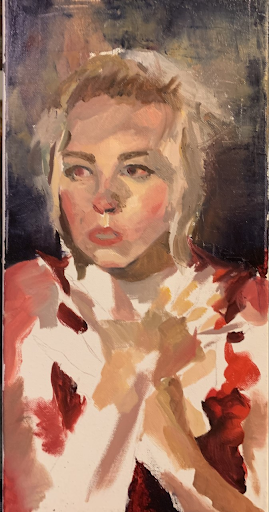 In progress picture of “Anticipation.”