A conversation with the new members of the Panhellenic Council 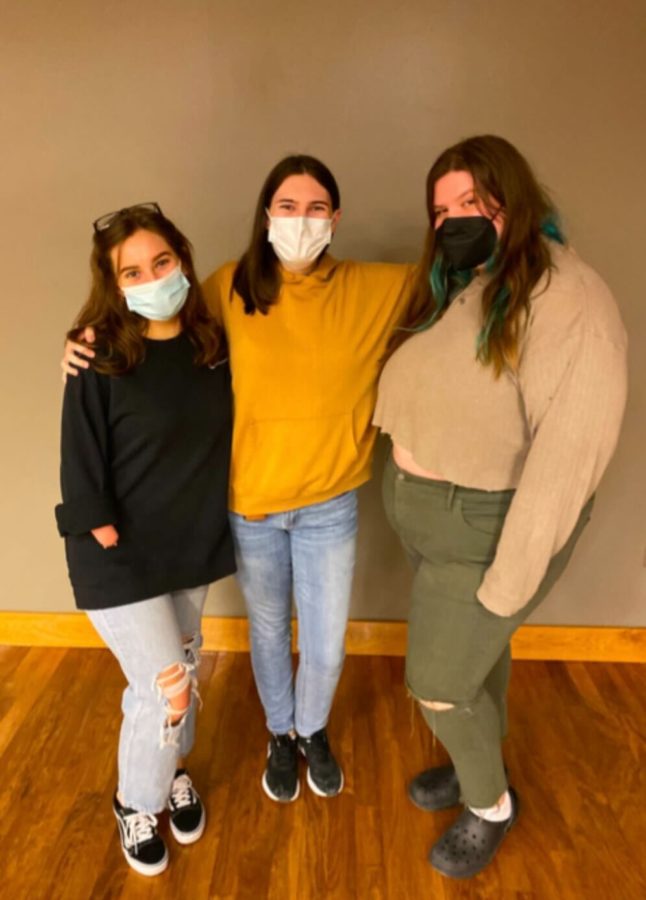 During the fall of 2021, members of Kappa Delta, Phi Sigma Sigma and Theta Phi Alpha joined together to take on the new roles of President, Vice President of Diversity, Equity and Inclusion and Vice President of Programming on the Panhellenic Council.

Kasyn Tapia is a resident of Dayton, Ohio but began attending Northern Kentucky University in 2019.

Now a junior, Tapia majors in Criminal Justice with a double minor in psychology and creative writing. Tapia took on the opportunity of becoming the new Panhellenic Council president.

“I wanted to challenge myself and my leadership skills. I also saw an opportunity to bring our NKU community closer together. I wanted Greek life to be fun but also a positive experience for all people involved. I saw work that had to be done to accomplish this and I wanted to try and start that change because I knew it wouldn’t happen overnight,” Tapia said.

Two other new executive board members on the council, Alyson Hamilton and Casey Williams, shared some information regarding their positions.

Hamilton, a junior majoring in nursing and sorority member of Phi Sigma Sigma, took on the new role as the Vice President of Diversity, Equity, and Inclusion for the Panhellenic Council.

“What I currently do is trying to promote Panhellenic as a safe space and to continue to promote the growth of the members of our community for education on Diversity and Inclusion Issues. With this being a rather new position on council, I have been gaining as much knowledge as I can so whoever takes on this position next will be prepared,” Hamilton said.

Hamilton took on this new role because coming to college in Kentucky and joining a sorority made her nervous.

“I was not aware of what the campus culture was and so looking back on my experience now, it made me realize that my main goal is for the NKU community is to know we are all here to support each other no matter our race, sexual orientation, and gender identity because we are all one community,” Hamilton said.

“Ever since I joined my sorority, I realized that I didn’t want to just stay within that. I also wanted to branch out and bond with all sororities because I wanted to get to know other people and other chapters. With that being said, what I love about programming is that it bonds our Panhellenic community and it helps connect us with other organizations as well,” said Williams.

The Panhellenic Council has been working diligently in the NKU community by holding fundraisers for those in need.

Recently, the Panhellenic Council worked alongside the Interfraternity Council and raised $3,300 dollars that went toward a tornado relief fund to provide Western Kentucky University resources for the tornado events that occurred this past December.

“This fundraiser is something that we all took great pride in and made a great impact on Western Kentucky,” Tapia said.

Tapia also mentioned that recruitment continues to take place during the Spring semester.

“Five of the seven chapters of the Panhellenic Council are recruiting new members and it’s going on until the end of the spring semester,” Tapia said.