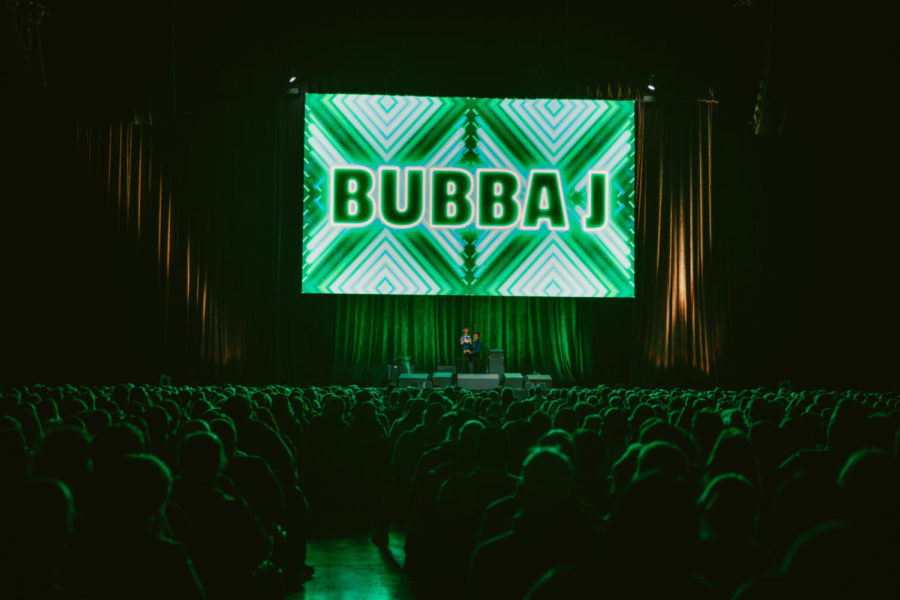 Gallery|9 Photos
Zayne Isom
Jeff Dunham brings out Bubba J, one of his puppets, to the delight of the BB&T Arena crowd.

Well-known comedian and ventriloquist Jeff Dunham took the stage at BB&T Arena on Wednesday, Feb. 9 for the 14th show of his “Seriously?!” tour. Other cities in the tour included Kansas City, Chicago, St. Louis, Charlotte and more of America’s largest cities.

NKU students seemed to be excited about this very famous comedian coming to campus. Though Jeff Dunham speaks to an older demographic, there are many fond memories that can be connected to his shows.

Anna Resing is a junior double majoring in business management and entrepreneurship and said that Wednesday was her first time seeing Dunham in person.

“I’ve been a fan ever since I started watching him with my grandpa when I was younger,” Resing said.

Resing still says that her favorite part of his shows is when he brings out José Jalapeño on a Stick, his oldest puppet, and does a skit with him.

Jeff Dunham has been practicing ventriloquism since the 3rd or 4th grade, so it is no surprise that such a large crowd came out to experience the hilarity of the act. Along with his characters, he has made quite the name for himself by performing all over the United States and even having several comedy specials made.

Dunham was introduced to the audience with a hysterical video featuring his puppet friends to fire up the audience for what was about to happen. He began the show with some stand-up comedy in which he spoke a lot about his family and how his twin boys looked the same but couldn’t be more different personality wise.

Along with these jokes, he was getting a feel for the audience by telling some politically based jokes and showing some true Bengals spirit by shouting “Who Dey?!” to the crowd with which they proudly shouted back. The crowd had a positive reaction to these jokes, which set the tone for the whole show.

The show was continued when Dunham brought out his first puppet, Walter. The puppet came out dressed as President Joe Biden, which brought on a series of laughs from all around.

The show went on in the same fashion with some of his most famous puppets, including Peanut, Bubba J, Achmed the Dead Terrorist, and his new character Larry.

Larry the Advisor is Dunham’s newest character. He is a nervous White House advisor who brings outrageous stories from being the assistant to the president to the stage. This new persona captured the audience’s attention and had them falling out of their seats with laughter.

Almost everyone inside BB&T Arena was laughing on Wednesday. Fans who saw Jeff Dunham at the BB&T Arena went home with new memories and jokes to tell at the dinner table.

You can see more of Jeff Dunham’s comedy shows on many streaming services, including Netflix.