‘I’ve never seen ‘Torch Song’ be done with a Black man as the lead,’ SOTA student describes his experience in mainstage play 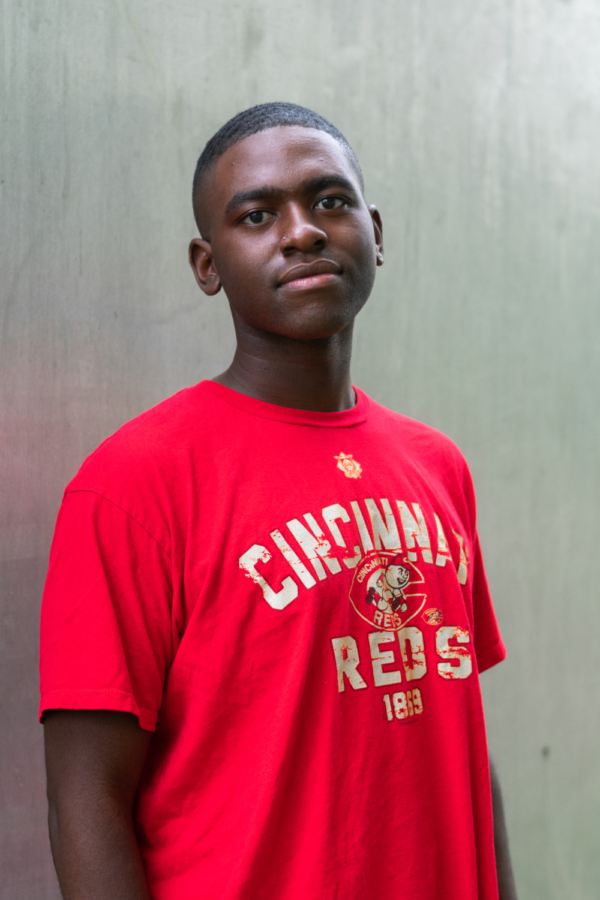 “I didn’t think I was going to go to college because of money,” Shack said. “Thinking of going to a school for $20,000 a year really wasn’t a goal until it became a goal. NKU really gave me an opportunity, and I am so happy and blessed that I have gotten as far as I did with these four years.”

But even before going to Cincinnati’s School for Creative and Performing Arts, Shack had always loved getting to talk in front of other people. Shack described a moment in middle school when he first started to learn more about performing.

“The assignment was to memorize a poem and perform it in front of the whole class. Everybody else didn’t memorize the poem, or people didn’t want to do it,” Shack said. “But I went home and studied it and performed it for the whole class and walked around the classroom and was very theatrical about it.”

“I’d seen these people on stage with the hair, makeup and costumes. From that moment on, I knew that was what I wanted to do. It has always been something a part of me before I even knew that it was a thing I could do for a job,” Shack said.

Throughout Shack’s journey through high school and college, theatre still has the same meaning to him.

“Theatre means to me to tell the important stories of people who don’t have a voice,” Shack said.

Specifically with “Torch Song,” Shack described what it has been like getting to play Arnold.

“Not only are we putting on a show with a gay man, your lead is a Black gay man. You just don’t see that all of the time. I’ve never seen Torch Song be done with a Black man as the lead,” Shack said. “That is what Theatre means to me, putting people on a pedestal that has never really had the chance to be sat on a pedestal.”.

Throughout the rehearsal process, Shack mentioned ways he felt similar to the character he plays on stage.

“I see a lot of myself in him. It has been more natural, and a challenge has been to be on stage and to be an actor even though my part speaks so much to me. Even though a lot of these components are my life, it isn’t my life,” Shack said.

He also added how this role has inspired him and how he wishes his younger self could see what he is doing in this show.

“I find myself at rehearsal thinking about how proud that 12-year-old gay boy would be right now,” Shack said.

Despite the challenges Shack has gone through while doing this show, he is most excited to be on stage again and have fun doing live theatre.

“It is very fulfilling to be able to play a character that is so in close proximity to my life. Getting to go through such interesting twists and turns and be able to witness the unfolding of a person’s life has all been so fun. There are some moments where I get discouraged like I could have done something better. But at the end of the day, it has been so fun to play such a carefree and confident character,” Shack said.

“Torch Song” runs from Sept. 29th to Oct. 9th in the Strauss Theatre. To purchase tickets online, you can visit https://www.nku.edu/academics/sota/events/tickets.html.