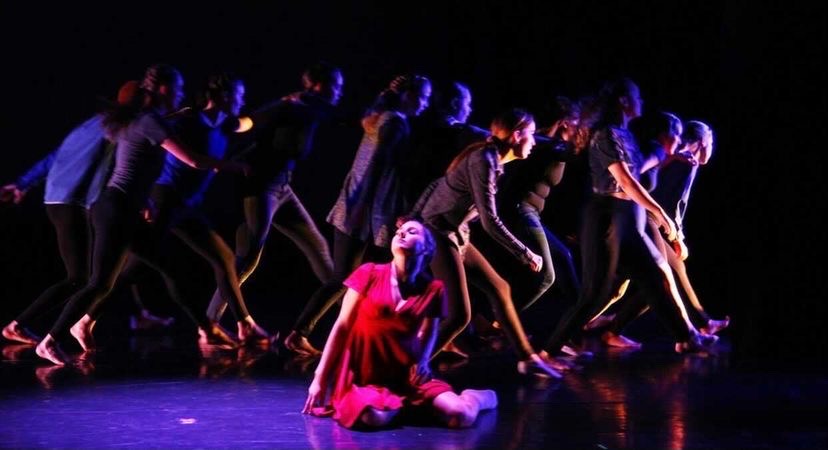 Last year over spring break, junior musical theatre BFA major Arianna Catalano was visiting New York with her mom to take some dance classes and watch a few Broadway performances. Little did she know, she was at some of the last performances before Broadway would shut down due to COVID-19.

“I remember being in New York and I was like, ‘oh people are getting kind of weird about this, there were people wearing masks at the airport,’” said Catalano.

When Catalano returned home from New York, many of the projects she was scheduled to be a part of, like NKU’s production of Mamma Mia were canceled. Catalano said that she had a contract to do another production of Mamma Mia at the end of last summer, but it was canceled too. Despite all of the cancellations, she said having the time off was a blessing in disguise.

“I had to learn how to slow down, which is something I don’t like to do,” Catalano said.

Catalano utilized her time away from productions to focus on strengthening her dance and vocal techniques. She was also able to take virtual masterclasses instructed by Broadway dancers which isn’t normally an opportunity that would be offered.

“I look back at myself last year and where I am this year, and I’ve had a lot of improvements and a lot of strides that I’m really proud of and I don’t think I would have made those if it weren’t for COVID, which is weird to say,” Catalano said.

During the fall semester, Catalano was able to choreograph a piece for NKU’s student-run dance concert, the Emerging Choreographers’ Showcase. She was also a part of NKU’s production of Falling and Loving, which was filmed last fall. Catalano said both experiences were a good outlet as a means of still being able to perform because dance classes weren’t being held in any of the studios, and theatre classes were mainly online.

“Maybe a good thing about COVID was that I got to try something different—I got to try being the brain behind the piece as opposed to actually being in it,” said Catalano.

This summer Catalano said she is looking forward to being a part of a production of Little Shop of Horrors that starts rehearsals in June.

“Broadway still isn’t back, but there’s a lot of summer theatres—that are starting to open back up again and it’s kind of giving everyone a little sense of hope.”