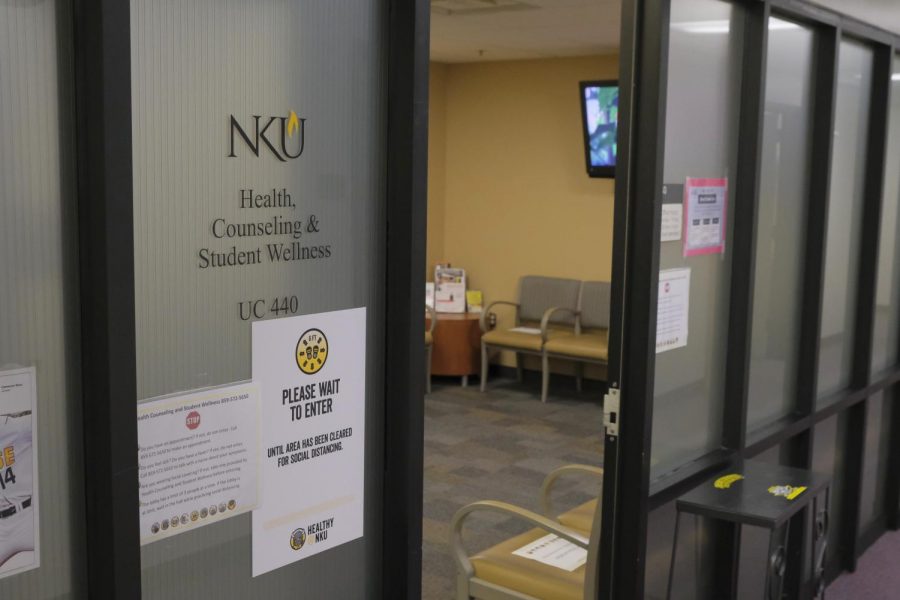 Counseling center: meeting students where they are

One of the biggest concerns for Amy Clark, director of Student Counseling Services, during the past year has been being able to meet students’ needs—wherever they are. Because of COVID-19 and the need to be physically distanced, the office has created new operations to help make themselves able to do so.

At the beginning of the pandemic, they began offering telehealth counseling, a system where students can meet with their counselor over audio-video. According to Clark, this decision increased their counseling numbers.

“We were able to reach a number of students who weren’t just on campus, but maybe they were still at their home or wherever they were currently residing,” Clark said.

Another big decision came in January when the office decided to suspend the counseling fee for the semester. Before the semester started, there was a $15 fee per session that patients would have to pay. After that call was made, she said the word spread around fairly quickly.

Although the past has been rather different for the office, Clark is still looking forward to the fall. The office currently plans to continue the suspended counseling fee, expanding the internship program and working with the mental health advisory group on some other plans.

“I’ve gotten a ton of a ton of positive feedback in regards to [suspending the fee], and stories about, ‘hey, I would have never considered coming to counseling except that the fees were suspended and so I thought, why not,’” Clark said.

One of these students was La’Naiya Coney-Brown. Coney-Brown said she didn’t take care of her mental health and didn’t know where to go during the pandemic and didn’t feel comfortable reaching out and trying to figure it out.

She originally was using the telehealth counseling option during the end of the fall semester and found some difficulty. She said she decided to keep coming because of the price change.

“I honestly wish I’d done it earlier, just because of how much progress that I’m seeing in myself already and it’s only been one semester,” Coney-Brown said.

She said there was difficulty breaking a couple of norms before she could come to counseling—one of those being African American. It wasn’t something she grew up with so it was outside of her cultural norms. She found herself stepping out to break the cultural norms and stereotypes that she built subconsciously.

Now since attending counseling, she found some changes and has been able to pick up on when she begins to spiral and find the root to her panicking.

“Prior to counseling, I would panic and my whole day would be ruined. I wouldn’t do anything, so in class, I wouldn’t do any homework, I would call out of my internship, and I would literally just sit in bed and eat,” Coney-Brown said. “Now, it’s like I can recognize the root, I can try to track down to the root of it, and I’m hitting it, and I’m moving on with my day.”

Coney-Brown said that she found a lot of stress earlier in the semester from balancing school and her personal life. She recognized that she was taking six classes toward her psychology major, being an intern at Every Nation Cincinnati Church and other things outside of school. She was completely slammed.

She and her counselor saw a change once her three seven-week courses were finished.

“Afterwards, is when things started to ease, and we started to see that kind of shift, even in counseling he had noticed how I wasn’t as tense. I wasn’t as anxiety-driven, and it was because my workload had decreased,” Coney-Brown said.

When it came to moving in person, she realized that she likes being present with someone rather than being online

Tara Arrasmith, student intern in the office, said that she likes telehealth for what is currently going on in the world around us. However, she personally prefers to do in-person sessions with her clients.

With that, she’s looking forward to next semester because of the sense of normalcy.

Since Arrasmith joined in January, she found that many students are having a hard time when it comes to adjusting to college life during the pandemic and feeling isolated and not being able to meet new people due to the pandemic. One way that she has found to help comfort students when they come to her is her ability to empathize with them.

“I empathize with them. I understand, yeah, It has been difficult for everybody with things being closed. I tried to give them hope that we’re supposed to open up more in the fall and that now the state is starting to open up more,” Arrasmith said.

She also pushes people to practice self-care activities in their daily routines as she also practices some in her routine. Practicing self-care is something that Clark encourages the staff to do.

For Clark, this often looks like surrounding herself with support and relying on her faith and relationship with God while also attending her own therapist to reflect and process everything.

“For myself as well as just my staff in general, that unless we’re kind of taking care of ourselves, it’s really difficult for us to be present for students and expect them to kind of make changes, and being able to be their healthiest self if we’re not doing our own work,” Clark said.