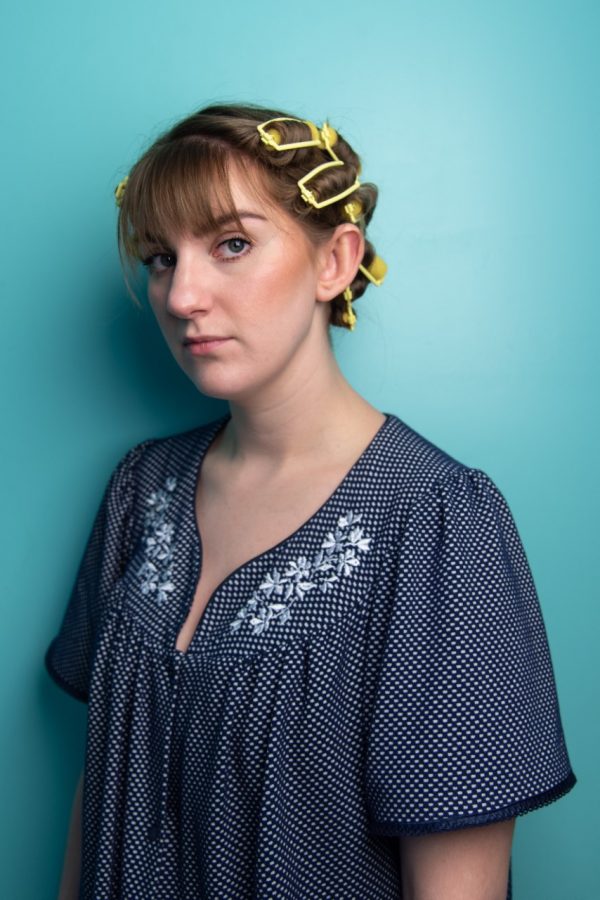 An at-home portrait of Watson from last spring semester.

A conversation with alumna Jasmine Watson

Since alumna Jasmine Watson graduated last spring with a Bachelor of Fine Arts in photography, she said she has felt like her life has been put on pause.

“When the pandemic hit, I was in the middle of doing my thesis work for my senior exhibition and that was about my mom and grandma, and my mom is from Louisville—I was living in Northern Kentucky going to school there and so when the pandemic started, traveling had to stop so my thesis was effectively shut down,” Watson said.

“It was really discouraging to have to stop making work that I really cared about and that I felt had something important to say,” Watson said.

Watson said around the same time she also made the decision to quit her job so that she could focus solely on school. In addition to working on her thesis, Watson was also working on a portrait project for another class and used her partner as the subject.

“It just wasn’t something I was really interested in making, and he doesn’t like being photographed either, but he was what was available to me,” Watson said.

After graduation, Watson said it wasn’t until October that she made a photo she really cared about again.

“One of my family members did end up passing from COVID, so it’s been hard to be an artist,” Watson said.

Despite feeling stuck artistically, Watson said she finds inspiration when she visits her partner’s parents and normally takes a lot of photos of their property.

“They live in a really rural area so it’s just very beautiful to be there and so that helps,” Watson said.

Watson has been unemployed for most of the pandemic but said she has a promising position at Newport Aquarium as a photo lead lined up that starts soon.

“It’s been pretty hard just trying to stay creative and I keep trying to remind myself a pandemic is not a residency. It’s not something that is really conducive to creativity because there’s so many limitations and especially depending on how seriously you take it, which me and my household have taken it pretty seriously.”

To view more of Watson’s work, visit her website.