Students reflect on how the pandemic has impacted their religion 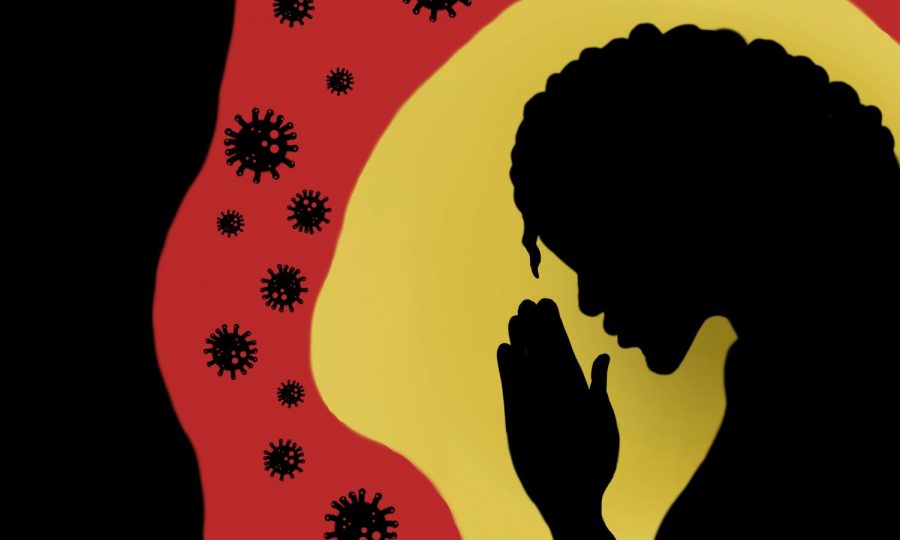 Quarantine has been in effect for a year now. A year full of moments, all heart-breaking and scary and sometimes even beautiful. For some, this year has also encouraged a moment of religious reflection. A spiritually diverse group of NKU students answered how they’ve observed their faith during the COVID-19 pandemic.

Junior electronic media broadcasting (EMB) major Kennedy Johnson is a self-described Christian Baptist. “I’ve made my ways of worship and prayer more self devoted and somewhat spiritual [since the pandemic].”

Johnson revealed that she’s been experimenting with crystals to help relieve some of her COVID-19 related stress. “The amazonite crystal opens up the heart chakra. It’s also supposed to support emotional health and soothe the muscles and stuff like that. It’s just really good energy!” Johnson went into further detail about how her religious practices have evolved since the beginning of quarantine. “To pray, I meditate and focus my breathing. Since the pandemic, before and after my meditation, I say a prayer for health.”

Sophomore EMB major Yousef Naji is an Islamic practitioner. “I’d say that my religion has played a large part in my coping with the pandemic. It made me feel like there was someone listening to me even when I couldn’t hear it,” Naji said.

Naji detailed how the idea of an omniscient presence made him feel. “ It gave me hope that I was going to get through these tough times.”

Landon Meador, a junior political science major, explained how his non-religious perspective has affected him during the pandemic. “I feel like I have tried new ways to feel ‘un-lost.’”

Meador described how quarantine-induced isolation has allowed his mind to wander into the realm of the supernatural. “This [quarantine] has given me so much alone time … It’s really increased my depression severely. At times I’ve even wondered if being faithful ー if having faith in somethingー would fix all of that.”

Katharine Mahoney, sophomore public relations major and self-identified atheist, disagreed. “I haven’t really thought about religion during the quarantine. I don’t think its absence has affected me in any way.”

Non-denominational Christian and sophomore pre-middle education major Shelby Cherry also acknowledged how the pandemic has affected her mental health and how her religion gives her optimism. “I have a sense of hope- a light at the end of the tunnel. I’ve had a community of people [the church] there for me and ready to support me and my declining mental health.”

Cherry said that she felt compelled to follow COVID-19 mandates because of her religion. She said she was inspired by Jesus’ image to “be more empathetic” when it comes to preventative measures. “I wear my mask to protect my family in Christ and strangers too. I have followed the local and national authority. I have followed Beshear’s authority over the state.” When asked why, Cherry simply stated, “Because that’s what the Bible teaches.”