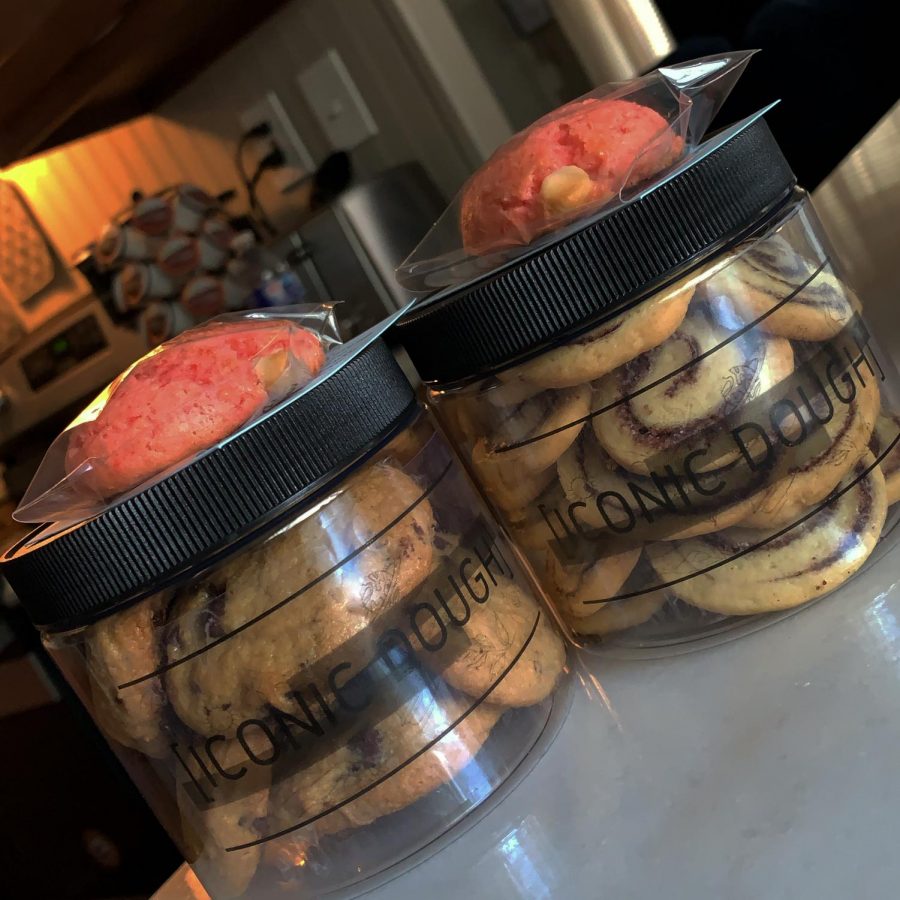 Jontay Brown’s cookies may be small in size, but they’re packed full of flavor.

NKU public relations alum Jontay Brown spent his time in quarantine making a cookie business. Brown has always enjoyed cooking and baking, so he thought quarantine was a good time to perfect his craft. In March, Iconic Dough was founded and he’s been baking ever since.

The process of creating a cookie business wasn’t easy, Brown said. It took him around three months of research to create the recipes he wanted to make. He tested the recipes and tweaked them before deciding on the final menu of cookies. After that, Brown created the packaging. As a PR alum, Brown said he enjoys the creative side of packing and logos. He wanted his packaging to look cool and intriguing because he said people are more likely to buy items with nice designs. Once he settled the recipes and designs, Brown created an Instagram account to promote his business.

Since he’s started baking and shipping cookies in July, Brown said he’s fulfilled over 100 orders that have traveled over 3,000 miles.

“It’s not huge right now, but it’s just a small feat that made me realize that I should keep this going and not give up,” Brown said.

The name Iconic Dough comes from Brown’s personal Instagram account “Icon Jon.” To Brown, iconic describes someone who does things that set them apart from everyone else and makes people look at them with awe. He thinks everyone is their own icon, so he wanted to choose a name that reflected that.

Brown said he struggled with a surge of orders when he first started baking and shipping cookies in July. Brown is the only one who runs the business, so he said it was overwhelming to handle everything. However, since then he’s settled into a routine of receiving orders, baking the cookies, and shipping them out.

For certain cookies, Brown has pre-made dough ready to go. If someone places an order for one of these cookies, Brown is able to fulfill the order and ship it out the next day. If he’s making new dough, the order could take around two days to be made.

Brown’s favorite cookie to make is peanut butter. He said he can only make two or three at a time for himself or else he’ll eat them all.

“I have to stay away from those,” Brown laughed. “I’m not gonna lie. Those are so good.”

Iconic cookies are bundled with love, Brown said. Because cookies are so common, he wanted to make his smaller and pack them with flavor, which he said makes them iconic.

Brown said the feedback from customers has been positive. Some of his friends who try his cookies are even shocked that he made them.

“They’re like, ‘You made these?’ Everyone just says they’re so good, and they say they can’t stop eating them when they get them,” Brown said.

In terms of short term goals, Brown wants to continue increasing his business by marketing it. He hopes to gain more followers on Instagram so that eventually he can transfer his business to a personal website. He also said he hopes to make Iconic Dough merch in the future—maybe T-Shirts or cookie dough scoopers. Due to the pandemic, he was unable to participate in food festivals and local events this year, but he said he hopes he can in the future.

Brown’s long-term goal is to own and operate a storefront, a goal he believes he can achieve in five years. Operating his own business has taught him that his dreams and aspirations won’t be easy to attain, but he can accomplish them with hard work.

“It’s taught me that it’s a grueling process,” Brown said. “You have your wins, you have your losses, but you just have to stay gratified in the work that you do and just know that that consistency is the key.

Throughout owning a business, Brown said his favorite part is being his own boss and putting in work toward something he loves to do.

“I’ve put so much work into other organizations and the other places that I’ve worked. If I put that same work into something I’m passionate about, I just feel like it’s more fulfilling for me,” Brown said.