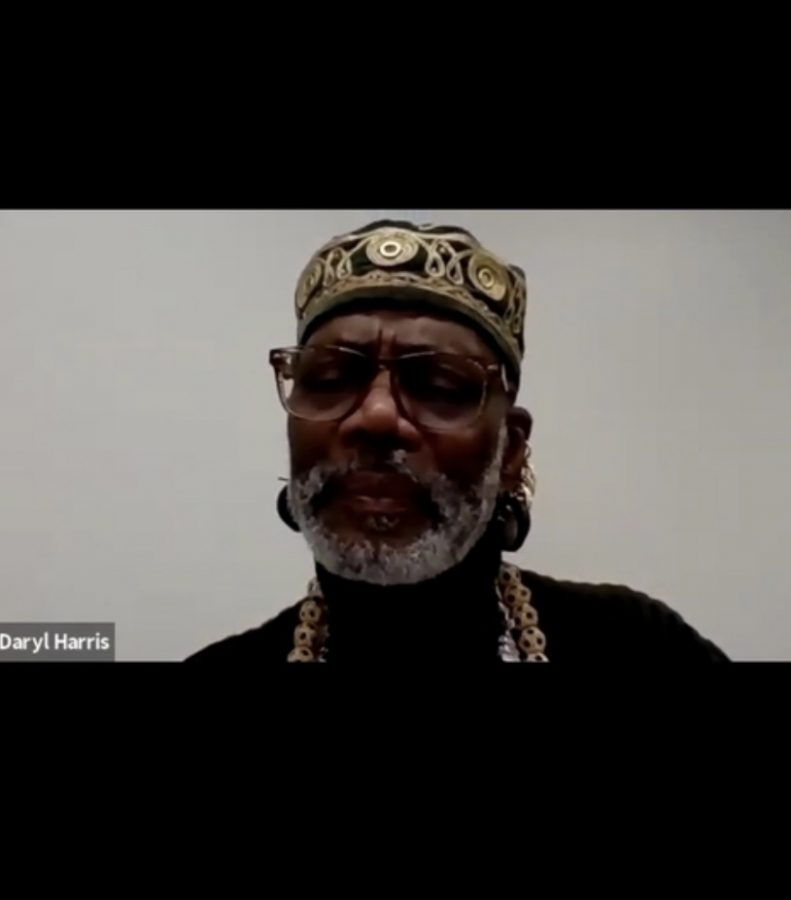 On Wednesday, the School of the Arts hosted its fourth event as part of a summit series in which social issues of the art industry have been discussed by guest speakers within the field. This event in particular covered allyship and equity of the LGBTQ+ community as well as artists within the community.

Guest speakers talked about how it is important that we listen to what people of the LGBTQ+ community have to say. It is important that allies not only listen to them but really hear what they have to say so that allies can better understand things about the LGBTQ+ community like drag queens and the feelings and struggles that come with coming out of the closet.

The guest speakers at the event were Lexi Rigsby, who was a student panelist, Emily Borst—NKU alumni and theatre artist—Dr. Ronnie Gladden—diversity and inclusion motivational speaker—Alistair Kraft—an editor for American Legal Publishing and Pushcart Prize Nominee—Dan Davidson aka Sparkle Leigh—a “Swiss Army knife” of an artist according to the Facebook webpage of the guest panelists of the event—and Aleksa Manila, founder of Pride ASIA, who is “Seattle’s sweetheart of social activism,” according to the Facebook page where the guest speakers were listed.

Daryl Harris, the event curator, said it is essential to talk about allyship and equity “to understand the need for allyship if you do not necessarily identify as a member of the LGBTQ+ community.”

Rigsby, senior BFA Playwright major, was one of the event’s student panelists. Rigsby said it is important to talk about allyship and equity of LGBTQ+ artists and community.

“It is really about understanding each other no matter who you are on the spectrum. Whether you’re gay or straight, and whatever capacity, it’s about understanding each other and not feeling that unknown about people that have large assumptions. That can harm a lot of people, those assumptions. So, allyship and equity and talking about that is so important about making sure that we are keeping the conversation going,” Rigsby said.

In regards to the performing arts industry, Rigsby said there are a lot of queer women in theater, so she doesn’t feel alone.

Borst, who is an NKU alum and theatre artist, said she feels that there is a lack of queer leadership in the arts, specifically with directors. Gladden discussed the term “transracial (crossing racial boundaries)” which he believes will help reduce racism.

“There’s license to play with race in the same way that we’re doing with gender. I really believe that that will be a beginning point for reducing a lot of the systematic racism.”

At this event, the panelists discussed if they think religion causes people to react differently toward them or not accept them because they are members of the LGBTQ+ community. Kraft said that his dad was Catholic and didn’t like that he is transgender at all.

Kraft discussed how being transgender is a hard way to live. It took him a while to come out as a gay man. He enjoyed going to gay bars where they would all talk openly about their identities and not feel scared to go to the bathroom.

Davidson, who goes by Sparkle Leigh in drag, was another speaker at this event. Sparkle was talking about how she does Drag Queen storytime videos on YouTube. Sparkle talked about how she loves finding LGBTQ+ people in literature and meeting different kinds of people. When telling stories, Sparkle makes sure that the characters are members of the LGBTQ+ community or the authors of the books are members of the LGBTQ+ community.

Sparkle’s life hasn’t always been sparkly. She was hit by a car in a hate crime and experienced conversion therapy. She had to attend conversion therapy when she was 15 years old. She was outed to her mother by a youth pastor that she confided in. Sparkle said that she tries to respect people’s beliefs and that people’s spiritual journeys are personal.

Alexa Manila was another speaker at this event. She talked about how people that have power should step aside and make room for others. She also talked about that in a lot of Disney Princess movies, the females are damsels in distress that need saving, and that is a stereotype. Manila talked about how she feels it is amazing to see a person in the LGBTQ+ community represented in art.

“It is powerful to see my body as part of the LGBTQ+ community in art,” Manila said. According to Manila, people shouldn’t just swallow the information that they are given about the LGBTQ+ community. Instead, they should know the different parts of the community and learn more about it.

“Listen. Hear. Understand. Learn the difference between listening and hearing. That is huge, because listening, you’re kind of still like waiting for your turn to talk. It’s like, okay, come on, come on, come on. But when you’re hearing somebody all of you kind of goes away in a silent moment and all your attention is focused on them so you are able to see this and hear them and see them and that will help you understand even better,” Sparkle Leigh said.