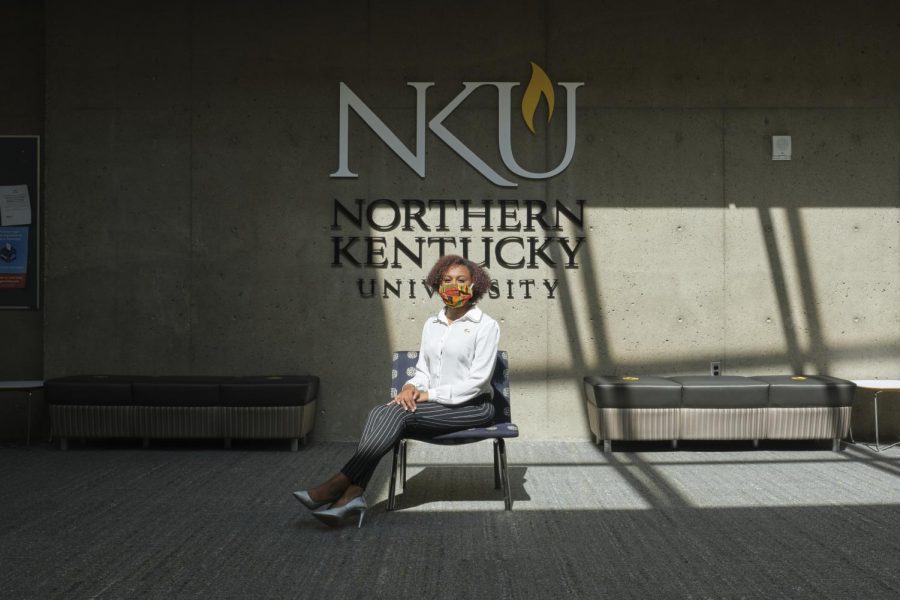 The SGA senator said she wants to see issues involving minorities on campus being pushed to the forefront.

Minniefield joined SGA this semester after a peer recommended it, saying that she would be good for the organization and could help push forward issues on campus.

Minniefield said she thinks SGA struggles with representation. At an induction meeting she went to, she recalled looking around the room and only seeing a handful of minorities at the meeting. She thought to herself, ‘Wow, we’re not represented here, so how can we be heard here?’

She said she wants to work toward more representation in SGA, as well as monthly or bimonthly fairs to connect students with resources on campus they may not know about. Minniefield said resources aren’t highlighted at orientation for students, especially minorities. She hopes to have virtual fairs where students can get to know faculty and staff members that can assist them if needed.

As a senator, Minniefield hopes to increase opportunities for other Black students on campus.

Minniefield said several communities on campus, including the Black community, had an issue with the racially insensitive comment a then-incoming NKU student made over the summer. She said she felt the way the University responded was not productive and didn’t help ease or solve any issues. Minniefield said she felt the University’s response hindered the trust between the administration and communities on campus.

In SGA, she hopes she can show other people that you can’t say whatever you want, as it may offend someone. She also said she hopes the University listens to demands herself and other Black students asked from the University—including increased sensitivity training and a center on campus for Black students to gather and socialize.

Minniefield said it’s important being a Black woman in a leadership role because she can show other people that Black women’s voices need to be heard.

“Honestly, people that are not Black cannot speak for our community, and that is what’s been happening on campus a lot,” Minniefield said. “I feel like, if not me, who else because there’s no one else trying to step up and be in the SGA to show that we need that representation there.”

Minniefield hopes her experience as a senator teaches her how to deal with others’ views and leadership styles.

“I hope that it teaches me more patience, and more understanding of everyone and their lifestyles and their beliefs, and where they come from and their needs and wants as a community,” Minniefield said.

Minniefield wants other students—especially underrepresented students on campus—to know that if they want something, the first step is to just do it. She said you have to put yourself out there, even if you’re scared that you won’t be accepted.

“Be brave. Be bold. Stand firm on your beliefs. Because if nobody’s going to change the world, at least you can try,” Minniefield said.