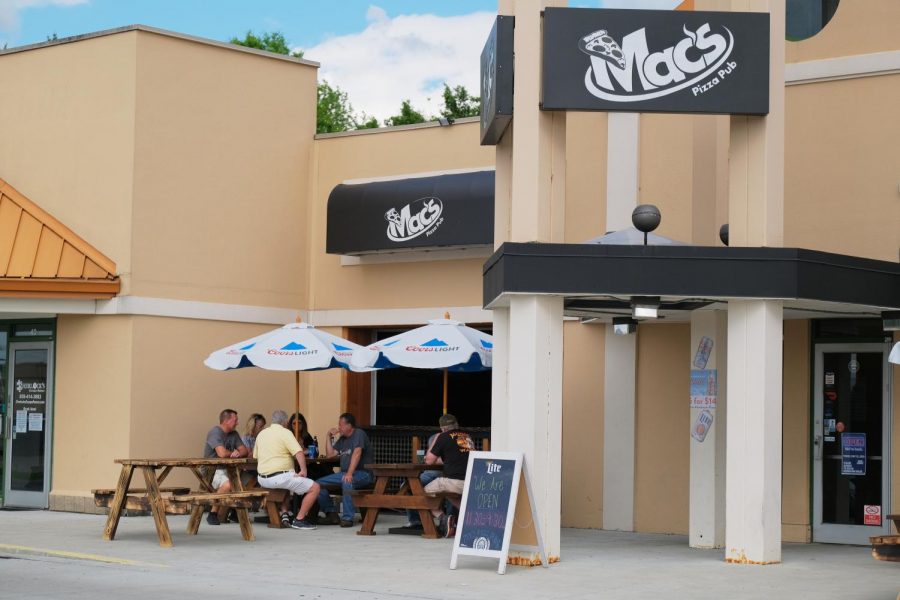 Harvey Germain, owner of Mac’s Pizza Pub in Cold Spring, said the first day of reopening for dine-in, May 22, was a beautiful day as guests visited to hang out and have a good time sitting outside of the establishment.

While doors were still closed to the public, Germain and staff took advantage of the extra time to do minor renovations such as changing light bulbs and hanging up a new sign.

When restaurants were first required to close their dining rooms, Germain had to furlough nearly 40 employees.

According to Germain, he was able to gradually bring back employees when restaurants were allowed to start selling alcohol to go.

Germain said that he expects to retain about 80 percent of furloughed employees.

“We saw the best and the worst of humanity for about eight weeks,” Germain said.

Though restaurants in the state of Kentucky are permitted to re-open their dining rooms, owners like Germain must ensure building occupancy remains up to 33 percent including employees.

In addition to social distancing guidelines, Germain said he and his staff will also take measures to maintain a sanitary environment for their guests. 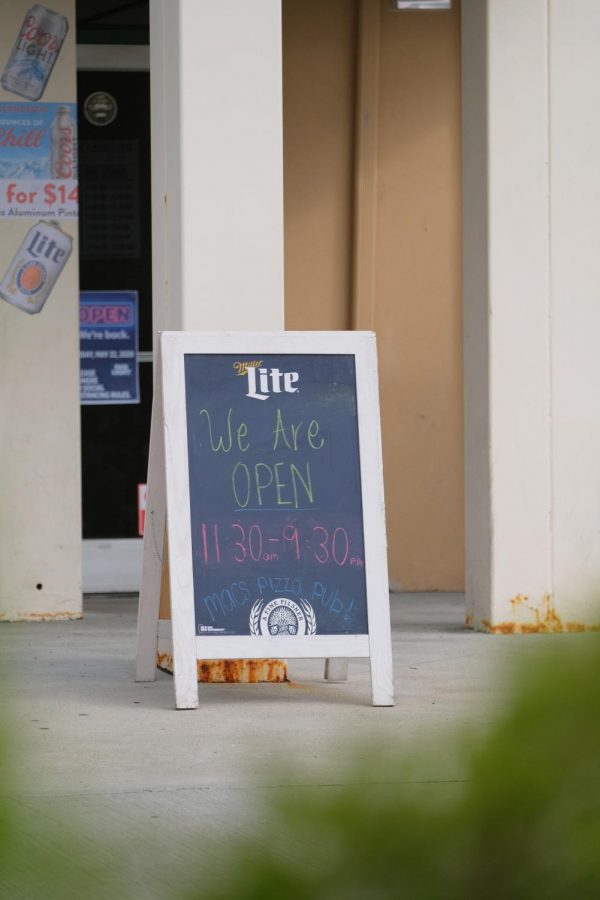 “Everyone will have gloves and masks on that’s working here all day,” Germain said.

According to Germain, employees will also be required to change their gloves every time they touch, pick up an order or drop off an order to a table.

Additional changes such as single-use plates, cups and utensils are being used  to minimize contamination. However, according to Germain they would normally minimize as much waste as possible.

“Part of the Mac’s identity is that we’re a green company, we try to recycle everything,” Germain said.

Germain has also decided to stop using printed menus. Guests can scan the QR code at their table with their phones to view a digital version of the menu.

According to Germain, one of the most difficult changes has been to Mac’s entertainment options.

Up until the pandemic Mac’s basically hosted an event like trivia, karaoke or live music every night of the week, Germain said.

According to Germain, games like shuffleboard will still be available, but some of the arcade games will be unavailable because they can’t be sanitized properly without risking damage.

“Without the energy and the entertainment and the music and the fun … without that vibe, there’s no difference between us and any other pizza place,” Germain said.

The way Mac’s typically provides its guests with entertainment may be different for the time being, but Germain said his team will continue to try their best.