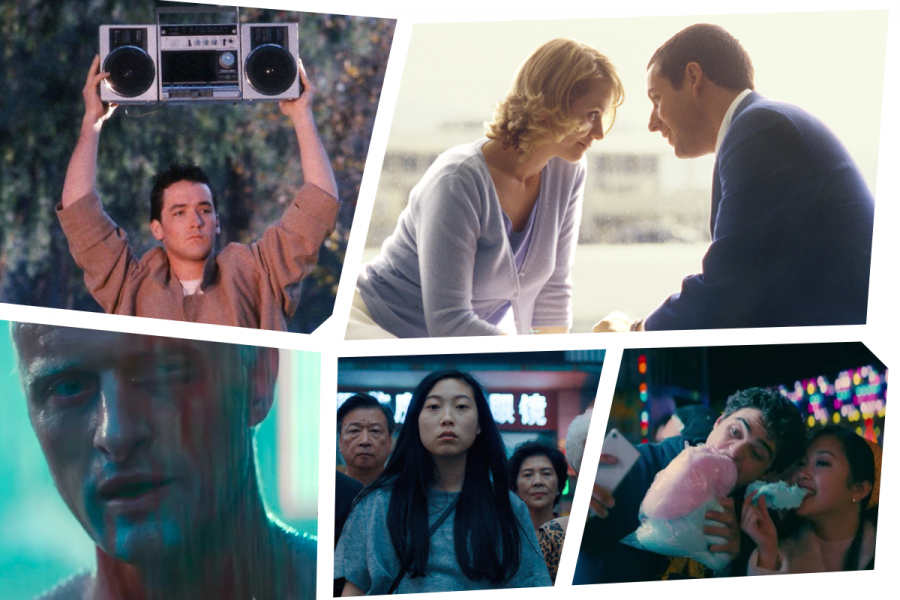 From left to right: Say Anything, Punch Drunk Love, Blade Runner, The Farewell, To All The Boys 2: P.S. I Still Love You.

What’s coming to streaming in February

It’s February, and love is in the air. Whether you’re cuffed and happy or single and bored, there’s plenty of new, exciting movies and TV shows to enjoy regardless of your relationship status. Snuggle up with a blanket (or two or three) and get ready to relax.

Jenny Han’s ‘To All the Boys’ series of romantic novels continues on screen with this second entry, released just in time for Valentine’s Day. Lara Jean (Lara Condor) and Peter Kavinsky (Noah Centineo, in what is probably his 563rd time playing this same character) are a happy couple after the end of the first movie. Unfortunately for Lara, another recipient of her famous letters has popped back up to throw a wrench in things. Look, you know what you’re getting with this one. As far as sappy teen romance flicks go, this is as good as it gets.

Ever watched “Stranger Things” and wished it was a lot darker? “Locke & Key” is a famous graphic novel series written by Joe Hill (the son of legendary horror author Stephen King) about the three Locke children who move into their father’s ancestral home after his brutal murder. Inside the house, they discover keys with magical powers—but a mysterious demon awakens that intends to steal the keys from the children.

Full disclosure: I’m very biased here, as Blade Runner is my favorite film. “Blade Runner” is set in a dystopian future Los Angeles, and stars Harrison Ford as an aging cop who hunts down synthetic humans who rebel against their human masters. It’s still incredibly influential today (Tesla’s Cybertruck is basically stolen from the movie) and, in my opinion, is still one of the best science fiction stories ever. It was released in 1982, but the 2007 updated version being added to Netflix is the best way to watch it, so if you’re a sci-fi fan and haven’t seen this, what are you waiting for?

You’ve probably heard of people make jokes about standing outside their crush’s window with a boombox, playing their crush’s favorite song in hopes they’ll be acknowledged. That wouldn’t even be a corny romantic trope without this legendary romance film from Cameron Crowe, who went on to make the just-as-iconic “Jerry Maguire” and “Almost Famous.” Several film critics consider “Say Anything” to be the greatest American romance film ever, so it’s a perfect watch for the most romantic month of the year.

“28 Days Later,” also known as ‘one of the best zombie movies to release back when they weren’t tired and overdone,’ takes a realistic look at how the world would actually react to the outbreak of a zombie virus. “Peaky Blinders” star Cillian Murphy plays Jim, an average British man who links with three others as they try to survive the impossible. “28 Days” is simultaneously a political allegory and an action thriller, with plenty of spectacle to keep everyone engaged.

This is the second item on this list that has a strong resemblance to “Stranger Things”—in fact, when “Stranger Things” actually released, Internet comments referred to it as “Super 8: The TV Show.” In 1979 Ohio, a group of teenagers (played by Joel Courtney and Elle Fanning) are shooting their own home movie on Super 8 film when a government train derails and releases a dangerous extraterrestrial presence into the town. Before J.J. Abrams moved on to making bad Star Wars movies, he often made interesting creature features like this one. Give it a shot if 1980s homages are your thing.

This strange drama—written by Shia LaBeouf about his own life as a child actor, and starring himself as his own father—was one of the most critically acclaimed films of 2019. Lucas Hedges stars as adult Shia (named ‘Otis’ in this film) and Noah Jupe plays the younger Shia in flashbacks. “Russian Doll” star Natasha Lyonne and pop icon FKA Twigs also star.

If you’ve been on Twitter at all recently, you’ve probably seen the recent outrage that no women were nominated at the Academy Awards for Best Director, despite the fact that several of the year’s best-reviewed films are directed by women. One of those films is “The Farewell,” which was shut out of the Oscars completely—despite its star Awkwafina winning Best Actress at the Golden Globes. The film is based on writer-director Lulu Wang’s life, a Chinese-American writer who finds out her much-beloved grandmother has terminal lung cancer and only a few months to live. Watch for yourself and decide if the Academy got this one wrong.

If you watched this holiday’s critical hit, “Uncut Gems,” and were blown away that Adam Sandler can act in a serious role, then you owe it to yourself to watch the sad-yet-hilarious “Punch-Drunk Love.” Adam Sandler plays Barry, an entrepreneur with extreme social anxiety, who gets set up on a date with his sister’s co-worker.

Daniel Craig’s final Bond movie, “No Time to Die,” premieres on April 10. With that in mind, why not take a look back at where it all began? This 2006 reboot of the iconic character featured Daniel Craig’s first mission as a double-0 agent, and stars Eva Green as love interest Vesper Lynd and Mads Mikkelsen as an evil banker who serves the world’s terrorists. (Also, the original 1967 version of Casino Royale is available on the same day!)

This noir-tinged drama is China’s biggest box office art-house hit ever, and—despite copious amounts of critical acclaim—has previously been unreachable on streaming by American audiences. It has been praised for its final hour, which consists of a 59-minute unbroken long take filmed entirely in 3D. 1917, who?

This wildly original comedy-drama can frequently be found on ‘the best films of the decade’ lists. Charlie Kaufman wrote this fictional story about a fictional version of himself—and a fictional brother he created—writing a screenplay adaptation of the 1998 non-fiction classic The Orchid Thief. The book was written by Susan Orlean, who is played here by Meryl Streep. Oh, and the two Kaufmans are played by Nicholas Cage and Nicholas Cage in a fat suit. Confused yet?