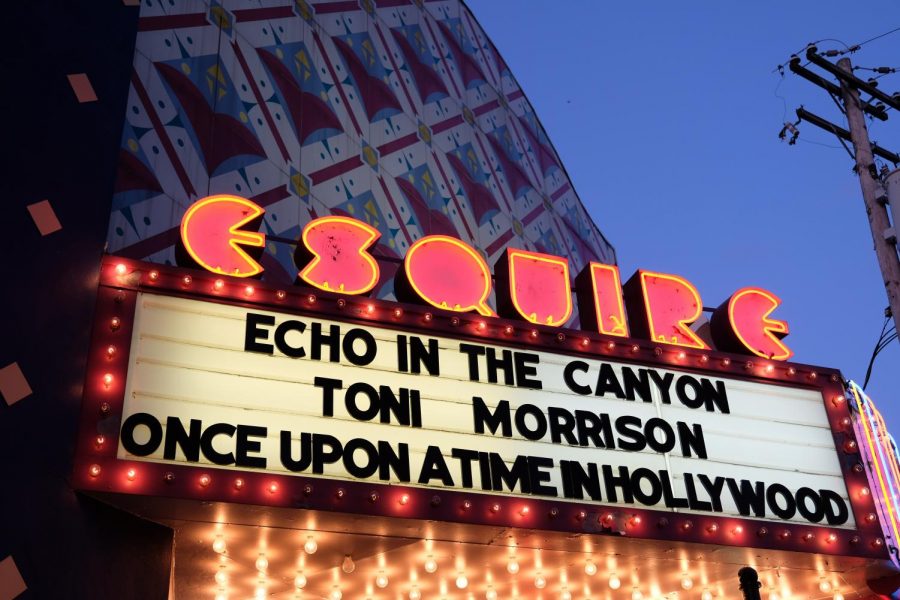 The Esquire Theatre shows a variety of films including blockbuster hits, gems from the past and indie flicks only your cool friend knows about.

Are you a film buff? There’s a minor for that

Class begins with the lights turned off. Students settle in their seats—some with water bottles or sodas, maybe even a bag of popcorn—as the screen comes to life from the projector hanging above. The textbook is the film screen; the minor is cinema studies.

Cinema studies is designed to teach NKU students how to analyze visual culture, according to the former director of the program John Alberti. Alberti created the minor in 2009 after noticing a student demand for more theoretical and analytical approaches to film production. The minor has since grown to involve approximately 60 students this year, he said.

According to current director Andrea Gazzaniga, the program includes students with a wide range of majors—from English and EMB to philosophy and Spanish.

Gazzaniga said cinema studies is not just a minor for those in the English department or College of Informatics. The program’s benefits are academically universal because students can learn how to use analytical skills to understand different areas around the world.

“Film is essentially one of the most powerful mediums of our time,” Gazzaniga said. “I think students who can understand [its history and place in culture] is better aware of their communities and sensitivity to other cultures.”

According to Gazzaniga, cinema studies allows students to discover how film has both reflected and shaped international cultures.

“Anytime a student can practice studying culture and ideology, it makes them a more critically aware and informed citizen of the world,” Gazzaniga said.

One of the classes in the cinema studies minor is world cinema, taught by associate professor of Spanish Caryn Connelly.

According to Connelly, she has been teaching world cinema since the spring semester of 2010. Given her academic background in Latin America cinema studies, Connelly said she wants to ensure the class highlighted films beyond a Eurocentric lens.

“World cinema doesn’t mean European cinema,” Connelly said. She tries to show one to two films from Asia, India and Africa alongside those from France and Italy.

According to Connelly, world cinema also widens its scope of time. She shows films beginning in the 1910s and builds up to modern times. Her common favorites to show in class are the German silent film “The Cabinet of Dr. Caligari” and the ‘80s Japanese noodle western “Tampopo.”

During these films, a typically passive experience can be shared in a group setting of 25 to 30 students, who then meet the next class period to talk about what they had just watched.

“We engage the film more by discussing it together,” Connelly said. “This class is highly interactive on all these levels.”

Connelly said the best part of teaching world cinema is being able to challenge western ideas about film.

“There’s this idea that Hollywood dominates everything,” Connelly said. “So when I got the opportunity to teach this class, I was like, ‘oh, that’s really cool,’ because I can show people that there’s a world out there beyond Hollywood.”

Gazzaniga has also taught cinema studies classes about film noir and Alfred Hitchcock. According to Gazzaniga, she finds a kinship with her students over their mutual interest.

“Being able to engage with very smart and knowledgeable students who love film as much as I do is one of the most rewarding aspects of it,” she said.

Gazzaniga describes herself as a film researcher stuck in the earlier eras of cinema, so she said she appreciates learning more about post-2000 films from her students.

According to Gazzaniga, cinema studies is also planning to make some changes to their curriculum.