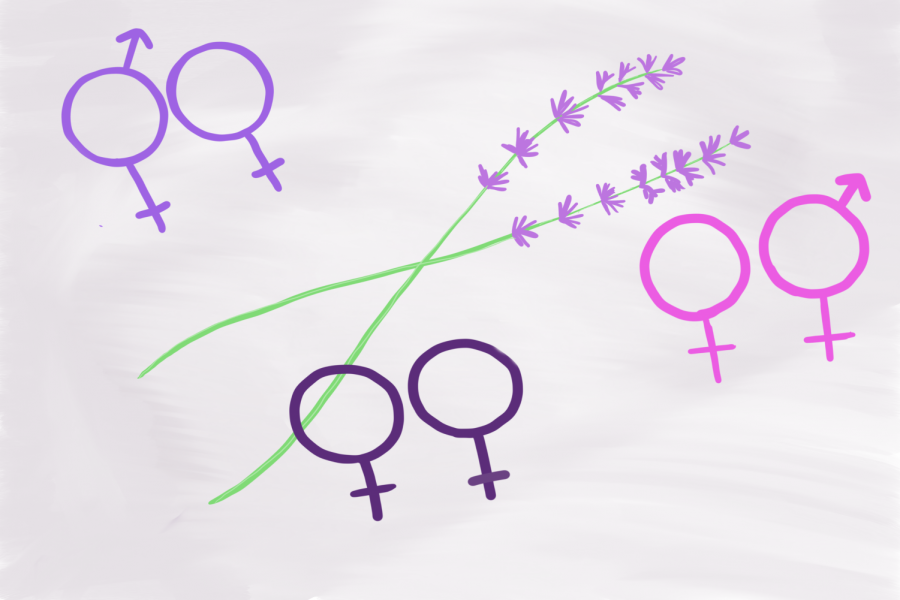 “All right, we’re running on gay time, so we’re going to start at 5:35 instead of 5:30,” Isabel Sleczkowski, president of Lavender Society, said.

Sleczkowski’s voice rang out over the chatter in the Student Union’s multipurpose room, receiving laughter in response. About 20 students had gathered for the meeting, as it provides a safe space for both women and nonbinary students to converse and celebrate the thing they have in common: loving fellow women and nonbinaries.

NKU’s Lavender Society was created in 2018 by Sleczkowski, a junior theatre major. The club is specifically for women loving women (WLW), a term used to encompass women and nonbinary people who identify as lesbian, bisexual, pansexual or another sexuality within the LGBTQ+ community who are attracted to women.

The meetings start with everyone in attendance introducing themselves by name and their pronouns, a mix of those who use she/her, they/them and both. To begin the year, Sleczkowski presented a powerpoint on LGBTQ+ terminology, covering every letter of the acronym and offering her advice and expertise to what she calls “baby gays”—those who just recently came out and are exploring their own sexuality.

While Sleczkowski is open about her identity as a lesbian, the organization’s main goal is to provide a place for those who have both come out and those who haven’t.

Coming out is described  as a difficult ordeal, as many don’t know how their families will react. Even those who feel their families will accept them can be hesitant, such as Alyssa Adams, a freshman education major whose sexuality was discovered on accident by her mother.

Unfortunately, not every student’s coming out can go well. Anna Burt, a sophomore political science major, came out to their conservatively religious family and received an opposite reaction. Burt comes from Bowling Green, Kentucky, and their family was homeschooled for all of grade school. Burt’s mother did everything she could to keep them from interacting with other queer people in the area.

“My parents, specifically my mom, would do everything in her power to stop me from being open about who I was. She refused to let me tell my siblings. I got grounded for months after she found out that I told my younger sister that I was gay,” Burt said.

While looking for a college, Burt specifically wanted somewhere as far from their family as possible while still being able to receive in-state tuition. While doing research on NKU, they discovered NKU was given a 4.5/5 rating on the Campus Pride index for LGBTQ+ inclusiveness.

In an ironic twist, the first person they met when moving into their room in Callahan Hall was Sleczkowski. Sleczkowski offered to help Burt bring in their clothing, and then immediately offered for Burt to join Lavender Society.

“She was like ‘Hey, are you gay?’ because I had these pride stickers on my guitar case. I was like ‘Yes, I am gay,’ and she goes ‘Great! I run a gay club on campus! My name’s Isabel!’” Burt said.

Now as an LGBTQ+ ambassador and member of the executive board for both Lavender Society and Common Ground, NKU’s general LGBTQ+ organization, Burt hopes they can continue to foster an accepting environment on campus.

“I feel so connected with the school and with the community here; it was like it filled a hole I didn’t know I had in me,” Burt said. “I’m just so excited and so happy that organizations like Lavender [Society] exist because they’ve really shown me more than anything that this is my home.”

To join Lavender Society, message Isabel Sleczkowski on Facebook or any other group member. Sleczkowski asks that only queer women and non-binary people join.