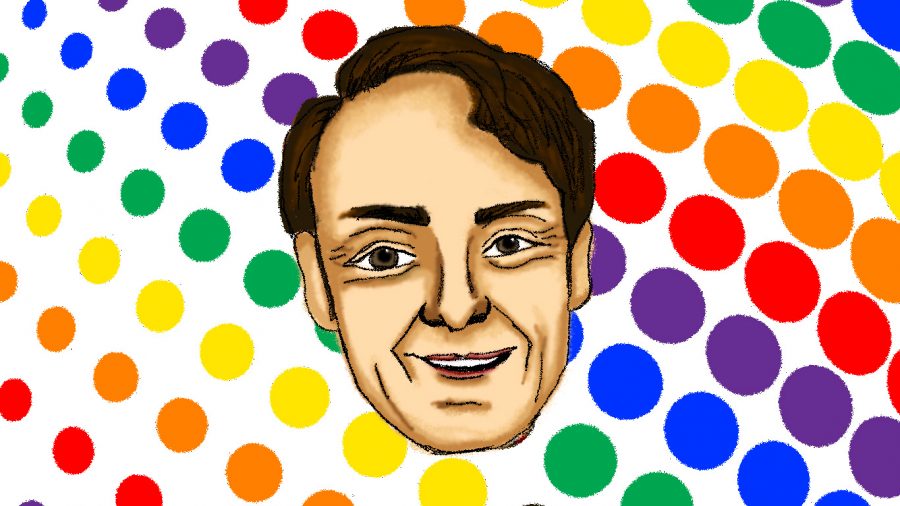 Lavender figures: A look into the life of Harvey Milk

During LGBTQ History Month, it is important to recognize the queer forebears who have paved the way for the rights that we enjoy today. One such figure is Harvey Milk (1930-1978), who was the first openly gay elected official in California and the sixth nationwide. Milk was an imperfect activist, as most are, focusing mainly on gay men in his activism. However, he offers a snapshot of the time and a call to action for today.

Harvey Bernard Milk was born in New York on May 22, 1930 to Lithuanian Jewish parents. Milk was an openly gay man, in a time when gay men were routinely jailed for simply existing. After being discharged from the Navy for being gay, he worked as a stockbroker in Dallas, Texas. He moved to San Francisco permanently in 1972. The city, at the time, was known nationwide to be a safe place for gay people. By 1976, an estimated one-fifth of the city was gay.

Milk began to build a movement through his camera shop on Castro Street.  This movement was built upon a background of harassment from police and local officials. He soon recognized that the gay voting bloc in the city could be a powerful one. Shortly after arriving on Castro Street, he unsuccessfully ran for the Board of Supervisors in 1973. The Mayor at the time, George Moscone, appointed him to the Board of Permit Appeals, allowing Milk to continue his political career.

Two years later, the city adopted a districting plan for the Board of Supervisors. This shifted the political landscape. Instead of needing the votes of the entire city, he just needed the votes of Castro Street. Milk argued for more than gay rights; he argued for free public transportation, public oversight of the police and other political causes. He won his election in 1977. His first act after being elected was to introduce a bill that prohibited discrimination due to sexual orientation. Moscone signed it into law.

When those advocating for gay rights get louder, so do the anti-gay reactionaries. Reactionaries like Anita Bryant and Jerry Falwell used their faith and conservative ideas as weapons to push back against the growing gay rights movement. The talking point used during this time was that gay men were trying to recruit children to be gay. Milk famously opened his speech at the pride parade on the ninth anniversary of the Stonewall Riots by saying “My name is Harvey Milk, and I’m here to recruit you,” humorously pushing back against their virulent ideas and attacks.

In November of 1978, Californians rejected the ideas of Bryant by voting against a proposed bill that would have allowed teachers to be fired for being gay.

Shortly after the bill’s failure, Dan White, a politician who Milk had strongly lobbied against, was angry that Moscone refused to reappoint him to San Francisco’s Board of Supervisors. White climbed through a window into the San Francisco City Hall, then sought out and assassinated both Harvey Milk and Moscone. White was only convicted of manslaughter and sentenced to five-to-seven years in prison. The gay men and women of San Francisco rioted after this. In response, the police conducted retaliatory raids against Castro Street and other gay establishments.

Milk once said, “If a bullet should enter my brain, let that bullet destroy every closet door in the country.”

Today, there are 698 openly LGBTQ+ elected officials—the highest number to date. The closet door has never been weaker. The community must continue to be active in politics and visible in day-to-day life. We cannot let the Anita Bryants and Jerry Falwells of the 21st century push us into the closet and out of political power. When someone who is openly LGBTQ is elected, in the words of Harvey Milk, “It means hope to a nation that has given up, because if a gay person makes it, the doors are open to everyone.”