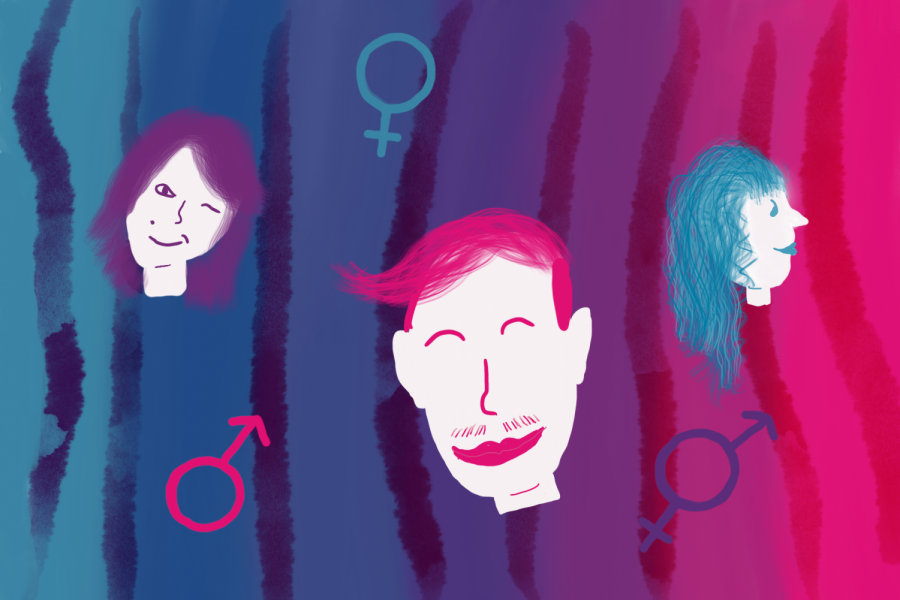 The social dimension includes your gender expression, or the way we communicate our gender to others. This is done through things such as clothing, hairstyles, and mannerisms.

Beyond the binary: What non-binary genders are, how to be an ally

Gender is a social construct defined as the complex interrelationship between your body, your identity and your social interactions, according to genderspectrum.org.

Human beings’ relationship between their gender and their body goes far beyond reproductive functions. Research has suggested that there is a broader biological basis for an individual’s experience of gender.

Your gender identity is your internal gender experience. It can correspond to, or differ from, the sex that you are assigned at birth. According to the American Academy of Pediatrics, most children have a solid sense of their gender identity by age four.

The social dimension includes your gender expression, or the way you communicate your gender to others. This is done through things such as clothing, hairstyles and mannerisms. It also includes how others perceive, interact with and try to shape your gender.

Some non-binary people undergo procedures to make their bodies more congruent with their gender. However, not all of them do and that is valid, too. 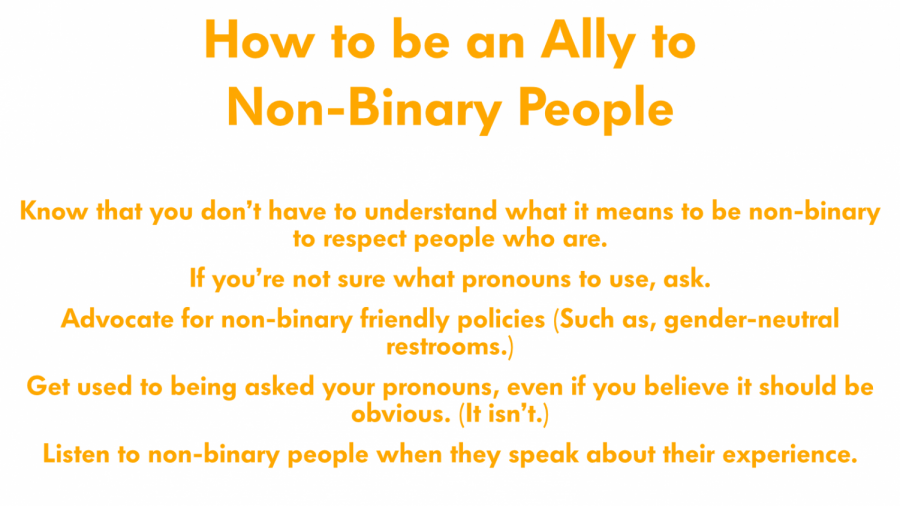 While non-binary genders have been around for as long as civilization, it is a concept that has entered mainstream discourse in the U.S. fairly recently. Even after reaching the milestone of being considered by many to be a valid gender identity, there is still a long way to go in how society understands and practices gender.

Oftentimes, non-binary people are represented in a way that portrays them to have one type of look—a perfect mixture of traditionally male and female characteristics.

Mer Read, junior French major, has a method for trying to explain how they experience gender to those that do not understand.

“I think of the [gender] spectrum as two Venn diagrams. I think of it as a male circle and a female circle, meaning that you as a person can be either one or both, in the middle or somewhere outside,” said Read. “It’s not just these two extremes; you can fall outside of the extremes, or between them.”

Eden Fischer, NKU alum and VISTA volunteer coordinator said some professors on campus have added simple LGBTQ-friendly gestures to their practice, such as asking students to say their name and pronouns on the first day, adding ally training verification on their syllabi and using the correct names and pronouns for their students.

“Just so other students know,” Fischer said. “Because a big part of it is that people just don’t know.”

They said that to them, being non-binary means they can be comfortable in their own skin.

“I just think it means that you don’t have to conform to certain things. I like to dress up, but I like to go to the gym. I like to see my muscle definition. But I don’t like this or that. It just means that I can be my true self,” Fischer said.

There are plenty of ways that cisgender people—people whose gender identity matches that which was assigned at birth—can be allies to non-binary folks.

Simply taking the time to read this article is a step toward being an ally.

“There are plenty of ways people can be allies,” Fischer said. “They just have to do it.”

Fischer said that, before graduating last May, they would only tell professors what their pronouns are if they knew that they would have the professor again. Lately though, they have been trying to correct people more often.

“I used to be like, ‘it’s fine. Don’t worry about it.’ But I’m trying to stick up, you know, be more confident,” Fischer said.

Read said whether or not they correct people who use the wrong pronouns is dependent on where they are and who they are with.

They both hope for a future where breaking from the gender binary is normalized, and spaces, such as college campuses, are comfortable environments for people of any gender.

Gender is a social construct, but that doesn’t mean that it isn’t real.