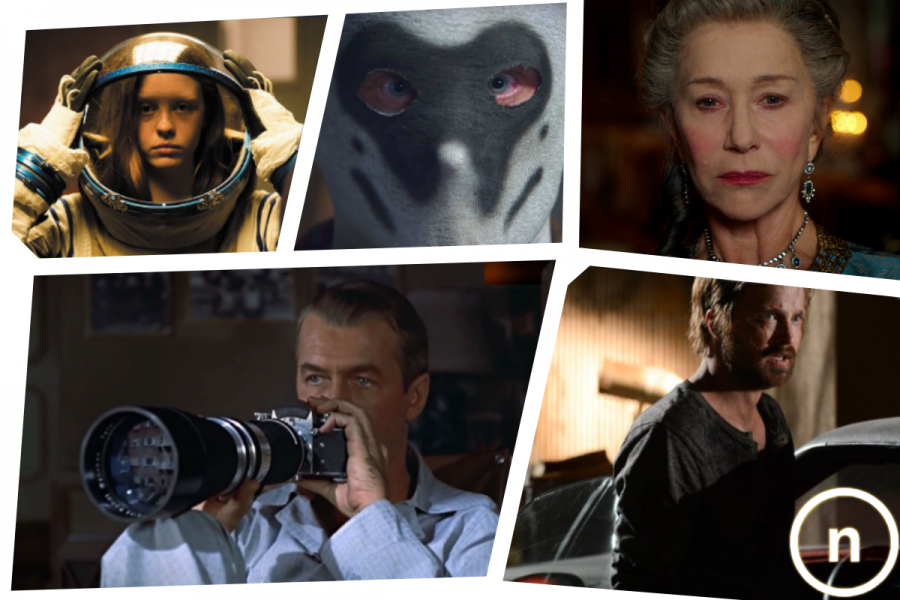 Fall is supposed to be here, but you wouldn’t know it yet judging by the 90-degree forecasts for the first week of October. Regardless of the weather, there’s always time to chill out on the couch and watch some TV; and, in keeping with the Halloween season, there’s a killer slate of new, original content and classic slasher movies coming your way this month on streaming.

Finally. After two years without the antics of the Shelby clan on American screens, the series returns to Netflix this month. For those who are in the dark, the popular BBC crime drama, set in 1919 Birmingham, England after World War I, stars Cillian Murphy (Scarecrow from Christopher Nolan’s Batman films) and Tom Hardy (the title role in “Mad Max: Fury Road”) as they continually attempt to expand their crime enterprises and place themselves in precarious situations.

You had to know they’d bring Breaking Bad back at some point, right? If you’ve been living under a rock for the past decade, Breaking Bad was a 16-time Emmy winning, five-season crime drama starring Bryan Cranston as Walter White, a cancer-ridden high school chemistry teacher that began selling drugs to pay his medical bills, and Aaron Paul as Jesse Pinkman, his former student and apprentice. “El Camino” is a direct sequel to the series, with Pinkman trying to escape to freedom after the events of the show’s finale. Whether this sequel movie will match the level of quality in the groundbreaking TV show is anyone’s guess.

One of Netflix’s first original series is finally coming to a close. The animated comedy, starring Will Arnett as the titular character, a has-been actor who struggles with alcoholism after his glory days of Hollywood have faded. Also, he’s a horse. The series has been acclaimed by critics for its honest depictions of depression, trauma and self-destructive behavior.

This biographical comedy-drama from acclaimed director Steven Soderbergh focuses on the release of the Panama Papers in 2016, which exposed fraud and tax evasion from several global elites. The cast for this one is absolutely ridiculous, with Meryl Streep, Gary Oldman, Antonio Banderas, Jeffery Wright, David Schwimmer, Sharon Stone and more.

Have you ever watched a slasher film and wondered, “Haven’t these guys ever seen any horror movies? Why are they so stupid?” When Scream, a horror-comedy, released in 1996, it was a box-office mega-hit due to the fact that the characters in the film were aware of other horror movies and openly discussed horror movie cliches with each other in an attempt to survive. The sequel is just as good, featuring several jokes (and kills) about Hollywood’s tendency to lean toward sequels that still feel relevant today.

Why not start off the spooky season with the best horror movie ever made? Do we even need to say anything else?

For a less scary but still just as thrilling Hitchcock film, watch this thriller starring Hollywood legends James Stewart and Grace Kelly. Stewart plays a professional photographer who has a cast on his leg and is confined to a wheelchair because of it. To pass the time, he watches his neighbors through his window—only to observe one of his neighbors committing a murder.

You probably know Jennifer Lawrence from, well, every popular movie of the last five years, but have you seen the movie that made her famous? Winter’s Bone, a mystery set in the rural Ozark mountains, stars Lawrence as teenager Ree Dolly, who must find out what has happened to her drug-dealing father or she will be evicted from her childhood home. Several publications rated this stark thriller as the best movie of the entire year.

High Life is a science fiction adventure horror film that’ll make you think outside the box. Robert Pattinson and André 3000—yes, THAT André 3000—star, where a squad of criminals are forced to travel toward a black hole while taking part in a number of different science experiments. If you like complex, non-linear narratives and scares that involve tricks of the mind instead of monsters jumping out, this extremely-rated-R film is the one for you.

Not many sports movies can claim to be selected by Congress for preservation for being “culturally, historically, or aesthetically significant.” Hoosiers is one of the few exceptions. This 1986 movie about small-town Indiana basketball is loosely based on a true story, and stars Gene Hackman as the head coach of the Huskers, a high school basketball team. A lot of typical clichés in sports movies came from Hoosiers. If you’re a basketball fan, you owe yourself to check it out.

It’s hard to believe that five different famous actors have portrayed author Tom Clancy’s famous CIA agent Jack Ryan. Currently, you can see Jack Ryan being played by John Krasinski in an Amazon original series, so it makes sense they’d acquire some of the older films in the franchise. Patriot Games stars Harrison Ford as Ryan surviving assassination attempts and doing typical spy things, and Sean Bean and Samuel L. Jackson are here, too, for some reason. It’s a Tom Clancy-based spy thriller. They’re all the same. If that’s your thing, have fun!

“Watchmen”, the greatest graphic novel of all time, was adapted to film by “300” director Zack Snyder successfully or unsuccessfully, depending on who you ask. Now, Damon Lindelof—who crafted two of the best seasons in television history with “The Leftovers” seasons two and three—is putting his own spin on the legendary story. “Watchmen” examines a more realistic take on vigilantes; none of its costumed characters actually have any superpowers, save for one, and the existence of superheroes is outlawed by the U.S. government. Keep an eye on this one, as it’s probably the most anticipated television event of the year.

Ever wanted to watch Mean Girls, but horror? This science fiction black comedy horror film series is way more entertaining than it has any right to be, thanks to a somewhat unpredictable plot and to Jessica Rothe acting her heart out. The first film features Rothe as Tree Gelbman, a sorority girl who is murdered on her birthday in the middle of her college campus, and must relive the day—and being killed in various creative, often hilarious ways—until she discovers the identity of the mask-bearing killer.

In HBO’s newest historical miniseries, Helen Mirren plays Catherine the Great, Russia’s longest-ruling female leader. The four-part series details the end of Catherine’s reign and her affair with Grigory Potemkin. Mirren is no stranger to these types of roles, having also played other legendary female rulers in HBO’s 2005 miniseries “Elizabeth I,” where she played the titular character, and the 2006 biopic “The Queen,” for which she won an Academy Award for her portrayal of Elizabeth II.

This wildly influential alien invasion horror flick from the ‘50s stars Kevin McCarthy as Dr. Miles Bennell, who discovers that alien plant spores have fallen from space and begin to create identical copies of the human body they are closest to, then these clones—referred to as “pod people”—take over the lives of the people they resemble. It might sound silly, but the movie is still influencing the films of today; the plot of Jordan Peele’s “Us” bears a strong resemblance to this horror classic.

Before Memento, before the Dark Knight series, before Inception, before Interstellar and before Dunkirk, a young Christopher Nolan with £3,000 in his pocket and a group of friends willing to be filmed crafted this engaging neo-noir mystery. This Hitchcock-inspired thriller, shot completely on black-and-white 16mm film, details a writer who stalks strangers across London in an effort to gain inspiration for his first novel, but is drawn into a criminal underworld when he follows the wrong person.

This film, which promoted itself as “the first Iranian vampire western,” is about a skateboarding vampire girl who lives in the Iranian ghost-town Bad City. During the night, she feeds on men in the town who take advantage of others. One night, she falls in love with a man named Arash, and their romance leads to a complicated situation. What are you waiting for? You should’ve already been queuing this movie up the second you read the words “skateboarding vampire girl.”