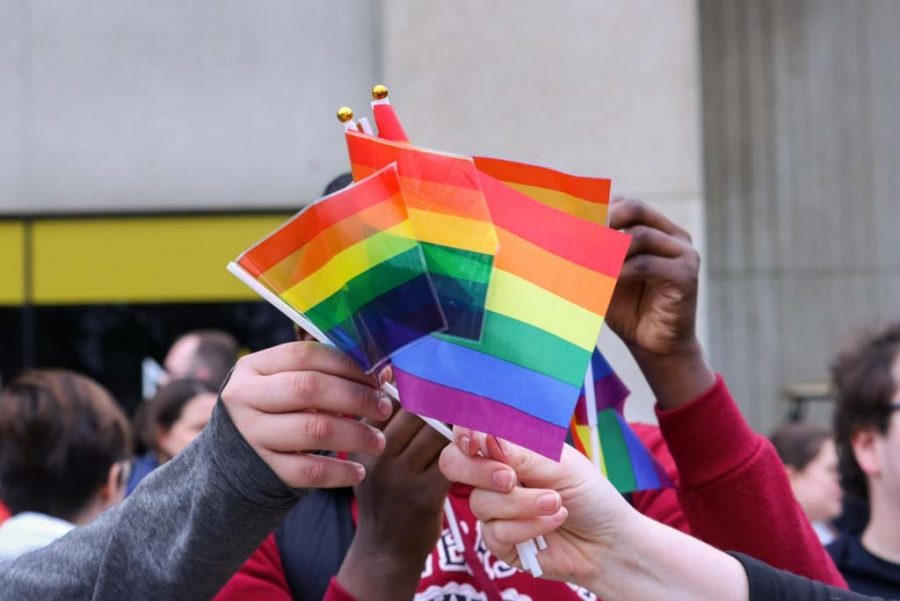 Campus counselors seek to assist students with depression and anxiety

September is suicide prevention awareness month, and its importance to the LGBTQ+ community is more crucial than ever.

With suicide being the second largest leading cause of death for those age 15 to 24, according to the Centers for Disease Control and Prevention, and LGBTQ+ students being about five times more likely to attempt suicide compared to their non-LGBTQ+ peers, there is genuine cause for concern.

There are several factors that weigh in to the risk of suicide, including mental health issues such as depression, anxiety and stress. For many college students, the transition from high school to college brings on many new stressors.

Dr. Ty Brumback, assistant psychology professor, said that the transition to college and adulthood can exacerbate those with depression and anxiety. Academic stress is increased in all students upon college arrival, and in LGBTQ+ students, stress regarding their sexuality and/or gender identity contributes to their risk of suicide.

Stigmatization also plays a key role in suicide, and stigma associated with depression, suicide and being part of the LGBTQ+ community contribute heavily to students failing to reach out for help. LGBTQ+ students already suffer from a stigma that may prevent them from coming out. As a result, it may be harder for them to talk about mental health concerns, and instead try to get by alone.

“I think one of the things that we really need to do to de-stigmatize suicide is recognize that people who commit suicide are not crazy. They feel a profound sense of hopelessness, and because of the hopelessness, they don’t realize all of the other options they have,” Dr. Kathy O’Connor, psychology lecturer, said.

Brumback said that talking openly about suicidal thoughts and suicidal ideation is one of the best first steps to preventing suicide.

“While it can feel really uncomfortable for people who don’t know or haven’t experienced it before, talking about it openly reduces the stigma about it, but also puts it in its place that it’s just a thought,” Brumback said.

“If we just keep it all inside as an individual, we might start believing those thoughts. And verbalizing them actually has to get them out of our heads and makes us hold them up to the light and say ‘does this make sense, really?’”

Another one of the biggest warning signs to look out for is changes in behavior, O’Connor said. Changes in sleeping patterns or appetite may appear due to depression, and can be either an increase or decrease. Social changes also appear in a lack of interest or someone becoming quieter or less social than they were before. Though noticing symptoms can open a conversation, if someone is in immediate crisis, contact a professional.

“We really want to help our friends, and especially if we know we have a friend in need; we want to be there, but we’re not all professionals,” Brumback said. “It’s not fair for us to take that on ourselves and sometimes there’s also that whole wanting to be protective of our friends, that confidentiality, but we have to also recognize that there’s a line and we don’t want to test that.”

On campus, there are resources and organizations available for all students. The Health, Counseling and Student Wellness center located on the fourth floor of the University Center provides counseling services for those who are at risk of suicide, or who need someone to talk to in order to help them sort through the stress that accompanies attending a university. The initial consultation is free, and students can speak with a therapist at a low rate or be referred to another therapist in the area.

NKU recently passed a resolution for mental health assistance that specifically focuses on providing affordable resources for a diverse student population. The Health, Counseling and Student Wellness center also offers QPR (Question, Persuade, Refer) training to all students, which focuses on identifying those at risk of suicide, and to refer those suffering from suicidal thoughts to a professional when necessary.

Student organizations such as Common Ground and Lavender Society offer safe places for LGBTQ+ students to come out and engage with fellow peers who can provide a network of support for those who are newly exploring their identities or those who need support of fellow minorities.

Rae Loftis, the Assistant Director for the Center of Student Inclusiveness, said that NKU also offers Ally Zone and Trans Ally training, particularly for faculty and staff to work on being more inclusive for their LGBTQ+ students. After completing the training, attendees can take an Ally or Trans Ally magnet in order to be visibly inclusive and offer a safe space for their students.

Seeking help for both mental health or LGBTQ+ support can be very daunting, and the idea that a situation needs to be “bad enough” in order to seek help makes getting that help much more difficult. Loftis advises for students to come to the Center of Student Inclusiveness to ask for organizations to join in order to receive support, or to reach out to the Health and Wellness Center.

“Most of all, know you don’t have to bear this alone. People do want to reach out to you,” O’Connor said.