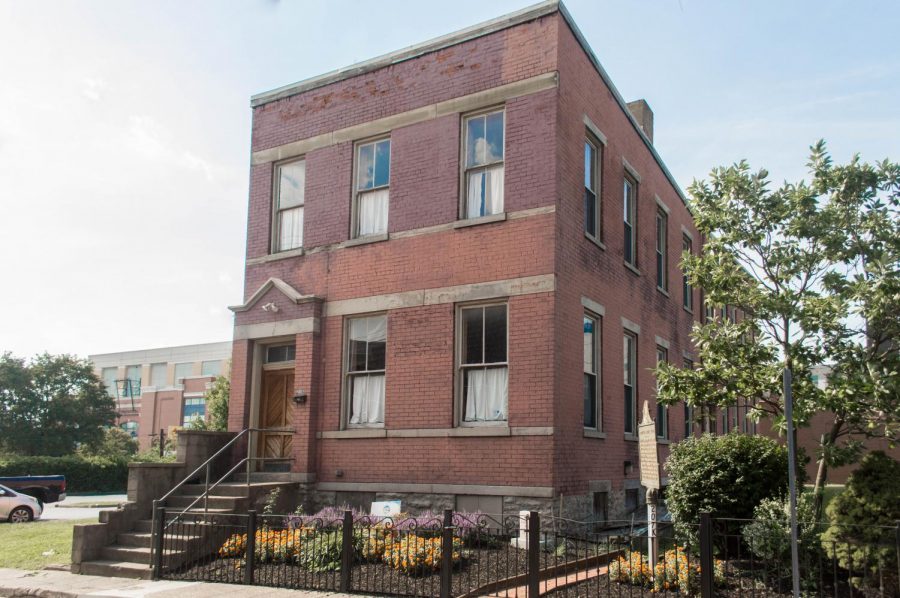 When James Harris was eight years old, he would stand on a Newport street and gawk at the local school closest to his home. Harris said it was so unlike the school he had to walk several blocks to attend because this one had an enormous playground—one with shiny swings, seesaws and slides.

It captivated him as a child, so much that, as soon as he first saw it, he ran to his mother and begged her to enroll him.

“You can’t go there,” he remembered his mother responding. “You’re colored. That school is for white children.”

Harris furrowed his brow in confusion, tripping over the word foreign to his vocabulary.

“What does colored mean?” he asked.

It was the first time Harris discovered his skin was not considered just skin—it was colored.

Seventy years later, Harris walked through the threshold of his old school, Southgate Street. The first thing he noticed was the field of grass growing on the side of the building.

“It used to be a thin concrete sheet there,” Harris said. “That was our playground.”

White children in Newport had swings and teeter-totters. Harris, and the hundreds of African-American children who passed through Southgate Street School, had concrete.

After remaining abandoned for decades since being decommissioned, following the decision of Brown v. Board of Education, Southgate Street School has now been turned into the Newport History Museum. In addition to housing many exhibits that display Newport’s local history, the museum showcases content tailored specifically to the story of Southgate Street as an all-black school during nation-wide racial segregation in the early to mid-1900s.

Since its opening in 2016, the museum has fostered many projects by NKU students with student-led exhibits, artwork and policies implemented.

According to Dr. Brian Hackett, director of the public history program at NKU, around 70 master’s students have contributed to the museum in the three years the university has been involved.

Hackett said this opportunity gives students work experience as a historian, as well as a valuable lesson.

“They learn history doesn’t happen in a vacuum,” Hackett said.

Southgate Street School was decommissioned in 1955. According to Hackett, this means many former students and teachers are still alive to have their voices be part of the museum. Harris was given the opportunity to share the oral history of his experience in a video by public history master’s student Shirlene Jensen.

Harris attended Southgate Street from 1949 to 1953. Though he became aware at a young age that children like him didn’t get swings and seesaws, he said he was still naive to the juvenile level of education he was given compared to his white peers.

“It was just a school to me. Most 8-year-olds aren’t thinking about, ‘What are the academic standards of this place?’ and all those sorts of things,” Harris said.

But he said he was acquainted with the harsh reality of “separate and un-equal” when he entered integrated schools after the end of racial segregation in 1955.

“[The white children] were able to learn things in third grade that I had no idea about,” Harris said. “So, it was this constant catch-up I had to do throughout my schooling. And there were some things I just never understood.”

“What’s really interesting about this museum is that many of the former students and teachers are still alive and here to tell their story,” Michael Steenken, a public history master’s student at NKU, said. “For the community’s sake, I think it helps represent a portion of the history of the city that has not been forgotten and that’s still living on.”

Steenken has been involved with work on the museum since 2018 and serves on the board of directors as well as chairman of the volunteer committee. Alongside many master’s students in his program, he has contributed with the museum through creating exhibits, leading tours and drafting collection policies.

According to Steenken, the main goal of the museum is to promote cultural awareness and understanding of their surroundings amongst people of Newport. 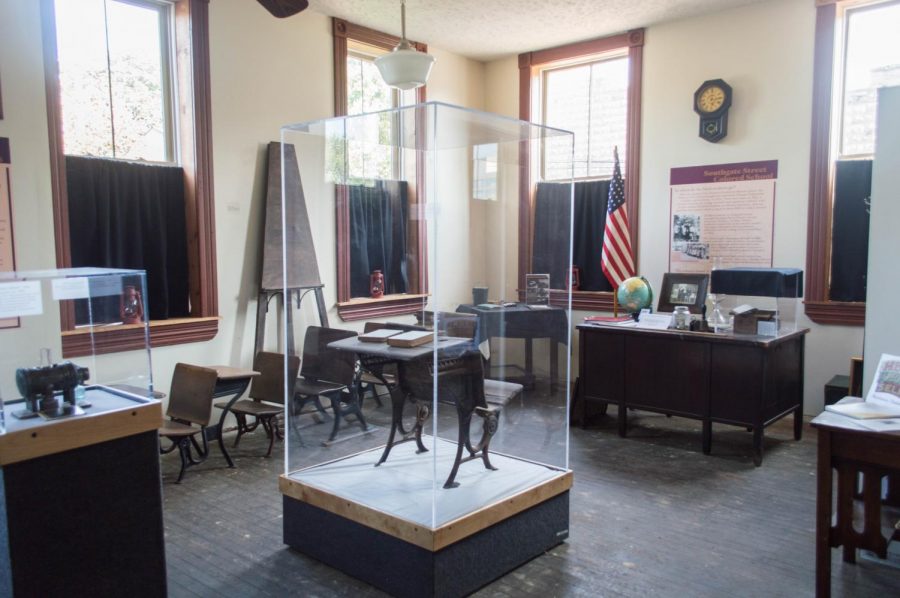 Gallery|3 Photos
Maya Shaffer
Inside the exhibit at the Southgate Street School.

Cordel George, a public history master’s student in his last year of study, said his work in the museum has strengthened his passion for African-American history.

“It’s powerful because it leaves no room for society to forget what happened in the past by preserving a more inclusive story,” he said.

Because of its residency at the actual historic site, the museum showcases artifacts hundreds of years old that had been discovered during its renovation: crude desks, unsteady bookshelves and a dried inkwell.

“The reason that Southgate school was even built was to provide adequate education, and that’s a reminder of that struggle that the African-American community had to face—to climb that hill of adversity,” George said.

According to Harris, the change in the structure’s purpose hasn’t resonated with him yet. When he walked through the doors on a recent visit to record his oral history, he still saw the same school that represented him being separated in society.

He said, despite his personal feelings attached to the structure, he is grateful the school still remains for study and preservation in the present-day.

“Here, we had six grades in a four-room facility. My grandkids go to elementary schools that are like campuses,” he said. “I think it does show an aspect of society that no longer exists, so that people can take a step back in history to see what it was like.”