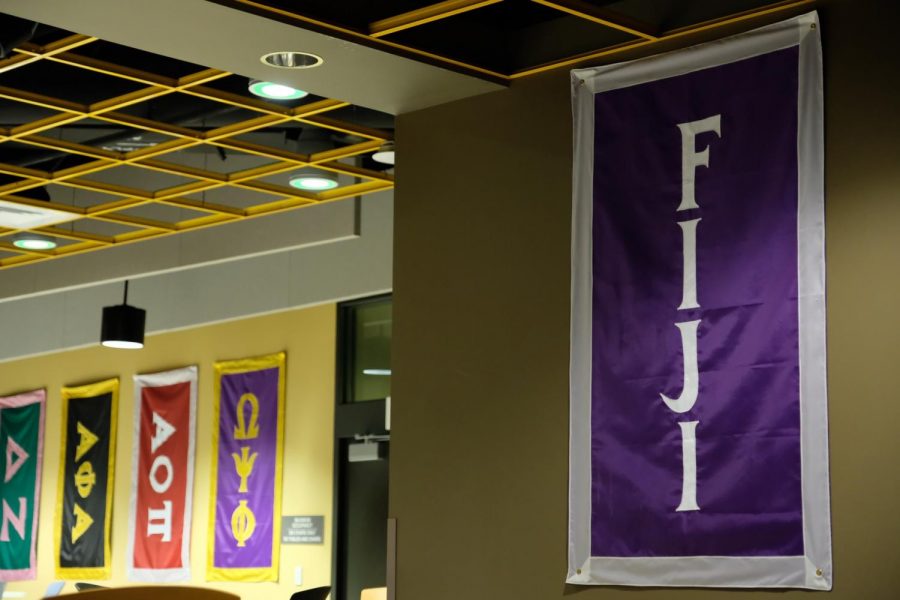 When Phi Gamma Delta—also known as Fiji—arrived on campus in fall 2016, excitement was high. But this once-promising fraternity quickly lost its way after the departure of the campus chapter’s first president and several subsequent struggles with recruiting. The organization dissolved at the end of last spring’s semester. What happened?

“Recruitment was one of our downfalls,” said Zach Dichtl, senior media informatics major and the former treasurer of Fiji. “We never were taught how to recruit from the get go.”

Dichtl—who was the organization’s second in command, as Fiji does not have a vice president—said the fraternity had an issue with retention as well.

“Starting a fraternity is a big task, and a lot of the guys who joined weren’t ready for that. It’s not what they thought it was going to be … and so their expectations weren’t met,” Dichtl said.

“We were a less established chapter, and it’s difficult to appeal to students that are coming in when, you know, why would you join a smaller one when you could join one that already has everything?” Kincaid said.

“You have to find that student that truly wants to see something grow and wants to be a part of something, and you have to be able to find those people that are not afraid to get their hands dirty.”

Dichtl also pointed to a lack of funds when compared to bigger fraternities or organizations.

“We didn’t have the money either to spend on really cool bid day shirts or these big events. We also only had a few people to plan everything,” Dichtl said.

Kincaid said recruitment and general events are much easier to pull off for bigger fraternities, and that being a smaller fraternity puts more pressure on members to attend social events.

Kincaid said he wishes he had instilled in the pledge classes how important it is to be involved in other campus organizations not related to Greek life.

Both men are involved throughout campus in other ways. Dichtl is a member of Alpha Sigma Pi, Alpha Lambda Delta, teaches at the on-campus tutoring center and is also a senator in Student Government Association. Kincaid spent two months of his summer living in Sandusky, Ohio with NKU’s Campus Outreach organization, where he is a student leader.

Dichtl said Fiji returning to NKU is not a matter of if, but when, as the headquarters of Phi Gamma Delta set aside money from the campus chapter’s remaining funds to reinstate themselves at a later date.

Fiji’s return may not be for quite some time, as the Interfraternity Council recently announced that Phi Delta Theta would be added to NKU’s six IFC fraternities on campus in the Spring 2020 semester.

Kincaid said he believes Fiji definitely has a place on campus, and that he strongly believes in the organization’s values and what it can do to help the community.

“However, I’m not sure if the university is large enough to sustain [Fiji]. I think the university would need to grow a little bit more,” Kincaid said. “Either that, or all the fraternities would have to roster cap.”

Kincaid gave a special shoutout to everyone who attempted to help the campus chapter of Fiji become successful.

“I would want to say thank you to everyone at NKU, especially the Greek community— because as much as it sucks to say that we did fail, they did encourage us and they did help us and they did provide plenty of resources for us to reach out,” Kincaid said. “I really am grateful to them for what I’ve learned.”