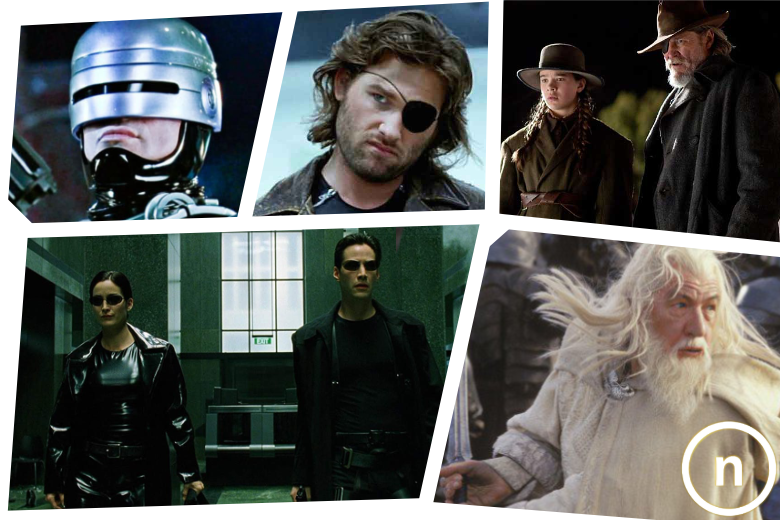 The school year is now in full swing, and with it comes the endless amounts of procrastination and ‘I should totally be doing something else right now’ moments that every student goes through. With a new month comes new additions to streaming services, so read on below to find out what Netflix, Hulu, Amazon, HBO and the Criterion Channel have in store this month when you’re looking for your next television binge or new favorite film.

Ryan Murphy has created some of the most successful television series of our generation, like “Glee,” “American Horror Story” and “Nip/Tuck.” Now, he has signed to a whopping $300 million deal with Netflix—the biggest television contract to date—to bring all of his future shows and films exclusively to Netflix. The first of his many future projects has arrived as “The Politician,” a dark comedy/drama starring Ben Platt and Gwyneth Paltrow about a high schooler with dreams of becoming President of the United States who must first outsmart his competitive classmates. Expect plenty of witty comedy, a soundtrack full of today’s hits and lots of pushing the envelope, as is tradition with Murphy’s other series.

Sacha Baron Cohen is most famous for his roles where he puts on disguises to fool others for comedic effect, in films like “Borat” and “Bruno” and in television series like MTV’s “Da Ali G Show” and last fall’s viral hit “Who Is America?” Now, he switches comedy for drama in this new Netflix series based on the true story of Eli Cohen, an Israeli spy in the 1960s, whose actions in Syria still have effects on the Middle East region today.

This six-part Lifetime miniseries was an inescapable social media sensation when it aired this past January. Months later, it’s now available for binge watching. The bombshell docu-series shed new light on the 30+ allegations of sexual misconduct by R&B singer R. Kelly, and had over 50 interviews from victims, associates and colleagues.

For some reason, Netflix has acquired the second and third movies in this beloved trilogy, but not the first. It’s probably some weird issue with publishing rights, but it’s not like you haven’t already seen the first one twenty times when it plays annually on TV during every major holiday, right? For those living under a rock, this 17-time Academy Award winning trilogy is based off of a series of fantasy novels by J.R.R. Tolkien. Set in the fictional universe known as Middle-Earth, the hobbit Frodo Baggins (Elijah Wood) sets out to destroy a magical artifact known as the One Ring as a means to defeat the evil lord Sauron.

This documentary, which premiered at the 2019 Sundance Film Festival, covers the sexual assault allegations against Harvey Weinstein in October 2017 that led to the worldwide #MeToo movement. The film features new evidence against the former Hollywood superstar, including several witness testimonies, and has been praised for giving his victims center stage to tell their stories instead of focusing exclusively on Weinstein.

One of the most influential science-fiction films ever made—and its two sequels that everyone pretends never actually existed—are finally available to stream. This cyberpunk action thriller, starring Keanu Reeves, Carrie-Anne Moss and Laurence Fishburne, was the original “I’m convinced we’re living in a simulation” meme. No, seriously, the movie is about a group of people who realize that Earth was actually taken over by machines and that all humans are connected to a computer. Then, Keanu Reeves learns kung-fu and slows down time. Sold yet? You should be.

This drama starring Ellen Burstyn, Jared Leto, Jennifer Connelly and Marlon Wayans depicts four individuals with a substance abuse disorder. It depicts how addiction can affect a person’s life in shockingly graphic ways. While the film may be too intense for some, it has been praised over the years for its powerful look inside the minds of people who use drugs.

This remake of the 1969 classic starring John Wayne is—hot take alert—one of the few remakes that is better than the original. With a star-studded cast of Matt Damon, Jeff Bridges, Josh Brolin and Hailee Steinfeld, this excellent Western from the Coen Brothers proves that there is still life left in the genre.

The sequel to the 1979 Australian dystopian apocalyptic action film, “Mad Max,” is the post-apocalyptic western that launched a genre—and Mel Gibson’s career. Set in the Australian Outback’s vast desert, now a wasteland, Max rediscovers his humanity by rescuing a community of settlers from a roving gang. You’ll never want to watch “Fury Road” again.

It might be hard to imagine now, but there was a time when found-footage horror films were novel and exciting. Cloverfield, produced by J.J. Abrams and starring Lizzy Caplan, Jessica Lucas and TJ Miller, depicts citizens of New York City fleeing as monsters invade the town, and the U.S. government’s attempt to stop them.

The second Coen Brothers movie on this list starring Josh Brolin, this unique comedy was severely underrated when it released three years ago. With a ridiculously stacked cast that also includes George Clooney, Ralph Fiennes, Jonah Hill, Channing Tatum, Tilda Swinton, Scarlett Johansson, Frances McDormand and Ralph Fiennes, this film set in 1950s Hollywood about the disappearance of movie star Eddie Mannix (Clooney) and its investigation by fixer Eddie Mannix (Brolin) is not one to be overlooked.

A cyberpunk movie so good that Kanye West named a whole song after it, this over-the-top dystopian thriller from the late-‘80s deals with a dystopian future where mega-corporations control everything. Set in Detroit, the film follows Alex Murphy, a police officer who is transformed into a cyborg after being gravely injured on the job.

This crime film, based on a novel by Elmore Leonard, stars George Clooney as a bank robber and Jennifer Lopez as a U.S. Marshal who is intent on arresting him, until she realizes she may have fallen in love with him. Ving Rhames and Don Cheadle also appear in the film, which is, weirdly, produced by Danny DeVito—yes, that Danny DeVito—who does not appear in the film at all.

This action film, with a soundtrack so iconic it has its own Wikipedia article, was made by John Carpenter after the roaring success of his previous film “Halloween.” (Fun fact: Carpenter is a Bowling Green, Kentucky native and attended Western Kentucky University.) The film, starring Kurt Russell is set in a dystopian 1997, where Manhattan Island has been converted to a maximum-security prison. Air Force One is hijacked and crash-landed in New York City, and prisoner Snake Plissken (Russell) has just 24 hours to rescue the President of the United States from the island or he will be executed.

Shane Carruth shocked the world in 2004 when he released “Primer,” a complex time-travel story written, produced, directed by and starring himself that took only $7,000 to make, and yet was more exciting than most of the other films of that decade. Nine years later, he returned with another bizarre science-fiction film about how people connect with each other. It might be one of the weirdest things you ever watch.

If you want to break into Indian cinema, there is no better gateway film than Satyajit Ray’s debut motion picture, “Pather Panchali.” Ray’s first film is one of three Bengali films that make up “The Apu Trilogy,” which are consistently found on ‘best films of all time’ lists and frequently cited as the greatest movies in the history of Indian cinema.