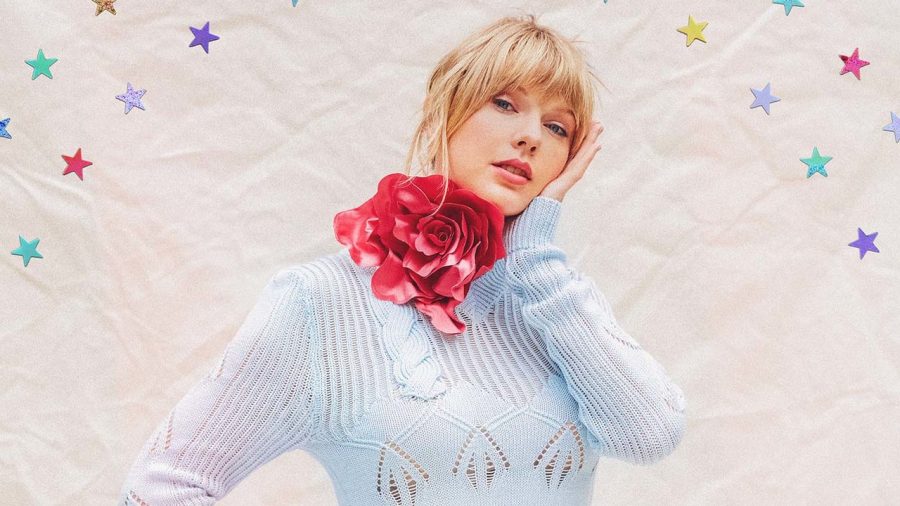 Taylor Swift returned this weekend with 18 new tracks on her seventh album, “Lover.” While perhaps not a groundbreaking musical masterpiece, “Lover” is a particularly important album for Swift, her fans and anyone involved in the music industry. This is the first album she has released where she completely owns the album’s masters, and it symbolizes the music industry’s continuous struggle involving artists and ownership of their work.

“Reputation” was the result of Swift’s experimentation with her own anger at the music industry and those who hated her; the tone throughout the album was chaotic and frustrating. However, “Lover” takes on a more romantic, soft vibe that hasn’t been seen from Swift in recent years.

Swift sheds her snake skin to produce what sounds like an upgraded version of her third album, “Speak Now,” which radiated that same innocence of a first love, but also reminisces about experiences her earlier albums couldn’t have imagined.

The album has a song for every occasion, showcasing Swift’s versatility as a songwriter and musician. Previous creations followed a standard theme throughout, while “Lover” is a conglomeration of hopeful love songs, heartache, self-love and desperation.

Despite maintaining an air of confidence in tracks like “I Forgot That You Existed,” “You Need To Calm Down” and “ME!,” Swift dials down the in-your-face anthems to elevate airy, romantic ballads instead.

Produced by Jack Antonoff, the title track “Lover” captures the movie-like adoration Swift has for her partner. The mellow, guitar-centric melody is set to serenade any who listen to it, illustrating the existence of something pure and warm.

Of course, it wouldn’t be a complete Taylor Swift album without a dedication to a heartbreak. “Cruel Summer” follows “I Forgot That You Existed,” and the two songs couldn’t be more different. Whereas the opening track of the album serves as a reminder that Swift can rise above and even forget the existence of those who have hurt her, “Cruel Summer” finds her screaming “for what it’s worth, I love you, ain’t that the worst thing you ever heard?”

Her vulnerability becomes her strength during “Cornelia Street” and “Death By A Thousand Cuts.” Both are melodically engaging, while the lyrics tug at the heartstrings.

“Cornelia Street” chooses to dive into the fear she holds in her relationship, and “Death By A Thousand Cuts” focuses on the aftermath of a ruined love.

Swift, accompanied by the Dixie Chicks, returns to her roots to illustrate a different kind of heartache not previously touched on. During “Soon You’ll Get Better,” a lullaby to her mother who was diagnosed with cancer, she sends a soft prayer to her mother, to Jesus and to anyone who will listen.

Other notable tracks include “False God” and “Afterglow.” With blatant acceptance of failure, Swift still holds onto the thread of attachment she and her partner still have for each other during “False God.” She recognizes the end of this religious experience but “still worships this love,” despite it no longer being real.

As the musical embodiment of golden hour and a reflection of “False God,” “Afterglow” captures the moment Swift takes responsibility for her mistakes in the relationship. It’s a stunning apology that’s spinned in a hopeful reconciliation. It’s the sun peaking over the horizon with night approaching.

“Lover” finds Swift unapologetically playing with every aspect of her personality and the conflicting emotions that control her creativity. She is fully aware of her reputation and takes advantage of that in her records, as seen with the entirety of “Reputation.”

But instead of creating another album devoid of all emotion but anger, Swift uses “Lover” to blend self-confidence with self-destructive love. While pointing out the double standards set for female artists in the industry in “The Man,” she also fully embraces every notion of romance in tracks like “Paper Rings.”

The album closes on “Daylight,” an ‘80s-inspired pop love song much like the rest of the album. It’s not sad or intensely joyful, but a small narrative about how finding love is like seeing clearly. “Daylight” could just as much open the record as close it, proving it’s less of a finale and more of a hint that Swift will be returning. “Lover,” thankfully, lacks a definitive conclusion.

“Lover” is an interim record, beginning a new era of Swift’s music that is much softer and sweeter, and might be exactly what we need in 2019. It may not be her most prominent work, but that doesn’t seem to be the goal of this project. Swift took a break from looking to prove herself, and instead produced an album full of mellow, synth-pop beats dedicated to herself and her fans. The album serves as a reminder to not only love yourself, but love others just as wholeheartedly and recklessly.