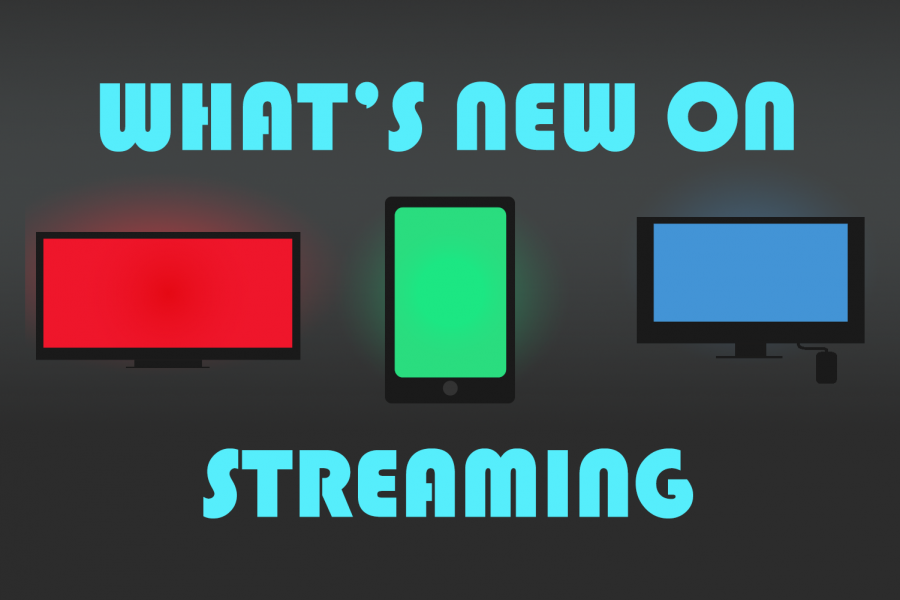 What’s coming to streaming in August

Netflix, Hulu and more have new content for every taste in media

With every student preparing for their return to campus this month, it can be tough to keep up with the latest movies and TV shows. This list will keep you up-to-date with what’s available to watch.

Netflix is bringing back two of its best original series, while Hulu is bolstering its rapidly growing selection of movies. (Fun fact: if you watch a movie on Hulu, there are, thankfully, only ads at the beginning). Amazon Prime debuts its anticipated mini-series about the trial of rapper Meek Mill. Finally, HBO, Showtime and the Criterion Channel add even more to their impressive collection of titles. Check out more details below.

Netflix’s most underrated gem returns for a surprise third season at the top of the month. The sports comedy starring Alison Brie (best known for her roles in Community and Mad Men) returns with several new cast members, as the Gorgeous Ladies of Wrestling relocate to Las Vegas for their new live show. Expect equal amounts of laughs and emotional moments in this female empowerment story that details how exhausting it is to be a stage performer.

Fans of other true crime series like “Criminal Minds” will definitely want to check this one out. Based off the non-fiction novel of the same name by retired FBI profiler John E. Douglas, this drama features a team of police officers interviewing serial killers to learn how they think, in an attempt to apply this knowledge to future cases. The series is directed by David Fincher, who is best known for his other crime films “Fight Club,” “Zodiac” and “Gone Girl”.

After seeing Leonardo DiCaprio’s face all over every trailer, billboard and poster for “Once Upon a Time in Hollywood,” it’s hard to remember that, at one point, he wasn’t one of the world’s biggest movie stars. This 1863 period drama, starring DiCaprio, Daniel Day-Lewis and Cameron Diaz, was nominated for a whopping ten Academy Awards.

Yes, you read that correctly. Every Star Trek movie from “Star Trek: The Motion Picture” to “Star Trek: Nemesis” will join the Hulu library, except for the maligned “Generations” film from 1994. Every season of the show that has ever aired on television is already available on Hulu, which means anyone obsessed with Star Trek now has hundreds of hours of content at their fingertips.

This quirky coming-of-age drama launched the career of Jason Schwartzman and propelled Wes Anderson’s unique filmmaking style into the mainstream. Max Fischer (Schwartzman) is a 15-year-old student at the prestigious Rushmore Academy, where he frequently gets into trouble due to his poor academic performance and focus on extracurricular activities. His life changes when he meets Herman Blume (played by Bill Murray), the owner of a multi-million dollar company.

Before he was cranking out critically panned sequels to “Taken” and “The Transporter,” there was a time when writer-director Luc Besson was making something other than two hour long car chases. “The Fifth Element” stars Bruce Willis as a taxi driver in the year 2263, when an alien (played by Milla Jovovich, in her breakout role) falls out of the sky and through his taxicab. “The Fifth Element” is one of the most divisive sci-fi blockbusters ever, with it receiving both Academy Award and Golden Raspberry nominations. Watch it for yourself and see which side you agree with.

Watch Tom Cruise push his body to the limit as he jumps out of an airplane and crashes a motorcycle as IMF agent Ethan Hunt. The second “Mission: Impossible” film written and directed by Christopher McQuarrie was one of the best-received films of 2018, and has been regarded by some critics as one of the best action movies of all time.

Before romantic comedies and disaster movies, Gerard Butler was most known for his role as King Leonidas of Sparta in Zac Snyder’s “300.” If you haven’t seen this movie by now, you’ve definitely seen it in memes or referenced in a Vine or TikTok. Why not check out the source?

This new docu-series details the rise of popular hip-hop artist Meek Mill, his wrongful imprisonment and his life in the months after his release. The five-episode series, produced by Jay-Z, will explain how Meek Mill became an icon in the growing call for criminal justice reform in the U.S.

The Roys are back for a second season in HBO’s “rich people behaving badly” drama. Centered around the aging Logan Roy, who owns the biggest media conglomerate in the world, his children battle to see who will be in control of the company after their elderly father retires. This series got off to a shaky start, but rapidly picked up steam—and ended up garnering three Emmy nominations. Fans of unpredictable dramas should keep an eye on this one, as this series somehow has more backstabbing and double-crossing than HBO’s other hit series “Game of Thrones”.

If you loved “The Lobster” or “The Killing of a Sacred Deer”,” then you’ll love Yorgos Lanthimos’ Academy Award-winning black comedy “The Favourite.” Taking place in 18th-century England, “The Favourite” follows two noble cousins (Rachel Weisz and Emma Stone) as they compete to be court favorites of Queen Anne (Olivia Colman).

No introduction should be needed for Stanley Kubrick’s 1980 horror thriller starring Jack Nicholson, Shelley Duvall and Danny Lloyd. If you somehow have yet to see the truly classic “The Shining,” your free Showtime subscription with your Spotify account will desperately catch you up on what you’ve been missing.

Watch the late Phillip Seymour Hoffman in his Academy Award winning performance as Truman Capote as he writes “In Cold Blood”—the book you were supposed to read in high school, but didn’t.

David Byrne of Talking Heads fame directs and stars as an unnamed stranger in “True Stories,” a musical comedy satire with original songs performed by Talking Heads. Set in a fictional Texas town, Byrne observes the townspeople as they prepare to celebrate the 150th anniversary of Texas’ independence.

Watch Ewan McGregor in his breakout role as Mark Renton, a heroin addict stumbling through life, in Danny Boyle’s 1996 classic “Trainspotting.” Follow Renton as he tries to escape drugs and bad friends as he moves from Edinburgh to London. Escaping is a lot harder than it seems.

Written, directed and starring Jackie Chan, “Police Story” is worth the subscription price to Criterion alone. See Jackie Chan make his start in the Hong Kong film industry as he plays a police detective out to clear his good name after being framed for murder. Get ready for action scenes and practical stunts that still hold up today.