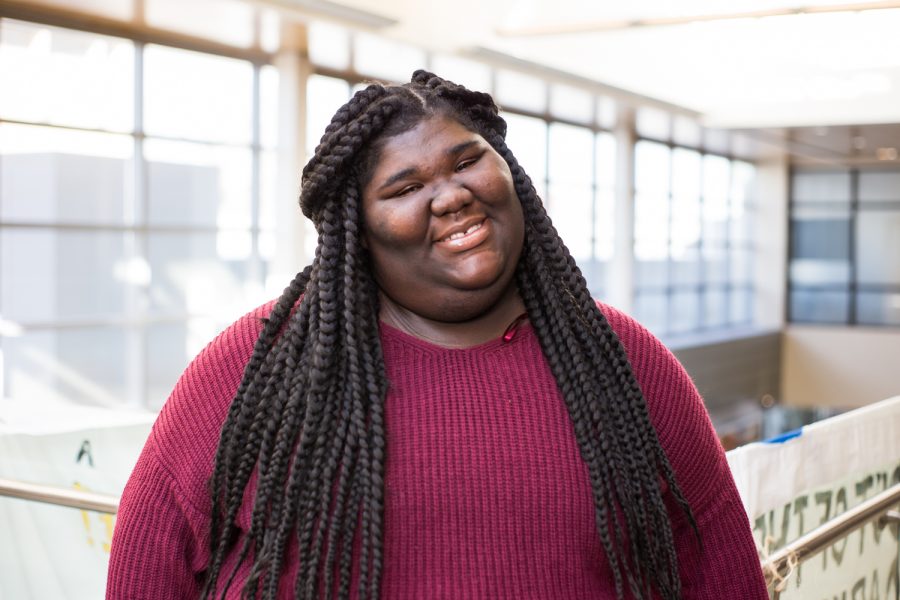 ‘Out of my comfort zone’: student finds new passions by getting involved

Passion, strength, kindness, love and desire. Shayla Delamar is more than your average student. As a leader at NKU, Delamar has shown her true colors to the community by following her passion and impacting the NKU community, one organization at a time.

“The reason I ended up becoming so involved was kind of just a series of events. I would go to different meetings, and I would see the impact that they made,” Delamar said.

Studying international business, Delamar is a sophomore by year, but a junior by credits. Delamar has participated in countless organizations in her two years at NKU that show her desire, passion and love for NKU’s community.

“I’m a firm believer in if you put your mind to it, you can achieve anything. Therefore, I put my mind to making an impact in every organization I decided to join,” Delamar said.

This can be seen in her achievements within her organizations as a lead mentor, a dancer, a secretary and second-place pageant winner; these are just a few of Delamar’s titles and achievements. The amount of interest that Delamar shows partnered with the amount of passion expressed showcases how Delamar plays a big role in who she is on campus.

“With every organization, I felt like I would be able to make a difference,” Delamar said.

In the fall of 2017, Delamar arrived with a love for NKU. As a mentee in NKU R.O.C.K.S., she saw the impact this organization had on her first year at NKU. From the beginning of the 2018 fall semester, Delamar knew she wanted to make an impact. Delamar decided to join NKU R.O.C.K.S. as a mentor to help incoming freshmen find their way around campus.

“Shayla is a leader, and is always so productive. I feel like she tries to get to know every single person on campus, no matter their race or gender. I believe that she’s very focused. She’s determined on everything she sets her mind to,” said Mishon Reed, sophomore social work major.

Channeling her inner beauty, Delamar received second place, crowning her the title of Miss Black, in Alpha Phi Alpha Fraternity, Inc. Miss Black and Old Gold Scholarship pageant. This pageant was an opportunity for women who are passionate about NKU and those who strive to be recognized for the work they have contributed on campus.

“I wanted to do this pageant because it was a way for me to get out of my comfort zone. I can definitely say I got that and much more,” Delamar said.

Running for senator is always scary, but not for Delamar. Shayla took the reigns as a senator of SGA. Delamar knew she wanted to make an impact on the community. Taking a strong and powerful position is a great place to be, for someone who continues to chase their dreams.

“Shayla has that personality, that when she talks everybody listens,” said Mckinnley Carroll, sophomore criminal justice major.

Delamar strives to be an individual that people can look up to. Her personality is what she feels people can relate to the most.

Delamar is proud of her work, and is proud of the impact that she has made at NKU. Her dedication and drive is a trait that will not disappear. Delamar is excited to see what this year brings for her, and the organizations she takes pride in.