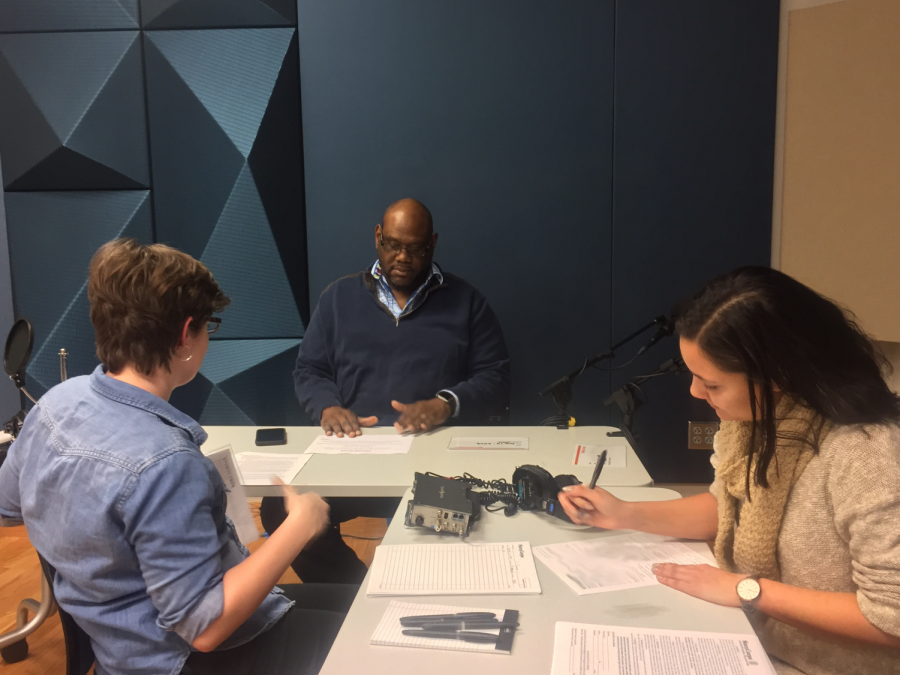 Chelsea Aguilera never fully listened to her grandma’s stories growing up. Her raspy-voiced, gruff grandma used to sit in her garden, talking to plants, God and telling stories that Aguilera wishes she appreciated then.

One story in particular was about the Zoot Suit Riots in Los Angeles, where White American servicemen attacked Mexican-American youth and other minorities who were seen wearing the high-waisted suits popular in the 1940s.

Years later—when she had grown up and moved to a different city—she was listening to the radio, where she recognized the same story being told. The story was a similar rendition of the one her grandma told her about the riots, but she couldn’t quickly pinpoint where she’d heard the story before.

“I’ve heard this story, and why does that word sound familiar?” Aguilera said.

Although she knew the story, the angle in which she had originally heard it had changed. She said it was no longer her grandma’s voice telling the story, but rather a voice that was removed from the situation.

Aguilera, an outreach specialist for StoryCorps, now allows people to speak for themselves and tell their own stories the way they want them to be told.

Founded by Dave Isay, StoryCorps is a non-profit storytelling organization that documents stories of everyday life through recordings on NPR, its website and in the Library of Congress.

After the 2016 election, Isay felt that the country was at odds with itself, with tension increasing on both sides of the aisle.

“What we’re looking to do is bring the temperature down a little bit, trying to remind people that in this age of mass media and hiding behind our screens…that person who disagrees with you is still a human being,” Aguilera said. “How could we be more empathetic and more compassionate to somebody who believes differently than us?”

The selection process for “One Small Step” interviews includes a questionnaire that asked people’s political leanings and whom they would be interested to have a conversation with. During each conversation, a facilitator is present to ensure that all participants feel safe, comfortable and heard.

Aguilera said that going to universities is beneficial because of the open dialogue and conversation between the students that occurs on campus.

Per diem facilitator Alison Hopkins said the new project slightly changes her role as the facilitator and alters the dynamic between the participants. Hopkins wants participants to trust their partners, involving herself more to ensure that hostility remains low.

During traditional StoryCorps interviews, facilitators often sit and actively listen to the conversations. A typical interview involves two participants who know one another, discussing stories that have importance to them.

Hopkins said that while she must remain impartial to the discussion, she also wants to make the participants comfortable and connect with them.

“It’s knowing where that line is between, ‘this is my experience, and I’m paying attention, I’m listening, I’m learning from [your experience].’ And also to trust people to know the person that they’re with and their comfort levels,” Hopkins said.

Being a facilitator, Hopkins said she has learned that people are kinder than what the media portrays.

“Even things [people] do that don’t come across as kind come from a place of good intentions,” Hopkins said. “And even if I disagree with someone, that doesn’t mean that they didn’t mean well in their own way.”

Aguilera previously served as a facilitator, where she learned the emotional weight that most people carry around with them that people are typically unaware of, unless they get to that “deep spot.”

“If you think about that, it helps, for me, at least it helps me to approach people with more compassion by thinking ‘okay, this person might have some really significant thing that they’re dealing with that I’m completely unaware of and I should give them the benefit of the doubt,’” Aguilera said.

Through listening to people’s stories, sometimes historians can experience second hand trauma, according to Hopkins. She said there was a time when she was working in the Atlanta office and a woman came in to do an interview. After the recording was over, the woman kept talking and told Hopkins a traumatic story of hers. The next day, Hopkins told her boss that she was feeling “off,” and explained why.

“Sometimes you walk in not knowing what you’re going to hear. Sometimes people talk about really painful, horrific things and they’ve had time to deal with it. But you haven’t and sometimes that’s hard to let go of that,” Hopkins said.

Aguilera said she hopes that StoryCorps makes people feel important and heard, adding that listening is an act of love while also building empathy and making people more compassionate toward each other.

“We always say that everyone has a story,” Aguilera said. “And that’s absolutely true. And I think that also everyone has a voice, but we don’t hear everyone’s voices all the time.”

She also wants people to find commonalities and friendships through the interviews. There have been times when people have walked out of the studio, exchanged phone numbers and wanted to continue their conversation, Aguilera said.

Sometimes, Aguilera said, people have bad days where they take out their anger on others.

StoryCorps hopes to unite people who wouldn’t be together before.

“What happens if we reverse that and we provide someone with a little bit of space to express themselves and be heard and to listen,” Aguilera said. “We’re hoping that that carries through and kind of has a ripple effect as well.”