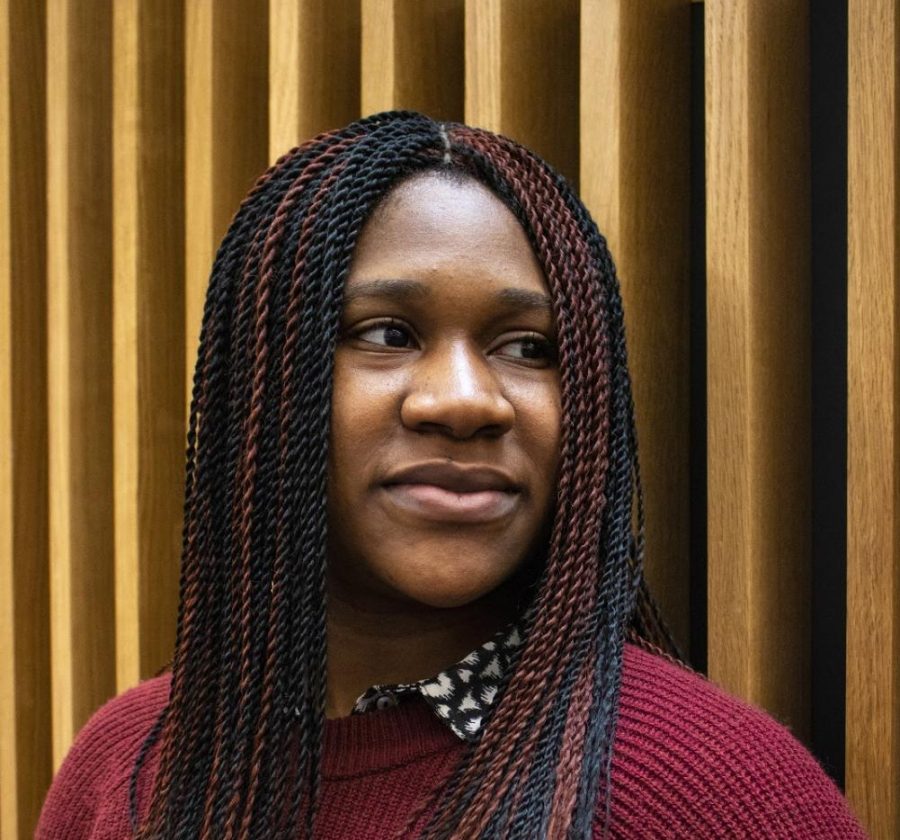 For student poet, the biggest risk is not taking one

From deciding to attend a university over 5,000 miles away from her home in Lagos, Nigeria, to the interdisciplinary challenges she took head on, Onyinye Uwolloh is no stranger to taking risks.

The elemental logistics of scholarships and tuition weighed on Uwolloh’s decision to come to NKU, but one perk she shopped for was a university that had snow.

“It was fun the first snowfall,” Uwolloh, a junior psychology major, said. “We all went out and took pictures to send to family back home.”

However, after enduring a polar vortex, she realized snow is something that gets old fast.

Thankfully, the snow wasn’t the only selling point for NKU. She fell in love with the bits and pieces of the university along the way, especially the freedom that students have to experiment with disciplines outside of their major.

This aspect in particular is especially different than education back home.

“They are more rigid about what you can take depending on what path you’re on,” said Uwolloh. “Science students are discouraged from taking art classes and vice versa.”

She never felt the urge to alter the path that she chose when coming here. Her artistic hunger was satisfied by the interdisciplinary flexibility of her classes, especially those in the Honors College.

One of those was a course she took in spring 2018 called Moby Dick and the Arts. It sent her on an artistic journey that lead to her greatest accomplishments so far.

In this course, students are encouraged to do an artistic response to literature.

Uwolloh’s project was “Ishmael na my Name,” a sequence of haiku—one for every chapter of “Moby Dick”—in Pidgin English.

She read these poems and discussed her response to Melville’s work at a Six@Six lecture hosted by NKU Scripps Howard Center for Civic Engagement called “Moby Dick through a Nigerian Lens” in January of this year.

Her series of haiku will be published in an anthology of poems centered around Melville, and she has also been invited to a conference in New York City to celebrate the 200th anniversary of Melville’s birthday and the works of art that have derived from his literature.

Her professor for the class that encouraged this project, Dr. Bob Wallace, is deeply passionate about discoveries that happen between the blurred lines of literature and art.

“Literature and the arts and the intersections between them can enrich our lives in ways that we probably wouldn’t expect,” Wallace said. “And how surprising it is to see what people end up doing when they decided to express their response to one kind of art to a different kind of art.”

Writing is going to be something that Uwolloh will continue to do throughout her life. She is currently working with Dr. Joan Ferrante on the “Mourning the Creation of Racial Categories” project—writing some haiku for the third installment of the four-part documentary series.

“The things that hold us back the most are our own perceptions of what we feel we can and cannot do. Sometimes it just takes that push from someone who is looking in from the outside to get there,” Uwolloh said.