Why we take candy from strangers and carve holes in pumpkins 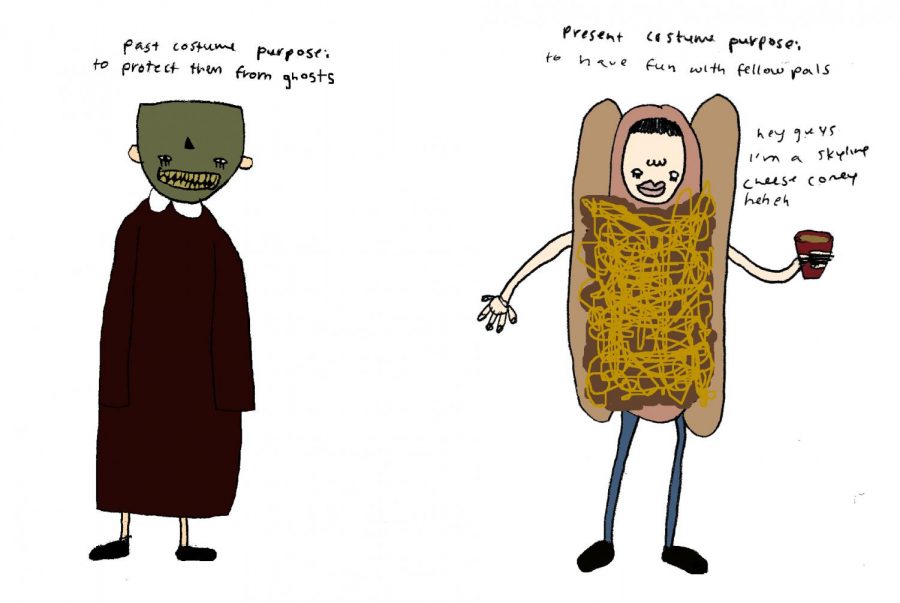 The Halloween costumes of the past disguised people from spirits; today, we dress up for fun.

“People like to use Halloween in today’s society to dress up and have a good time partying,” said Celtic Studies professor Michael Simonton, who has expertise in folklore.

But it wasn’t always about fake blood and flimsy outfits— the Halloween of yore was bleak affair.

Halloween’s origins go all the way back to the ancient groups of Celtics living in the northern part of Europe, having their Celtic festival of “Samhain,” or “All-Hallows.”

At the end of summer, the Celts thought that the barrier between our world and the world of ghosts and spirits became thin which meant that supernatural creatures were free to roam the Earth.

To ward them off, the Celts would have a big party during this time to scare away all the ghosts and spirits. The next day would be All Saints Day, Nov. 1, which explains the reason why we celebrate Halloween.

The phrase “trick-or-treat” comes from bored peasants in the village who had nothing to do. One night a year, they would play tricks on people who wouldn’t give them treats when they asked, thus creating the Halloween tradition we know today.

“They go door-to-door asking for apples and nuts because they didn’t have candy and if people didn’t give them anything they would put a roof slate over their chimney and play a trick,” Simonton said.

The origins of the “jack-o-lantern” also comes from the Celts with the tale of a man named Jack.

Jack, who was out digging turnips on Samhain, had to get home before it got dark and the “veil” between this world and another world became thin, Simonton said.

Then, Jack started hearing voices as it got darker and darker. Frightened by the dark, he hollowed out one of the turnips and lit a candle inside it to get back home, creating the first jack-o-lantern.