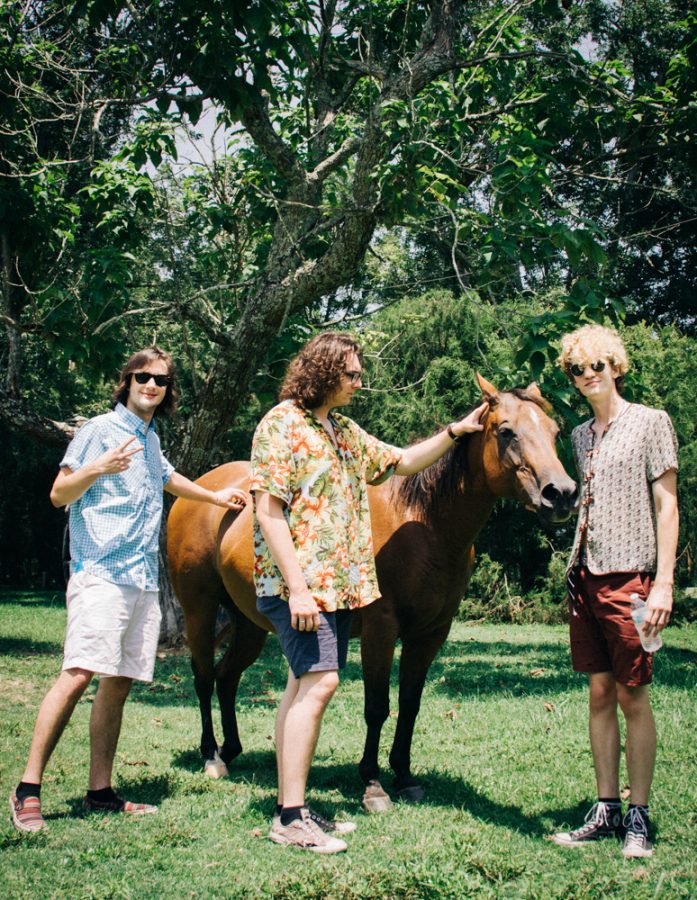 An alt-rock band featuring NKU students Garrett Crider and Brendan Jordan was born from an accident. 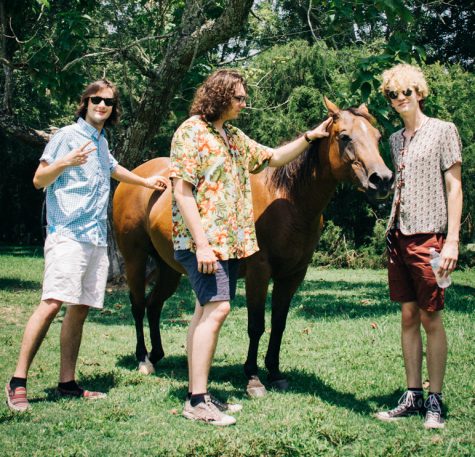 The band’s three members were involved in a car crash, which landed all three in the hospital. Two of the members ended up with sprains and a few broken bones. The third member, Jack Johnson, was not so lucky.

According to the band’s website, Johnson’s heart stopped due to the impact of the crash. He was no longer breathing when the paramedics found him, but was resuscitated and spent several days in an ICU, where the doctors weren’t sure if he would make it. Due to Johnson being a minor with no state identification, the nurses came up with a nickname for him – “Trauma Illinois”.

“It was a real formative moment for me as an artist,” Johnson told The Northerner. “Suddenly life is impermanent, and we only have a limited time here to do what we want.”

Famed Illinois rock band Fall Out Boy happened to be playing a show in the hospital at the same time, and ended up sending Johnson a get well note with a photo attached.

Crider described the crash as the key moment that molded the band together closer than he’d been with any other group of people.

“We started putting the trauma and pain that came from that event into the songs that we’ve created now as this new band,” Crider said.

Formerly known as Blank State, this band started with five people with little genre direction, but it has evolved into a group of three with a much clearer message–one that stems directly from this traumatic experience.

“The themes lyrically were more scattered and not well defined, since we started focusing on what we learned from the accident—and using that as a creative reference—things have gotten tighter and more concise,” said Johnson.

Crider is the only member that is pursuing music in an academic setting. He said NKU’s jazz studies program has opened doors for his playing that he never thought possible.

“My body has become a personal orchestra with the drum set, and I’ve been able to apply these skills to the band’s music,” Crider said, “My percussion director Mr. Scott Lang was a tremendous help in shifting my attitude towards practicing into something positive and it puts a whole new perspective on performing music.”

Jordan decided not to pursue either of NKU’s music programs and instead chose to study as a psychology and philosophy major.

“I tried both jazz guitar and classical guitar, but to be honest I wasn’t really into either one,” Jordan said, “I’m very happy with my decision, I really love my majors.”

Johnson is a astrophysics major at the University of Cincinnati.

“I felt I already had the tools to succeed in the music world, as I have been writing and performing music for a long time now,” Johnson said.

Crider reflected on what it is like to be in a successful band in college.

“That block of social time that normal college students get, we don’t get,” Crider said.

They said being a band with their particular sound is hard in this area.

“There’s not too many ‘built in crowds,’” Johnson said, “You have to work really hard to do self promotion. There’s not really much of a culture built in for local bands to rise up based on merit or skill.” 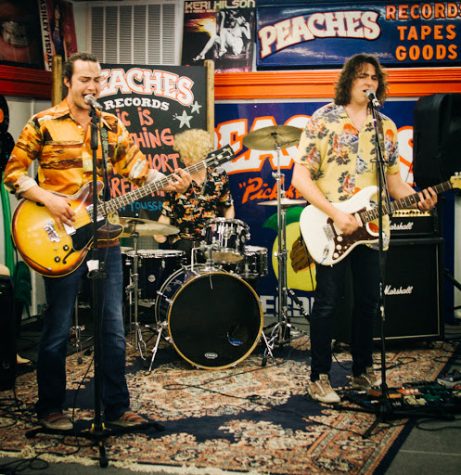 e band went on tour this past summer, with 12 shows spanning across 11 cities and six states. Playing this tour helped them realize how different other music scenes, like New Orleans or the Florida Keys, are compared to Cincinnati.

“They are the drastic opposite,” Johnson said, “Everyone is about local music—there are so many people out just looking to come listen to you. So we definitely realize the limitations of Cincinnati. As a local band, you really have to push your connections.”

“The two parts to making it as a band are hard work and luck, and I think it’s just more hard work in a city where there are less people that are actively trying to build the music scene,” Crider said.

“But our genre not fitting in can also be a good thing — it sets us apart,” Johnson said, “It just depends on how you market it.”

Although breaking into the scene can be difficult, Jordan thinks it is worth it.

“You have to break the ceiling a bit, then it’s a grind,” Jordan said.