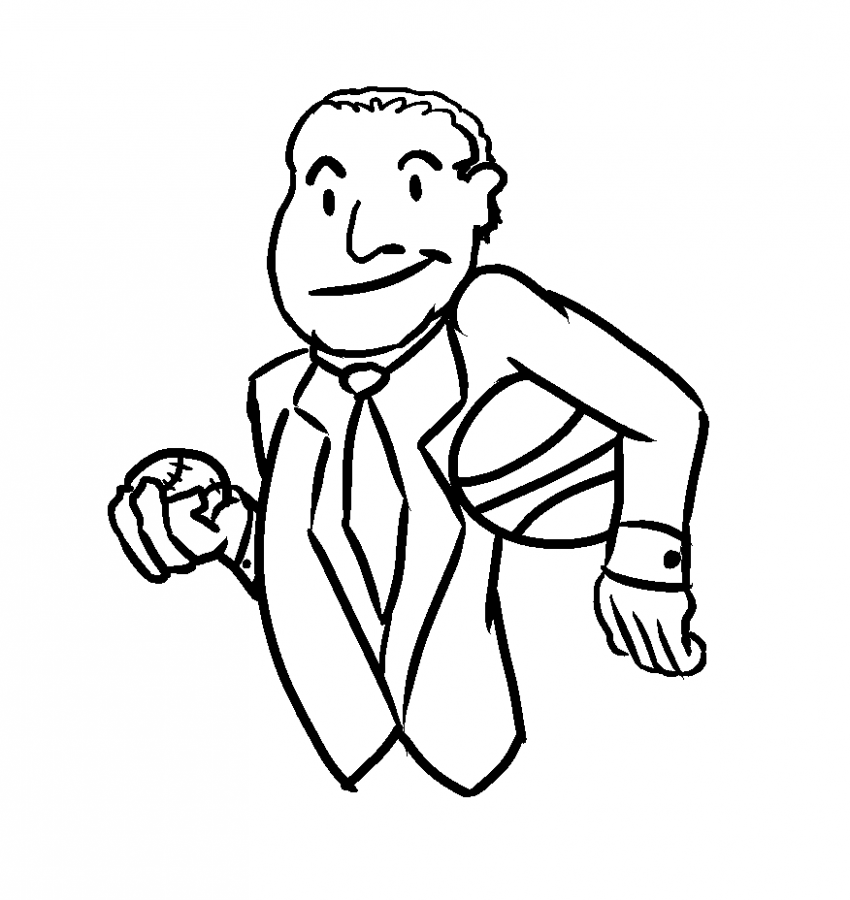 When Rick Meyers first stepped on campus in the fall of 1972, it wasn’t just the St. Thomas graduate’s first day of college: it was also NKU’s first day at its new home in Highland Heights, having migrated from its original home on a Covington Hillside.

At that time, four years after the school (then known as Northern Kentucky State College) was founded, campus was small but growing rapidly. All classes were held in Nunn Hall, which was the only building on campus at the time. Enrollment totaled around 2,000, tuition cost only $220 and Regents Hall was still just a construction site.

“It was like a big high school,” Meyers said. “When you walked through the halls, you’d see people from different high schools that you knew just by growing up in Northern Kentucky. There was a feeling that we were all going through this together.”

What Meyers hadn’t yet realized was that this experience would span far beyond graduation. For the next 42 years, he would grow up alongside NKU, becoming its Sports Information Director, Director of Media Relations and Assistant Vice President of Marketing & Communications, watching as the campus sprouted up from a small college to a full-fledged university.

And, it all started with The Northerner.

“I knew from the get-go that I wanted to be something in journalism: a sports reporter,” Meyers said.

The timing was right for Meyers to begin his foray into the field. Two months after his first classes, Regents Hall officially opened, giving the NKU’s basketball team its first home.

Previously, the team took to the court at local high schools, a temporary measure that provided space to play at home while promoting the college to prospective students.

“[Shields] called up coach Hils and said, ‘listen, coach, we’ve got this kid at St. Thomas who keeps the stats if you need someone to help out.’ Coach Hils says, ‘sure,’ and they put me on an athletic book scholarship, which at the time was a pretty good deal.”

That job as scorekeeper helped Meyers land a gig writing sports stories at The Northerner.

In his Freshman year, classmates encouraged him to join the paper—he’d worked with his high school paper in the past, and it seemed like the best way to help build his portfolio while sticking around the sports department.

He started out covering event stories on campus, but soon worked his way into a sports niche, covering the extent of the college’s athletics from baseball to golf.

“I knew the subject matter, I knew the people,” Meyers said. “The Northerner was the greatest tool for me.”

Unaffiliated with any NCAA league at the time, NKU’s basketball program was small, but that was what attracted Meyers to the team: being a part of something new.

Meyers even saw NKU become the first college in the state to offer scholarships to female athletes, a move that helped the school’s women’s athletics program become a national powerhouse at the time.

By 1975, still an NKU student, he was covering high school sports for the Cincinnati Enquirer for $20 a night. The next year, he became The Northerner’s sports editor.

In those pre-Griffin Hall days, the Northerner staff laid out its issues by hand on Thursday nights in a house near campus—its official headquarters. Their weekly ritual complete, they’d make stops at Skyline Tavern to celebrate before distributing copies across campus in the morning.

From sports information to public relations

On April 29, 1977, Meyer published his last sports column for The Northerner: a farewell piece that, uniquely, gave a list of suggestions to NKU’s athletic department before he bowed out.

“Although [past administration] would probably disagree, a major portion of a school’s publicity comes through athletics,” his editorial read. “Therefore, in a sense, the Sports Information Director (SID) is more important than the school’s PR director. Granted, that isn’t the way it should be, but that’s the way it is.”

“Bolster the sports information department as best you can.”

It was a controversial stand, but one he stood by. Still, he suspected that the comment had ticked off the university enough to burn some bridges.

Meyers was surprised then, that summer,  the university approved his request to create the SID position. The athletic director called him and suggested he apply.

By the fall, he was working the same job he’d advocated for in the spring: NKU’s first full-time SID. Meyers helped promote the university’s athletics programs from 1977 until 1986, when he was named director of media relations and NKU’s spokesperson.

As media relations director, he earned nine CASE (Council for Advancement and Support of Education) awards for writing, public relationships and institutional programs and helped organize NKU’s speakers bureau. In 2001, he was named assistant vice president for marketing and communications—a role he held until 2014.

Meyers said that his 40 years in public relations has been the most fun he’s ever had, crediting NKU’s willingness to hire former students as a catalyst for community-building.

He said that when students got on-campus jobs at NKU, they were then able to “show their stuff” either as interns or staff members. Not only did they become good workers, he continued, but ambassadors for the school itself.

“Many times, when graduation came around, they were naturals to be hired full-time,” he said.

Now Meyers is enjoying retirement, but he still looks back fondly on his time at NKU. Each time he visits campus, he said, he picks up a copy of The Northerner, poring over it with “a fine toothed comb.”

He said that for someone looking into journalism, it’s essential to work with your college paper.

“The Northerner was the greatest tool for me as a writer,” Meyers said.