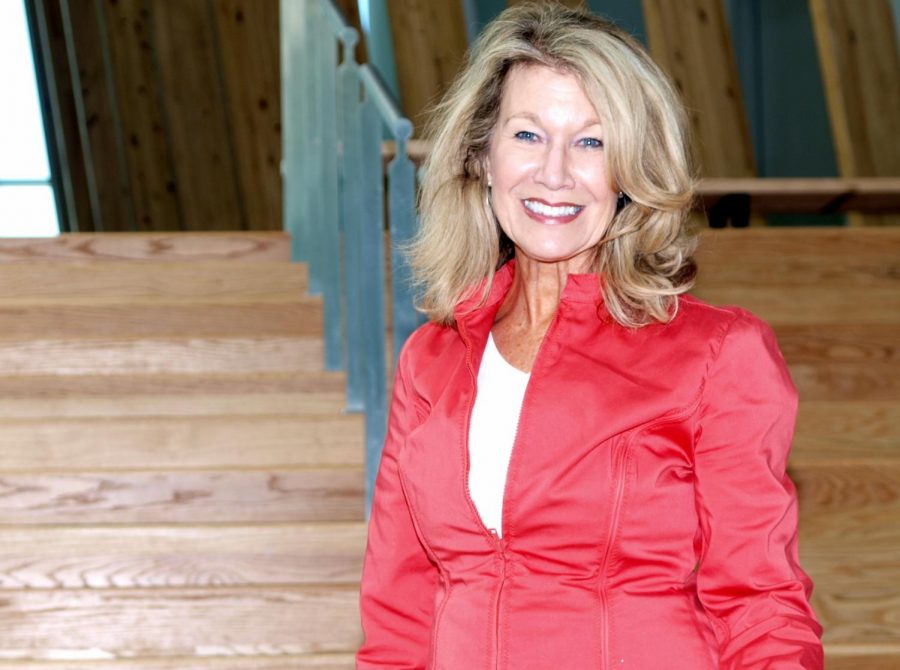 Tucked away in the fifth floor of Griffin Hall is public speaking professor Karen Slawter’s office, which is bare other than a few mementos and picture frames scattered throughout. She has two chairs against the wall, a notable distance away from her desk.

“Push the chair forward. No students come up here anymore,” Slawter said. “They all just use email.”

“I know what they’re going through because there have been plenty of times where I have been—as an adult, as a teacher—and I’ve gotten those butterflies, too,” Slawter said.

Slawter graduated from Eastern Kentucky University as a speech and theatre major. Growing up, she loved public speaking and decided it might be something worth going to school for.

“I was in speech events—competitive events in high school; it really started in the seventh grade. I enjoyed that and loved public speaking and competing all through my high school years,” Slawter said.

While at EKU, Slawter competed in debates and speeches. She also was involved in the theatre program because it was one of her majors.

“I had never really thought about what I would be doing with that major,” she laughed.

Slawter’s mother encouraged her to have something to fall back on in case her original plan didn’t work out.

“I had an English minor, so she said ‘why don’t you get a teaching certificate?’ I really didn’t think I wanted to be a teacher,” Slawter said. “I really wanted to be on the stage. I took her advice, thank goodness.”

Slawter then taught English at the secondary level, and was in charge of the speech events at the schools she taught at.

When Slawter was pregnant with her third child she quit teaching, due to financial reasons. During this time, Slawter went back to school at NKU to get her Masters.

“While I was getting that degree, I was in a speech professor’s class and he asked me if I would be interested in teaching an evening class. I said ‘Oh, yes. I would.’ So, that’s the way I started and that’s the way I wound up in the department of communication,” Slawter said.

Although speech and theatre are two different fields, Slawter thinks they’re more similar because both are performances.

“In speech making, it’s a performance, just like in theatre. You have to know what to do, how to act, what to look like, how to say it and it is a planned event,” Slawter said. “I think that public speaking is different in that you’re not behind the mask of a role—you’re yourself.”

Although she loves speeches, Slawter doesn’t do very many public speeches anymore.

“I’m not doing that outside speaking that I used to do. I haven’t done that in several years now. I don’t feel as prepared for that type of thing,” Slawter said.

Slawter still enjoys engaging and teaching her students in the classroom, and has many fond memories.

“I had one class that loved to surprise me,” Slawter said. “The first thing they did was, when I walked in, they were all huddled up like a tornado drill under their seats.”

Slawter said the class continued to surprise her throughout the semester by doing flash dances, singing happy birthday and waving to her from outside the classroom window.

“I walked in, and there was no one in the class. They’re all out there [outside] waving to me,” Slawter said.

Despite not actively speaking publicly anymore, Slawter still knows the importance of communication.

“In anything that you’re trying to move up in, the better public speaker you are, the better your edge on everyone else because not everyone can speak in public, feel comfortable with it and want to do it,” Slawter said.

“You don’t have to have a great GPA, but if you can speak to people and they believe what you’re saying and you’re good at it—you’re committed to getting a message across to people—that goes a long way.”