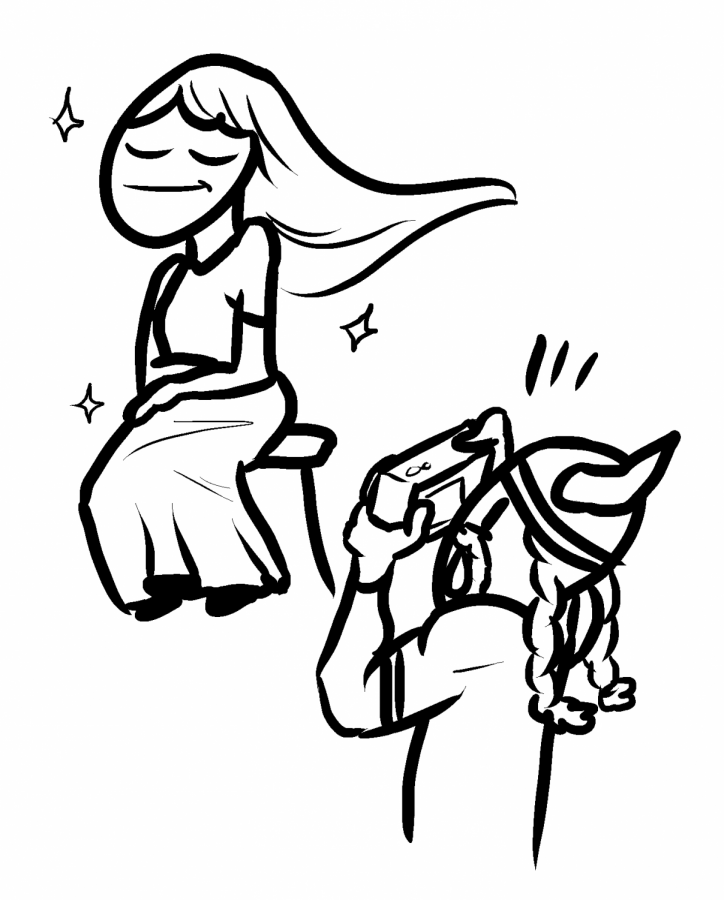 When the time came to begin planning events to celebrate Women’s History Month, director of the Norse Violence Prevention Center (NVP) Gabby Dralle found herself spending time in reflection. With the Time’s Up and #MeToo movement in full force, she took notice of present events and looked back on the transformative moments of her own life.

Raised by a single mother, Dralle was instilled with the idea that she was capable of anything. She said her mother taught her to never be afraid to “go for it,” and to work hard for any of her dreams. If Dralle wanted to be a CEO in a male-dominated industry, her mother told her she could do it.

While thinking about the women in her life, she was brought to the amazing women on NKU’s own campus, and all the work they do. From that reflection, a new initiative was created: Wise Women of NKU.

Each day in March, Dralle took to NVP’s social media to highlight one of 31 women who had a positive impact on campus and its surrounding community. The posts were then shared by related NKU social media accounts.

“When I think back about the people who have really shaped me into who I am, I think of all women.” Dralle said.

Dralle decided to host the initiative on social media because of the easy accessibility. She wanted to provide a simple way for others to be able to share the stories highlighted throughout the month, and to reach a larger audience. Dralle said many people have been receptive to the campaign online, and mentioned how they were able to learn about new women they had never known before.

100 nominations were received by the NVP. To decide which women to highlight in the series, a committee formed from representatives across campus.

Dralle remembered her time as an undergraduate, in which she worked under a female manager in the food service industry. She said she was inspired by the amazing work she did as a “leader in that arena.” She wanted other women to be recognized for standing out in their unique positions.

“I didn’t want to just focus on one particular mold of a woman,” Dralle said. “I think what makes us different is what makes us special.”

Dralle said the process of selecting and reaching out to the women was a learning opportunity. Though she knew some of the women, she didn’t know others, so she enjoyed getting to meet new people on campus and hear their stories.

Dralle said she can’t pick a favorite featured woman, as she finds each of their stories beautifully inspirational.

“They’re all incredible and that’s what I like, that they’re all different and unique,” Dralle said.

She did, however, say that it was a special experience to highlight Dr. Caroline Macke, an associate professor in social work who serves on the university’s Inclusive Excellence Council and is a leader with NKU’s Campus Climate Studies. Dralle said Macke has been a friend and mentor to her over the years.

“She was one of those women that I just was so thankful for, and then to get the opportunity to recognize her in this initiative was really special,” Dralle said.

Dralle hopes to expand Wise Women of NKU in the forthcoming years, coming up with other ideas to highlight the other women who were nominated and the thousands of other women who make an impact  on campus every day.

Dralle said she hoped that people recognize the power that women have through this initiative. She also hoped women could see parts of themselves in the women celebrated, and that they can look up to them. She hoped women would be proud to identify as a woman after seeing the stories of other women around them.

When she thought about advice to give to women, she remembered the advice given to her by women: appreciate the women in your life, show them what they mean to you and actively seek out mentors. Approach the women who you believe can teach you something, and ask if they would be that professional mentor for you for the future.

Dralle said, “I do feel like I am who I am because of the women I’ve learned from.”

We are thrilled to honor, Trayonna Barnes, as one of NKU's 31 Wise Women! Northern Kentucky University #CelebrateWomen