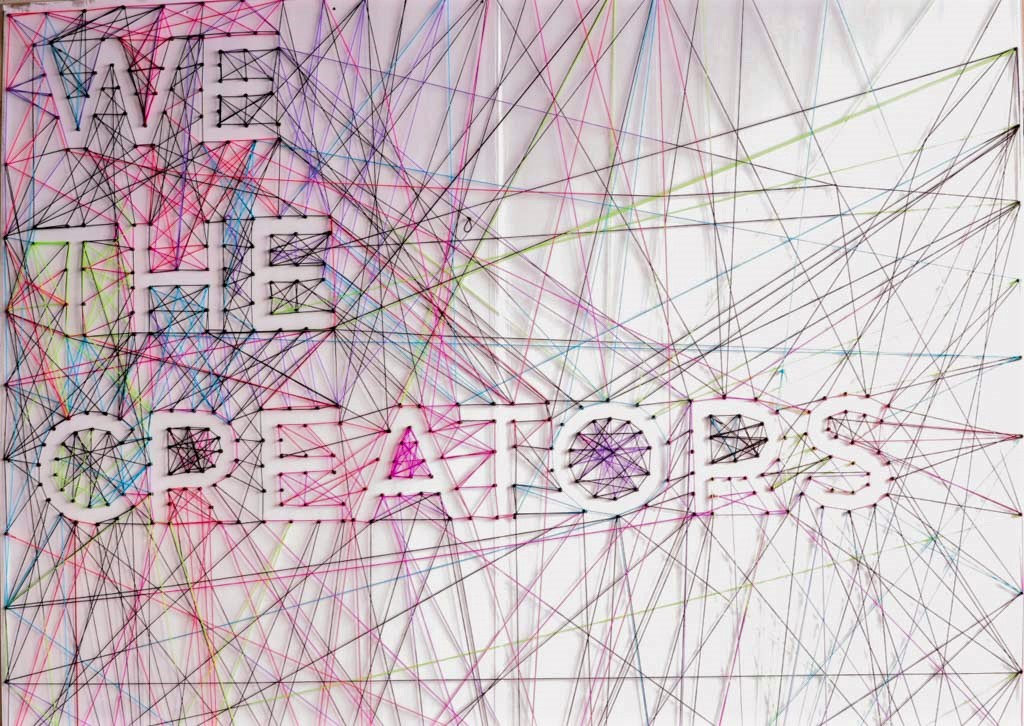 A web of colored yarn held together with thumbtacks forms the event’s logo. (Emerson Swoger)

A web of colored yarn held together with thumbtacks forms the event’s logo.

If it weren’t for the massive fleet of station wagons parked along the adjacent streets, you’d pass Felsenhaus without much of a second thought. A former Over-The-Rhine brewery, the brick building blends into the block’s weathered modesty.

The building’s lot is packed to capacity with cars, arranged chaotically within its fenced-in confines. Those lucky enough to find a space file in through a ramp out front, where a battered piece of plywood directs attendees inside.

“We The Creators: Enter,” it reads, punctuated with a painted-on arrow.

That “we” refers to the 180-plus artists who’ve purchased tickets to attend the event inside, organized by NKU freshman Preston Saunders. It’s an opportunity for local artists, models and videographers to experiment with surreal styles and network with fellow creatives.

The crowd is diverse at it gets: all races, genders and even ages are represented, from high schoolers just starting to pick up photography to seasoned baby boomers. Their fashion, however, is almost uniform. Designer fanny packs and Vans hi-tops are ever-present.

The collaboration among ticket-holders is sporadic, taking place rapidly and often wordlessly. Models take turns standing in front of backdrops or lighting fixtures, while camera-wielding masses gather around them to get snaps from different angles.

Bouncing from person to person, Saunders seems omnipresent. Already a fairly accomplished photographer in his own right (Saunders has over 10,000 followers on Instagram and a portfolio of dream-like work), he organized his first ‘We The Creators’ event in November as a way to bring the local art community together.

“It’s really cool to not only get to meet people on a level where you can meet with other creatives and models, but also get to meet future business partners—other creatives in the area who you can refer to or network with,”he says.

While the initial event (also hosted by Felsenhaus) mainly featured an array walls for photographers to shoot in front of, Saturday’s event focused on lighting.

On Felsenhaus’s first floor, antiquated “edison bulbs” hang from above like massive fireflies. To the right, a makeshift tunnel of cylindrical lights dramatically frame models, while yet another installation provides an intense backlight perfect for creating silhouettes.

Upstairs, Jaden Smith’s “Icon” throbs in the background as a decidedly edgier audience congregates around a suspended cube of light. Graffiti and the green glow give the scene a grimy aesthetic.

In total, it took Saunders 12 days and the help of his friends to set up the space.

“Think of this like a playground,” Saunders says. “How I play on the playground is a lot different than how somebody else might. What you do is your choice: I really want everyone to be free to express themselves.”

Jared Singleton and his cousin Nate West post up in a graffiti-covered corner. West is covered head to toe in cartoon alien prints, and masked by an extraterrestrial bandanna, while the more inconspicuously-dressed Singleton totes a camera.

They’ve made the trip from Lebanon, Ohio to “create and inspire beyond the usual,” as well as to meet fellow photographers, says Singleton. “Hence, his outfit.”

West bought his cosmic getup at Spencer’s last-minute before hitting the road. He unbuttons his alien shirt to reveal a Bob Ross tee underneath.

“We’re here to stick out: make a point, make people see us,” he says.

It’s their second time attending We the Creators. In November, West donned a Steampunk inspired costume, which he says was a big hit.

Though the pair spend their free time conducting horror-themed photo shoots in their hometown, this is the only local event they’ve heard of that lets artists in the photography scene meet up and shoot on site.

Nick Montag, a senior EMB major, says that this sort of networking is “almost everything” for photographers.

“If you want to get into real estate photography for example,” he says, “just by talking to people I’ve had people say, like, that’s what I do, here’s my card. Your network immediately expands just by saying ‘hi’ to people.”

Mainly, Montag’s into landscape photography, but he’s been taking more portraits lately, thanks to the We The Creators event held in November.

Downstairs, another pair of cousins take a break between shoots. Katelyn Nichole and Tamar Danielle drove two hours from Columbus to attend: they first heard about We the Creators through Instagram.

“I’ve been taking photos on ugly old Canons since I was a little kid,” she says. “I’ve always been into [photography]—stuff that catches your eye. We go to a lot of abandoned places we’ve had to sneak into: stores and stuff like that. We like the outdoors, too.”

Tickets for We The Creators went for $25 on Saturday. Although there isn’t a set date for the next event, Preston hopes to continue hosting them more often, solidifying a community in Cincinnati. You can follow the project here: facebook.com/We-The-Creators-316770528790339/. 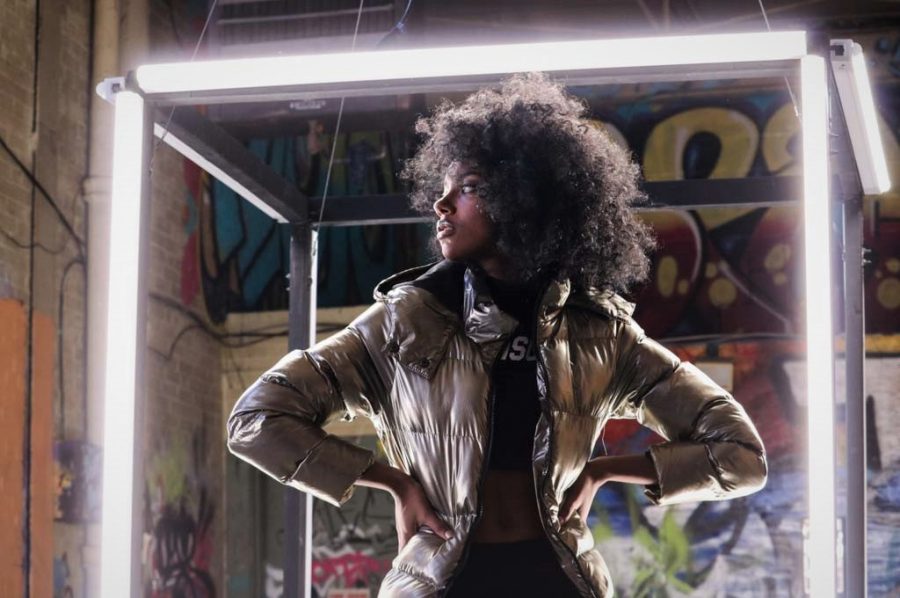