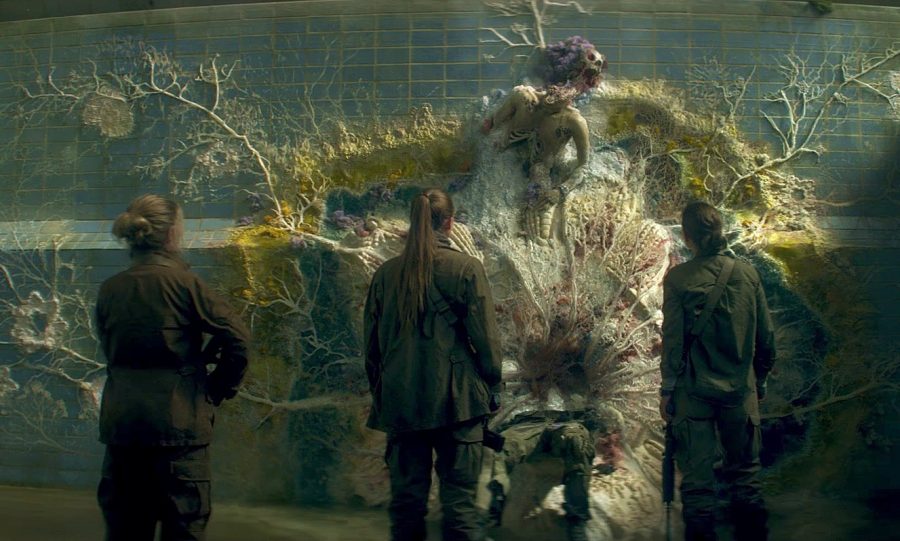 Annihilation is writer and director Alex Garland’s second directorial endeavor after the success of his artificially intelligent debut, Ex Machina, which pitted two geniuses against the wit of an android woman. While Annihilation has suffered from some distribution, marketing, and editing problems, including Garland publicly speaking out about his insistence that this film (and others) are meant for the big screen, the film is a step up from his previous directing effort.

Annihilation stars Natalie Portman as Lena, a former armed forces veteran and current renowned biology professor who comes to a classified government base to discover what happened to her husband after he was thought dead after a year, only for him to suddenly appear at her home. In this adaptation of the first novel of Jeff Vandermeer’s Southern Reach trilogy, Lena and a group of professional women take an expedition into the bowels of an anomaly—a southern Florida marshland inside a growing veil of light called “the shimmer” in order to discover its purpose.

Garland is first and foremost a writer, beginning his career early as a novelist, with a back catalog that includes The Beach, Sunshine, 28 Days Later and the underrated Dredd, his craft keeps the story riveting. The way the film weaves and paces itself is well done, as Garland makes some adjustments so Vandermeer’s popular story can fit the big screen. I do concede that at parts it dips into predictable horror beats, but you quickly forget as something more interesting is revealed. He uses a series of flashbacks to dive deeper into Lena’s marriage which doesn’t help the numerous Arrival comparisons, that feel natural considering some of the worldbuilding inside the shimmer.

At times the characterization of the four other women that accompany Lena on the expedition leaves just a little to be desired as their personas are developed through a sloppy and forced introduction in the first half, and later again in an expositional scene that feels eerily generic. With that being said, the performances themselves are great, with Jennifer Jason Leigh’s Dr. Ventress being a particular favorite as she slithers with soft-spoken whispers and emotional detachment toward her coworkers and the world in and outside of the shimmer.

While cinematography and visuals are not Garland’s strong suit as a director, his composition and lighting chops have vastly improved over Ex Machina; Annihilation’s prologue is bathed in a sort of fuzzy light that appeared hallucinogenic. Inside the shimmer however, the women are constantly followed in the wilderness by this pinkish-purple glow somewhere in frame, but inside shelter lies desolate spaces and earthly tone. The visuals themselves kick into overdrive near the climax and it’s a spectacle to behold with what I perceive as one of the best uses of lens flare in memory. Outside of the actual camera work and color grading, the set is executed in a way that makes you forget that it’s a science fiction film and not say, high fantasy as wildly innovative and mesmerizing flora and fauna literally meld or blur the lines between one another. Surrounding this worldbuilding is a soundtrack consisting of a singular acoustic guitar that suits the overly-green aesthetic well then gradually moves to more alienating synths as the setting itself gets less and less attached to humanity.

Annihilation is just another step in what has been a gallop for genre films in the 2010s, especially science-fiction works like Under the Skin, Gravity, and sister film, Arrival. While Annihilation wears its inspiration on its sleeve, Garland masterfully blends subgenres of sci-fi together to make a lovechild of 2001, The Thing, and even Avatar by employing heady psychedelic visuals, bodily horror and beautiful scenery respectively, the film manages to make something wholly original—the sum of its parts.

While Paramount expects the film to underperform due to it being “too intellectual” (the reason why they sold the international distribution rights to Netflix) and much like the gamble that was Blade Runner 2049, I think the film will find its audience and reward them, becoming successful and maybe even a classic in due time.