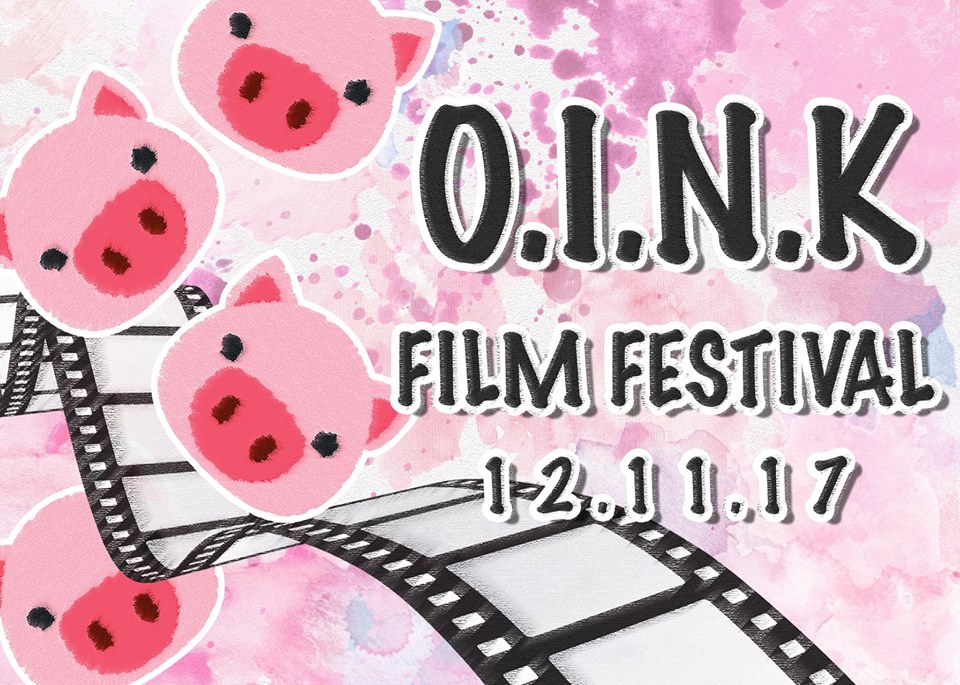 This is the second year for the event, inaugurated last year after the ReelAbilities film festival in Cincinnati was delayed.

“We were going to help screen for them, that was going to be our ‘we throw a festival’ part of it, the ReelAbilities festival got pushed back, so the main project was gone,” Drabik said.

Instead, the class organized OINK in just one month, inspiring the “impromptu” portion of the name.

“We kept the name because still only have 3 months to prepare for a festival is pretty impromptu,” Drabik said.

OINK accepted film submissions from people under the age of 25 or those enrolled in school. Local high school students alongside students from NKU, Miami University and Xavier University all sent submissions to the festival.

The festival received 40 submissions this year, of which 16 made it into OINK. Of those submissions, five main awards will be given out on Monday night.

Three genres of film will be highlighted: documentary, narrative and expressive/experimental. Then, the judges selected the winners from each category.

“From there there’s going to be two live awards granted, the judges are going to watch them for the first time and decide their favorite and there’s also going to be an audience choice,” Schultz said.

In addition to the screening of the films and awards given out there will also be workshops to kick the event off. Specifically, Drabik said there would be a RED camera demo from 5-5:30 p.m. and industry professionals demo from 5:30-6 p.m.

As part of the film festivals class, the students volunteered at the Heartland film festival in Indianapolis.

“One thing that I carried with me was the constant theme that they had,” Schultz said. “They had a consistent design everywhere; the pamphlet, the start screen.”

Last Monday, when they were finishing the brochure, Schultz also made the slides–a touch that he said brought an element of complexity.

Clay Wilson, senior electronic media and broadcasting major, said his favorite part will be on Monday when the entire even finally comes together.

“There’s a lot to learn from watching any film, but especially films that are made by your peers and what kind of stuff I as a filmmaker can do better and change about my style,” Wilson said.

Drabik said deciding which films made it into OINK was one of the most difficult aspects of putting the even on.

“I think it’s important for the students to realize that it’s hard and I think the decisions are of course based on quality but there’s more to it than that. You have to think about everything in the festival,” Drabik said.