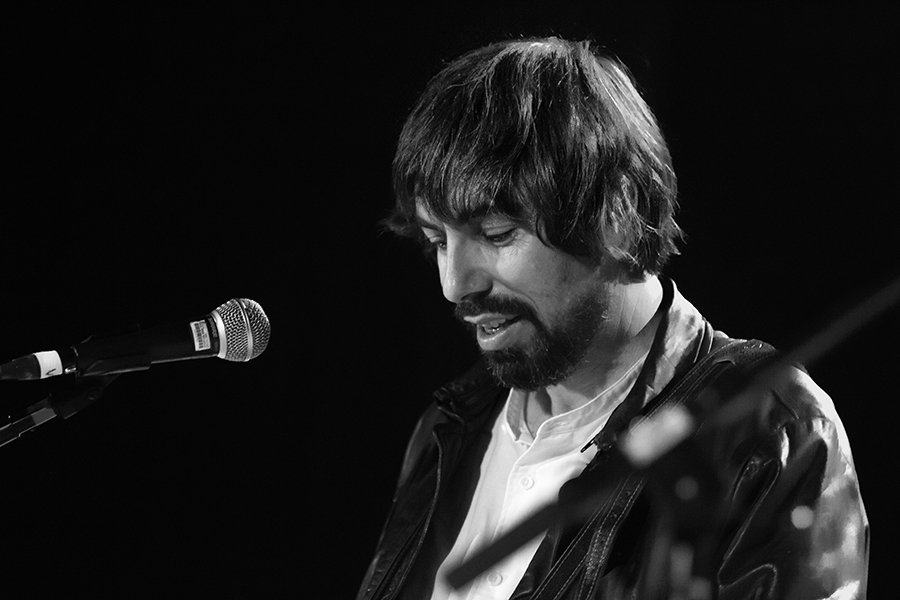 Broken Social Scene closed out the Taft Theatre on night one of Midpoint Music Festival.

Beyond the food trucks, lines of festival-goers sat against the outside wall of Taft Theatre and the Cincinnati Masonic Center, enjoying their glasses of Rhinegeist and savory crepes.

Inside Taft Theatre, the muffled sounds of Fat Possum Records’ Adam Torres emerged as his band ran through a set of jangly folk songs that felt at home in the atmosphere, marked with paintings on the ceiling.

Within the maze-like hallways of the Taft Theatre and Masonic Center were tables with companies selling hats and shirts, as well as a booth run by Shake It Records, who hauled about 10 crates of used records with them.

Following Torres on the Skyline Chili Stage in the Taft Theatre was Bedouin, a Los Angeles singer-songwriter who stood alone on stage with her guitar and microphone.

She performed a short set of slow-moving folk ballads while the crowd began to settle in, with more moving toward seats.

Bedouin’s set blended together, each song not feeling wholly different from the last. However, she seemed self-aware, joking midway that the next song was going to be amped up about “3-4 BPMs.”

Scottish indie rock band Frightened Rabbit took the stage in the theatre at 8:25 p.m., marking the first performance with a sizable audience.

Frightened Rabbit played Midpoint last year and expressed their love for the festival and the city of Cincinnati before starting their set.

The band played a 35 minute set full of energy, delivering one guitar-driven anthem after another.

The festival lineup times made it difficult to move from one major act to another. Frightened Rabbit’s performance ended at 9:10 p.m. while The New Pornographers started at 9:00 p.m. at the Central Parkway YMCA Stage in the Masonic Center.

The indie rock veterans took the stage and quickly jumped into their show.

The group played a career-spanning set of loud, fuzzed out, power pop tracks including “High Ticket Attractions,” the first single off their newest album Whiteout Conditions.

The New Pornographers brought a consistent buzzing while sharp spikes of feedback made their way out of the monitors with too much frequency. The steep stadium-style seating, dusky lighting and constant flow of people leaving and entering the room made for an atmosphere that was a far cry from the more traditional setting of the Taft Theatre.

The band’s set was largely bland and combined with the stagnate atmosphere of the room made the performance drone on a little too long.

While The New Pornographers performed, Pile churned through their own set on the Kia Supreme Stage in the Taft Ballroom.

The post punk group ripped through their set to a surprisingly still crowd while the sound bled through to the surrounding hallways.

At 10:00 p.m., 30 minutes before The New Pornographers’ set ended, Broken Social Scene took the stage in the Taft Theatre.

After their opening song, Ariel Engle joined the stage and was the first alteration to the constantly changing set up of the group.

Between songs, a member or two of the group would leave and be replaced with another, then a couple songs later they’d show back up while Engle took a break from the action.

In the middle of the performance, Broken Social Scene dedicated their following song to soul singer Charles Bradley who died earlier in the day.

The Toronto group’s baroque pop sound felt as if it was specifically made for the theatre, each song gradually building until it reached a whirring peak of guitars and horns.

Midpoint Music Festival had its fair share of large festival acts, despite the layout being unorthodox. It was easy to lose your way wandering between the Taft Theatre and the Masonic Center; while there wasn’t a whole lot going on outside of the performances, Midpoint did a solid job of showcasing a strong lineup. 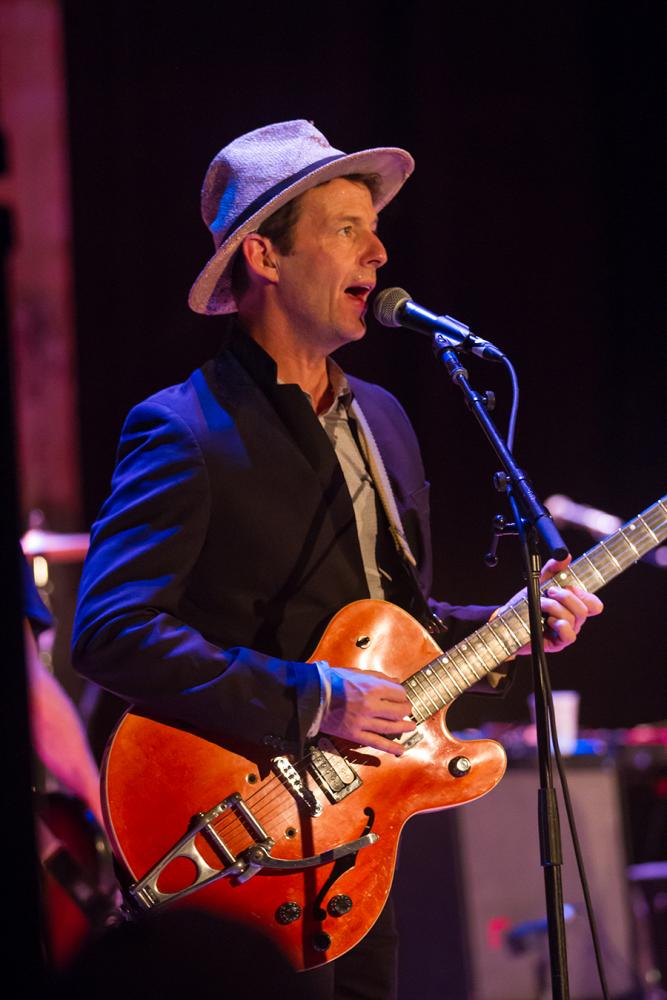