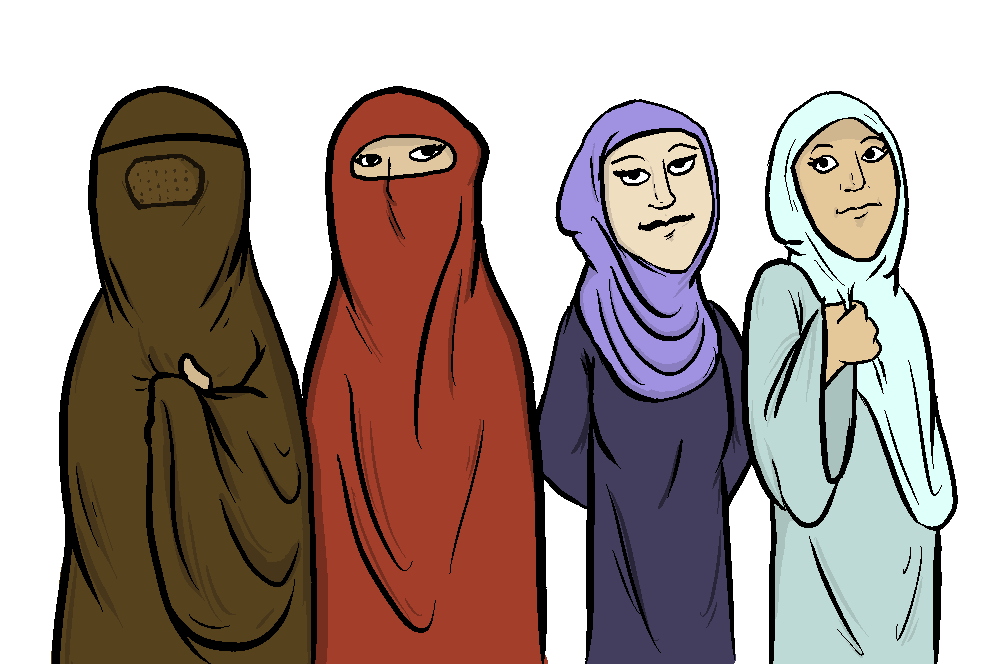 9/11 and Islam: One student’s perspective

September 11, 2001—10 members associated with extremist group Al-Qaeda attacked the World Trade Towers in New York City, NY marking 9/11 as a day that went down in American history. Each year, its anniversary is revered in silence, honoring the lives lost.

September 11, 2017—Allison Vesgas, a freshman political science major, logged into her Instagram. As she scrolled down her timeline, she laughed at a funny video of a cat stuck in a box and double tapped.

As she continued to scroll, her happiness quickly dissolved.

#STOPISLAM was trending with 51,000 posts

Vesgas closed her laptop and started to get ready for class. She placed her hair in a low bun and picked out a scarf that perfectly matched her outfit. She cautiously wrapped it around her head, which covered her neck and upper forehead but still showed her face.

She was very young when she heard about 9/11.

“I was in Peru when I heard the news; of course I was very sad, seeing people hurt is never a good thing,’ Vesgas said. “I remember that there was almost an international mourning.”

Vesgas was born in Lima, Peru and moved to the U.S. when she was just 4 years old, taking a flight from Lima to Miami and then to Cincinnati.

When her family moved to Cincinnati they didn’t know many people except for a few family members on her father’s side.

When she started school, Vesgas noticed differences in herself compared to other students. She struggled to speak with her peers since English was her second language. She also encountered kids being confused about her race because she’s darker than the “typical” Peruvian; most of her peers didn’t know that there were black or Afro-Peruvians.

“First impression is people think that I am North African, or maybe Arab,” Vesgas said.

She was raised Catholic and baptized at a young age. She went to church every Sunday but never had many feelings about her religion until she was 16 or 17 years old.

“Although I was Christian, I never really felt any connection to the faith. It just was there,” Vesgas said.

Before Vesgas converted to Islam, she said she didn’t feel intimidated as 9/11’s anniversary approached.

“I went to school like every other student,” Vesgas said. “I stood up during the moment of silence and was sad just like everyone else.”

During school, she began to realize how people talked about 9/11.

“Most were sad, but a lot of people attributed 9/11 with radical Islam instead of thinking that it was an extremist group they combined it with religion,” Vesgas said.

She thought about converting to Islam before spring break and converted fully after. She arrived back to school covered and wearing a hijab.

“My friends didn’t really say much and my teachers were really supportive,” Vesgas said. “They were so happy for me and complimented me on being Muslim, saying that I must practice great discipline.”

Although Vesgas found support at school, her family felt differently. They were worried for her.

Whenever she went to Peru to visit her family after she converted, she said she would receive questions and looks.

“Since I am a Muslim woman, I literally wear my religion,” Vesgas said, adding that what drew her to Islam is the idea that anyone can be Muslim. “Everyone talks about Islam and talks about peace–which it is peaceful–but it is more than that. You see people with tattoos, of all ethnicities. We all pray on the ground and no one is higher than the other.”

As she recalls, the days leading up to 9/11 are different now when she goes to school than prior to her conversion to Islam.

“It does sometimes come up in class, and I have to be prepared for whatever people will say,” said Vesgas, adding that she used to be scared of school but has grown more comfortable. “I know some women that have taken off their hijab because of the recent Islamophobia.”

According to a recent Pew Research Center study, Islam is one of the fastest-growing faiths in the U.S with 1.6 billion followers worldwide. At NKU, there are many organizations like the Muslim Student Association where students can learn more about Islam and meet Muslim students on campus.

“I don’t think people should feel like they have to act differently around me,” Vesgas said.

She’s involved in organizations across campus, including the Latino mentor program and she serves as an SGA senator.

“We all know that 9/11 was a sad event; it was terrible. I am American too so it hurts me as well, but this act of terrorism is not a reflection on Islam. The religion still encourages respect and love, not hate,” Vesgas said. “As a Muslim, I respect everyone. I can’t be the spokesperson for all Muslims and for all my labels but for me, personally, I have a great love for everyone.”