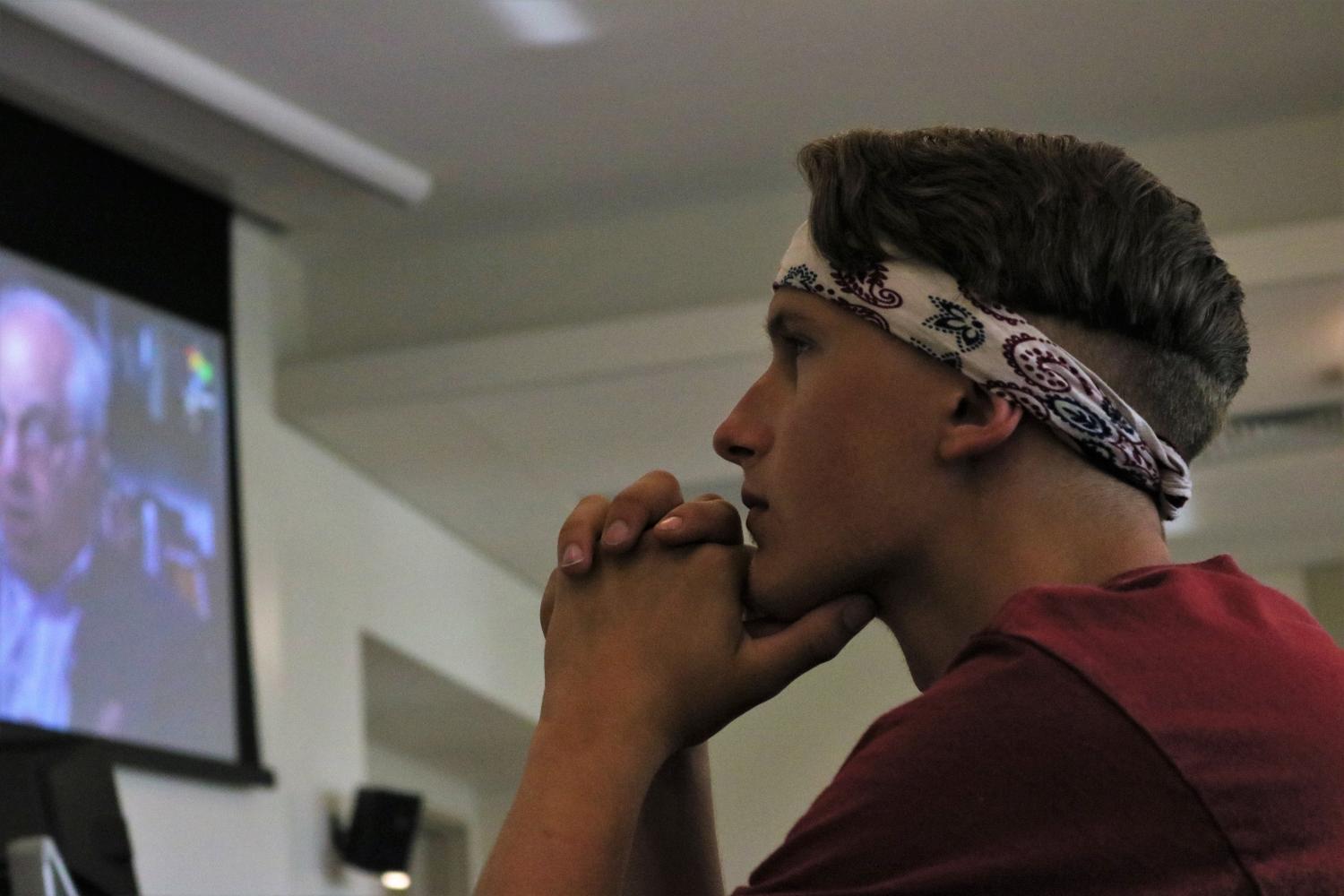 “I didn’t just wake up one day with a hammer and sickle in my hands,” said Benjamin Sanning, toying with the frayed sleeves of his hoodie. “It was a slow evolution.”

Joined on a Student Union sofa by two of his fellow club members, the figurehead of NKU Student Socialists considered his organization’s first official meeting — held in Griffin Hall on Friday at 6 p.m. — the end of a sustained effort to form an activist group on campus.

Through these connections, Sanning became involved with Socialist Alternative, a Trotskyist political party active across the country, who suggested he start his own student-run chapter of the group at NKU.

Trotskyism is a sub-category of socialist belief named after expelled Bolshevik revolutionary Leon Trotsky who believes in sustained revolution.

“I’d had a little bit of practice forming student-run organizations on campus,” Sanning said. “I’ve tried and failed once before, but this time, I think we’re succeeding.”

His effort to coordinate NKU Socialist Students began at the tail end of summer vacation. Before move-in day, Sanning distributed 800 fliers among each of NKU’s dorms and set up a booth at Fresh Fusion. If you’ve walked through the Student Union this week, you’ve probably seen the club tabling beside Starbucks.

One of the aforementioned fliers found its way to Austin Snelling, a freshman journalism major.

“My mom, who’s very supportive, saw the flier in the dorm when I moved in,” he said. “She showed it to me and said, ‘you should join.’ I was like, ‘I’m definitely going to.’”

Although Snelling’s found support from his mother, his socialist beliefs — which were fully realized during Bernie Sanders’ stint as a Democratic primary candidate — often clash with those of his father, a Donald Trump voter.

“While we can have intelligent disagreements,” Snelling said, “I still don’t know if he’s okay with socialism. He doesn’t see it as something that’s legitimate yet. But I think it’s healthy to have people that oppose you, with different viewpoints. It gives you more perspective. A lot of people have their own personal conservative or leftist bubble, and they don’t really learn anything.”

Noël Waltz, a sophomore and a fellow journalism major who sat across from Snelling, also mentioned that her views conflicted with those of family members.

“My parents are not socialist at all,” she said. “They’re more right-wing. But most of my friends are more left-leaning.”

She said she identifies with NKU Student Socialists’ mission due to the failures of capitalism: the system’s inability to provide all of its citizens with basic needs and rights.

“I believe in the equality of all people,” Waltz said. “I believe everyone should have the chance to make a living wage and to get the healthcare that they need. It’s outrageous that someone can get into an accident and have to go into debt because they went to the ER.”

The club meeting Friday evening sought to find ways to apply these views to NKU’s campus.

About 12 students attended, and though Sanning helped lead discussions, the meeting proceeded democratically. The attendees brainstormed goals for the Student Socialists to carry out over the course of the year.

“We’re trying to push for a $10 minimum wage for all student and staff workers,” Sanning said. “We all need to be paid a living wage. And we’re going to be counter-protesting the hate-preachers on campus.”

Waltz said that attendees helped preemptively make signs to hold, should the opportunity to counter-protest arise.

“I think that further-left views are becoming more acceptable,” Snelling said, explaining why 2017 is a time that makes sense for a socialist club to crop up on campus, “because right now we have a president that’s very right-wing. We call that accelerationism: he’s a polarizing figure and he tends to push people one way or another.”

Sanning said that socialist belief has always been present in American society.

“In the 1910s, 30s and all the way up to the 1950s, it was a very legitimate, popular political party in the United States,” said Sanning. “Under Eugene V. Debs, the Socialist Party had of 6 million members. That was somewhere around 15 percent to 18 percent of the population at the time.”

Snelling hopes that what he perceives as misconceptions about socialism won’t prevent those interested from checking out the club.

“Socialism is used as a fear word,” he said. “When people hear socialism and they think Stalin, Mao or North Korea, that’s not what socialism in America is. On campus we’re not going to start seizing property. We are really just trying to help out the little guy.”

Sanning said that the club welcomes anyone interested in the cause, and that there’s even a self-proclaimed capitalist who is now a member, helping the group organize events.

“It’s a thermostat to gauge how well we’re able to win people over,” Sanning said.

For those interested in socialism, Sanning admitted that there isn’t any great introductory text available. He recommends jumping into research and visiting marxists.org — an archive of socialists texts — or finding YouTube videos of Bernie Sanders’ earlier primary debates.

He also recommended looking up socialist thinkers like Malcom X, Eugene V. Debs and Woody Guthrie. One can also reach out to the club’s faculty advisor, sociology professor Dr. Nicole Grant, who was chosen on the merit of her office door, covered in what the interviewees considered “cool stickers.”

“We’re open to everybody, for free,” said Sanning.